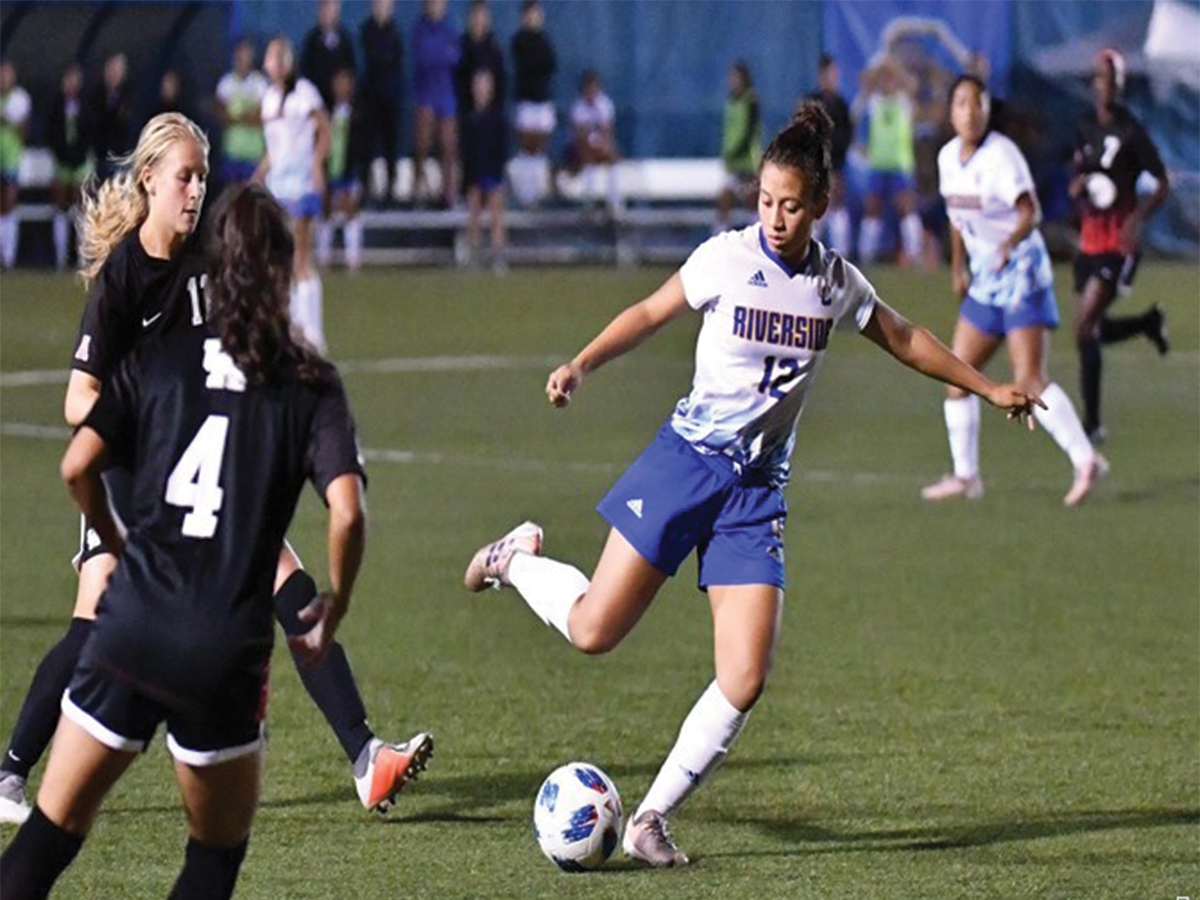 UCR’s women’s soccer team has kicked off its 2018-19 season in historical fashion. Through 10 games the team is yet to lose and still stands tall with a 9-0-1 record, the program’s best start to a season since 2004.

After only winning eight games throughout the entirety of last season it seems only natural to ask how a start this good is even possible. According to Head Coach Nat Gonzalez and senior midfielder Maddie Feist, it all started during the first day of the offseason. “The day after season ended last year we refocused and started recharging and everyone on the team committed to winning and what we want to do this season,” Feist said. “Everyone buying in has been big.”

Coach Gonzalez added to the idea of the team uniting and having a similar motivation. Gonzalez said his team is “tired of being called underdogs. We’ve been trying to get rid of that mentality … and a lot of that starts with training right.” Feist was able to explain her motivation in simpler terms saying, “Personally, that’s my biggest motivation. I want to prove people wrong and we’re definitely capable of that.”

It’s safe to say the Highlanders have been proving plenty of people wrong with a winning streak this large and Feist has been a huge part of what has made them successful. On Friday, Sept. 21, Feist was able to notch her sixth goal of the season by kicking in a rocket from distance to give her team a 1-0 lead, and their ninth win of the season.

Gonzalez also cited an increased intensity during practice and excellent leadership from his seniors as reasons why the team has been able to start the season this well. “The practice intensity does not need to be coached,” the sixth-year head coach said. “The leaders are leading in that department and the new players are coming in and understanding and the learning curve has been a lot shorter.”

Gonzalez’s goal is still the same as it is every season: He wants to qualify for the NCAA tournament and believes these pre-conference victories can help them make the cut, “I’m hoping with our RPI and with getting the wins we’ve gotten, obviously winning our conference will be a huge part of that, but hopefully we can do that this year.” The Highlanders haven’t qualified for the NCAA tournament since 2005.

Making the NCAA tournament is an extremely tall task for any team, but perhaps even more so from a team who only won eight games last year. However, if this team has shown anything through these first 10 games, it’s that they’re not the same team they were a year ago and they’re tired of being overlooked. They are also extremely motivated and not satisfied with just these nine wins as Feist explained, “It’s exciting, but we try to brush it off. Every game is a new day.”

The Highlanders will look to carry the momentum from this historic start into their conference opener against Cal State Fullerton on Sept. 30 at 7 p.m.