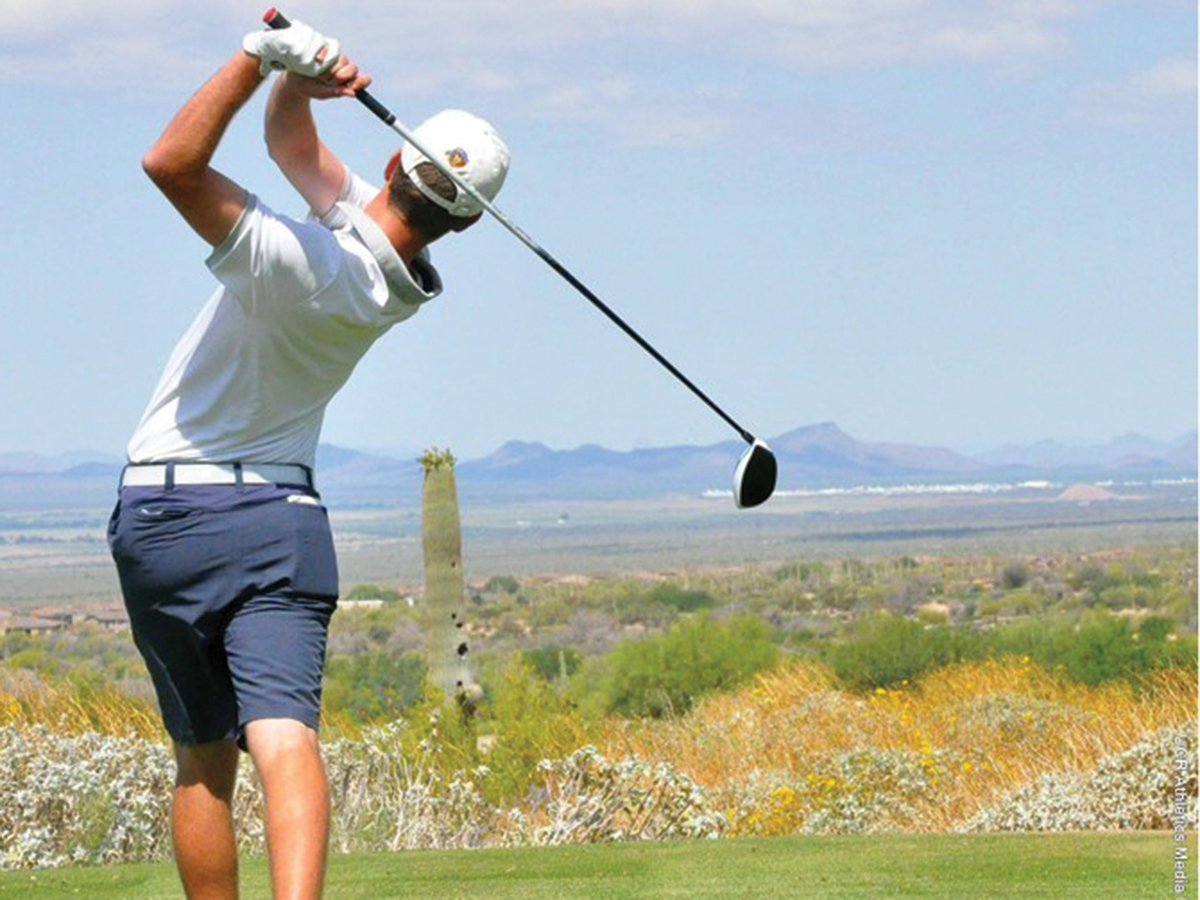 Riverside’s men’s golf team participated in the Mark Simpson Intercollegiate in Erie, Colorado, where they finished 14th out of 16 teams that competed. The tournament took place Sept. 24 and 25.

Despite how the result may look on paper, Head Coach Rick Todd felt different than most people would about his team’s finish. “For the first tournament of the year we did pretty good,” Todd said.

Instead of citing results as a reason why the tournament went well, Todd focused more on his team getting along on their first trip, which he sees as a crucial step in becoming a good team. “These kids are bonding together. They’re like brothers so that’s a good thing. Good trip.”

One positive takeaway from this tournament was the play of freshman Eddy Yi who finished with the second lowest score on the team. “He was great,” Todd said. “It was more than I expected. Usually kids, especially true freshmen right out of the box, are a little nervous (and) make some unforced errors, but this kid handles himself well and did a great job.”

The tournament was played in harsh conditions, especially in the second round when the wind picked up and the temperature dropped to about 40 degrees. Despite the tough conditions, the Highlanders were actually able to make up ground due to where they were on the golf course. “We could’ve been on the real hard holes,” Todd explained. “We actually weren’t in the second round so we made up some ground. “

The wind also provided senior Andrew Spillman to play what Todd called, “condition-wise, the best I’ve seen him shoot. He shot two under par which was phenomenal.” Todd explained, “Not too many guys shot under par the second round because it got that difficult.”

Todd was quick to let go of this result because he felt his team gave 100 percent and it was also the team’s first tournament of the year compared to opposing teams who were competing in their third tournament.

The most important thing to the fourth-year head coach was making sure the newest members on his team felt comfortable. “First thing on the first trip is making sure everyone gets along with the new kids,” Todd said. “Make them feel like they’re part of our family now.” Todd sees the bond between teammates as a “sign of a good team” and he feels this trip has helped make them a better team.

The Highlanders’ next tournament will start Monday, Oct. 1 at Fresno State University.