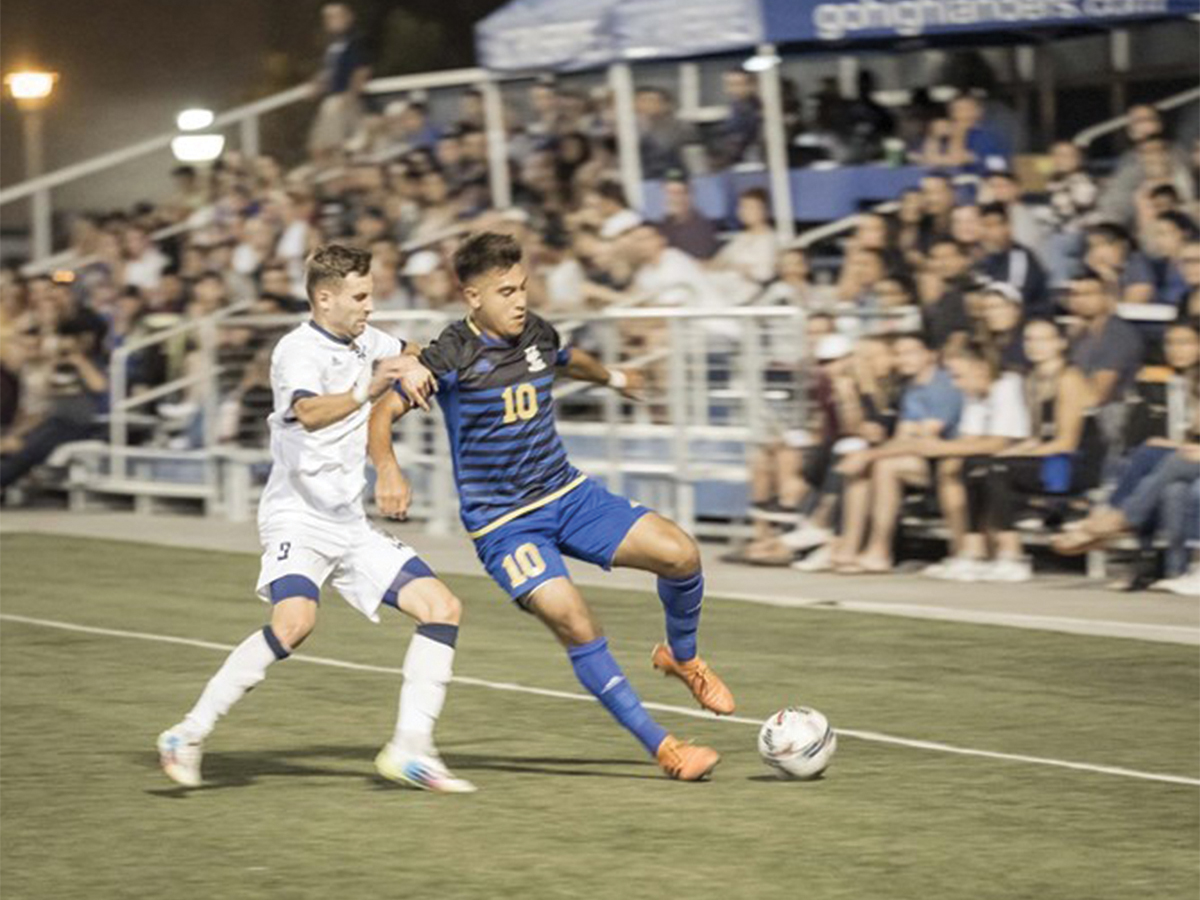 The Highlanders struggled to find the back of the net and contain the Irvine offense for most of the night. They had several opportunities in the first half but failed to capitalize, instead giving up two goals in the 20th and 35th minutes, respectively.

UCI put in their final goal of the night in the 58th minute, thanks to a well-placed lob pass that went over the UCR defense, leading to a short pass to UCI redshirt sophomore Christian Gutierrez who eventually found the net for a 3-0 lead. The sequence served as a theme for the entire night, as UCR failed to convert on deep passes and defend against UCI’s chances.

“Disappointing result, we just had a bit of an off night,” Head Coach Tim Cupello said after the game, “We’ve been on a roll for the past couple of weeks, but tonight we were a step too slow defensively.”

UCR failed to find a rhythm throughout the match, which showed as the team constantly avoided the middle and attempted attacking from the side. UCI on the other hand, worked the Riverside defense all night and was able to weave its way through the open center of the pitch. Through this, Irvine dominated the pace of the game thanks to their stellar ball placement, causing the Highlanders to play catch-up for most of the night.

“They were crowding the center of the field, so it was hard to get the ball out there,” Cupello stated, explaining that, “We tried to get the ball out wide. We got some dangerous services from wide areas that we just didn’t finish. There were a couple of times we got the ball about 8 yards out, and slow rolled to the keeper instead of a strong finish.”

Riverside would eventually score their only goal of the night in the 90th minute, off a 20-yard free kick from sophomore David Aguirre. This marks the second-year’s fourth goal of the season, three of which have been scored in the 85th minute or later. The team had seven shots in the game overall, and five on goal. Edwyn Gutierrez (junior) added three saves on the night.

UCR continues conference play on the road this Sat. Oct. 6, when they’ll play Cal Poly. Live streaming is available on BigWest.TV and the game starts at 7 p.m.