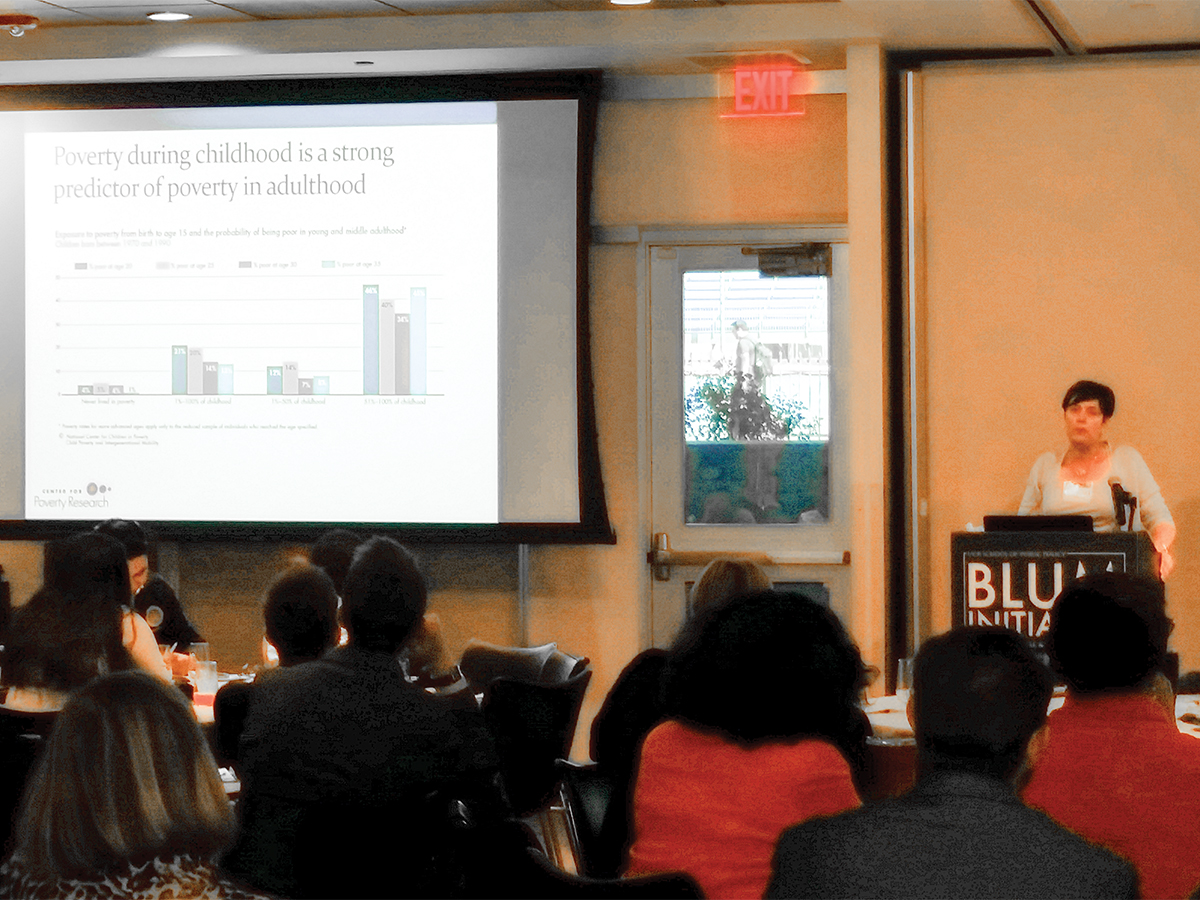 The Inland Empire Poverty Summit was a conference held jointly by the UCR Blum Initiative on Global and Regional Poverty, a research program dedicated to understanding and combating regional poverty, and CalEITC4Me, a partnership between public and private entities with the goal of spreading awareness about the EITC. The event was held on Monday, Oct. 15, and featured notable speaker Gene Sperling, the head of the national economic council under both the Clinton and Obama administrations. The summit focused on various research and efforts to combat poverty in the Inland Empire.

The Earned Income Tax Credit (EITC), a refundable tax credit typically provided to low-income individuals and families, was a major focus. EITC is considered a tool to help alleviate the effects of poverty and has helped many, according to the House Committee on Ways and Means’ report which states that over $57 billion was returned to taxpayers in 2013. Sperling played a major role in expanding the EITC under President Bill Clinton and explained why it was popular at the time.

“This was a proposal to increase the federal earned income tax credit. At the time … it would hardly go to anybody making over 20,000,” said Sperling, “And yet because it looped in through this basic value that was broader than any group — the idea that if you worked, if you tried — that you should be able to raise your family and live with a degree of dignity, had such a power to it, that I believe that it was among the top one or two most popular things we said.”

After Sperling recounted his political career and addressed poverty on a larger, more general scale, researchers from universities such as UCLA and UC Davis dove deeper into the causes and effects of poverty. Presentations focused on a variety of issues, including circumstances which affect poverty and what measures can be taken to combat poverty. Research from the Blum Initiative suggests that poverty rates in the Inland Empire are higher than in the U.S. and California. However, the report also suggests that poverty rates declined overall between 2001 and 2015.

Marianne Page, UC Davis professor of economics and director of the Center for Poverty Research, discussed child poverty in California. “California has the dubious honor of having the highest child poverty rate in the country,” said Page. Her research suggests that programs such as the EITC and CalFresh can help improve a child’s odds of escaping poverty later in life. “The benefits (these projects) project way into the future may also actually increase tax revenues, reduce medical expenses, making them a much more valuable investment then we might have originally thought.”

Abel Valenzuela, UCLA professor of urban planning and Chicano studies and director of the UCLA Institute for Research on Labor and Employment, also presented at the summit. He talked about how labor students’ narratives and engagement with their community can help with “providing different sorts of opportunities to build and create community-based organizations that perhaps … provide more agency to the workers themselves who reflect the student body who engage with us in these classrooms.”

The presentations were aimed at informing the community and local groups and policymakers about the causes and effects of, as well as potential solutions for, poverty in the Inland Empire. The EITC was promoted as an important tool in combating economic insecurity. The audience consisted of various non-profits, community leaders, policymakers and others, all of whom try to either help people dealing with poverty or promote and enact policies which target the issue of poverty in the region. Some groups in attendance included No Kid Hungry and the County of Riverside Community Action Partnership.

As part of UCR’s School of Public Policy, the Blum Initiative seeks to inform new generations of policymakers about various social and environmental issues. They use evidence-based research to better understand the issues on which they craft policy, and also look at both local and global issues.

Editor’s note: A previous version of this story contained information regarding an upcoming event for Oct. 24, suggesting it was hosted by or associated with the Blum Initiative. The Initiative, however, is not affiliated with this event.