Highlander
Home Radar “Castlevania” is a sliver of hope for the future of video game... 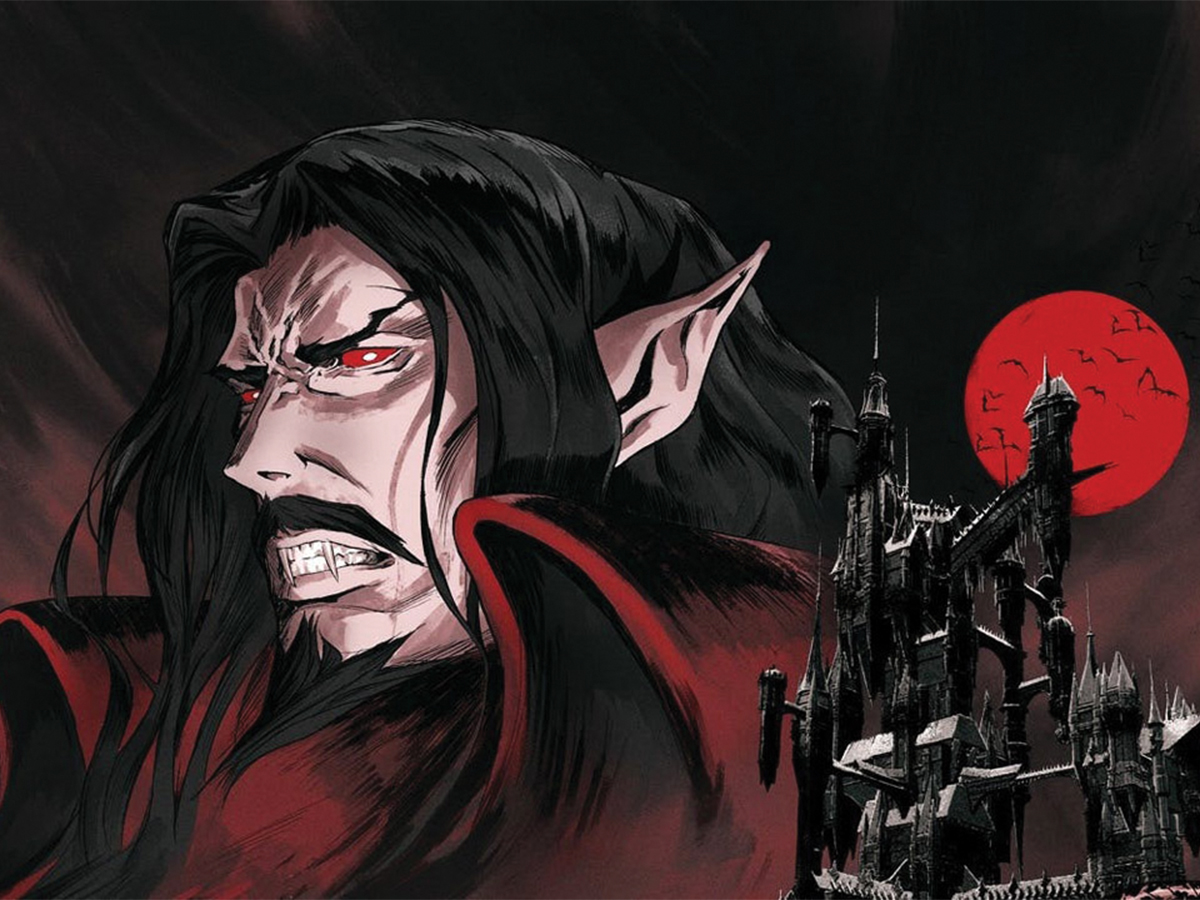 The first season of “Castlevania,” which premiered on Netflix last July, stood out as one of the most compelling and unexpectedly released projects on the platform (with little to no marketing for the series, it simply showed up on the site). While four measly 20-minute episodes can hardly be called a season, from its start, the show lured viewers into a captivating world of demons and vampire hunters that made every minute count. By the time it was over, viewers were left wanting more, and with the announcement of a follow up season shortly after release, “Castlevania” promised to deliver.

The series follows Trevor Belmont, the last son of the legendary house of Belmont (an ancient bloodline of vampire hunters) who joins forces with wandering sorceress, Sypha, and Dracula’s own son, Alucard, to put an end to the vampire war on humanity.

With only eight episodes this second season is still far from the 13-24 episode format that viewers are accustomed to. That being said, it picks up right where the first season left off, and accomplishes some rather dense world building that wasn’t entirely fleshed out by season one’s short run time. In just the first two episodes, we learn about vampire society, the inner workings of Dracula’s army and get some nice character development for our main antagonist.

The plotline that develops here is also nice, as it’s loosely based on the video game series without requiring prior knowledge or heavy investment in the lore. Although it is worth noting that there are tons of callbacks to these games as well as nods to the lore of the expanded Castlevania universe, the references are so plentiful that even those who have only played one installment can find some enjoyment in them.

Admittedly, season two’s initial start is rather slow-paced, and most of the world building and exposition is crammed into the first two episodes. However, once we get back to our main trio, the story really kicks it into gear. All three of our protagonists feel very fleshed out, and even Sypha (who arguably has the fewest stakes in the conflict) is important to driving the story forward and makes her screen time enjoyable; even when it drags us away from Alucard, who by far takes the spotlight in the character development department this season. This is all in addition to the fact that the last three episodes contain some of the best animated and most exciting scenes I’ve seen all year, which completely justify the small cuts in production quality that are slightly noticeable in other episodes.

With its darker tones and undeniable character, one can only hope that “Castlevania” helps start a trend of more large-budget animated features that aren’t family centric or outright comedic. Another Netflix original, “Bojack Horseman,” has been a forerunner for the medium, showing just how successful creative animation for adults can be. With enormous CGI budgets in most summer blockbusters, the demand for over the top and stylized stories is undeniable. And not only does a fully animated feature offer an alternative to the enormous amount of resources devoted to CG, but it can also serve a solution to the break in immersion that CGI can cause in live action films.

This offers a solution to Hollywood’s ongoing struggle with video game adaptations being notoriously awful. From the “Super Mario Bros” and “Mortal Kombat” films of the 90s to the more recent “Prince of Persia: The Sands of Time” and “Assassin’s Creed,” live action production has never quite been able to capture the essence of the beloved source material it attempts to adapt. This is largely in part due to the difficulties that naturally arise from shifting from a 2D to 3D medium. However, animation not only shows potential to be a great way to adapt video games, but has already proven itself with cult classics like 1993’s “Street Fighter II: The Animated Movie.”

Animation is an untapped gold mine that the likes of Disney and Dreamworks have only scratched the surface of. The endless amount of stories that haven’t been told and worlds yet to be explored, can only be discovered with more projects like “Castlevania.” Projects that, although at first glance seem like they won’t garner much popularity, have the ability to cultivate the stagnant mainstream of animated features.