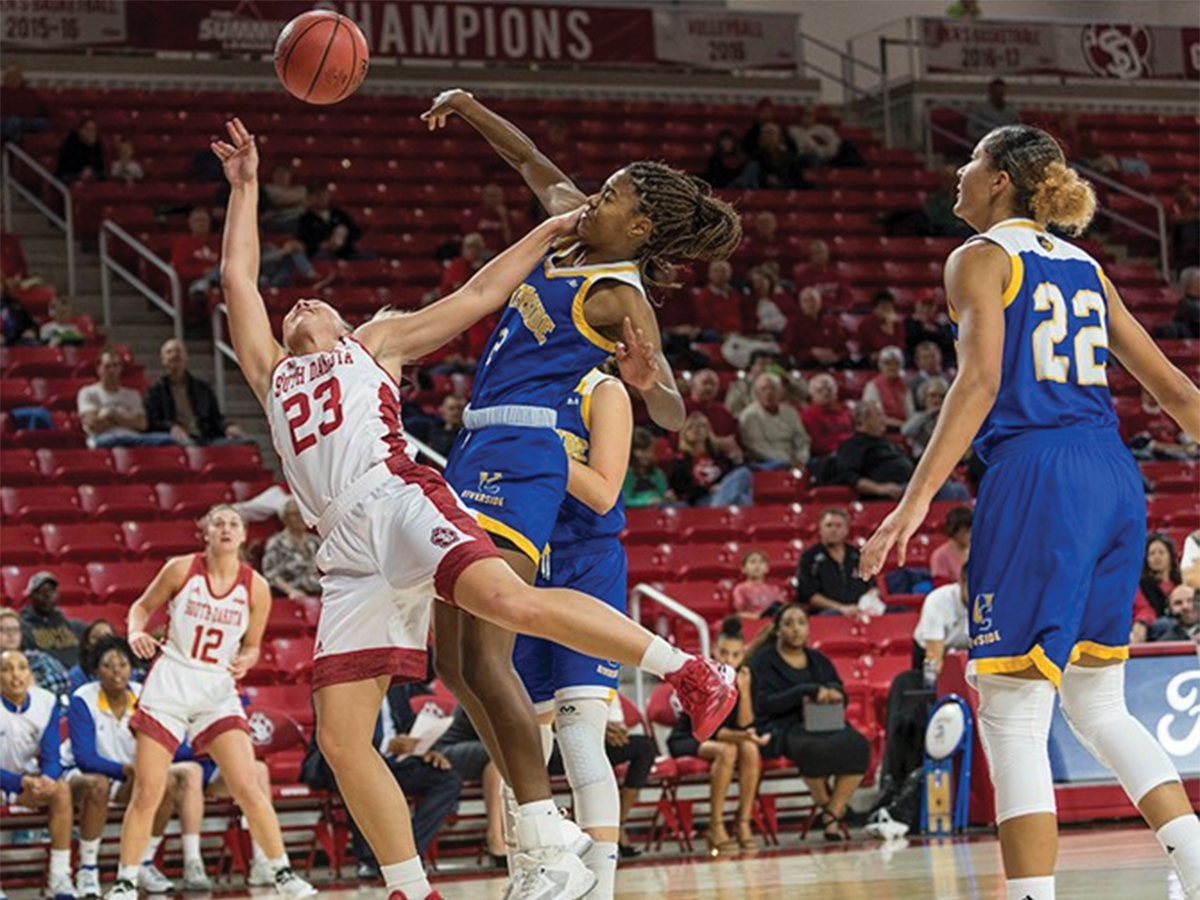 The Highlanders kicked off their season with a tough road game Tuesday, Nov. 6 against the University of Southern California. Although Riverside had stretches in which they played well, the team was ultimately outplayed and fell 73-55.

One of those stretches in which UCR played took place in the second quarter. The Highlanders went on a 13-0 scoring run, while shooting 50 percent in the quarter. Riverside also played well on the defensive end, holding USC to only nine points to tie the game at 30-a-piece going into halftime.

The momentum would not roll over into the third quarter for the Highlanders as USC came out of halftime shooting a blistering 64 percent from the field and outscored Riverside by a total of 15 points. In the final quarter of play, the Trojans outscored UCR 16-13.

Senior forward Malou De Kergret led the way in scoring for UCR, totaling 17 points on 50 percent shooting from the field. Junior forward Marina Ewodo also had a big game, ending the night with 13 points and 13 rebounds, recording her first double-double of the season.

The Highlanders showed a clear lack of depth after losing two of their best players to graduation in guards Lauren Holt and Michelle Curry. Only three players scored in double figures, and only six scored out of the 10 players who saw time on the floor.

UCR traveled to Brigham Young University to take on the Cougars Friday, Nov. 9. This game was a tight one throughout and took an overtime period to settle. Sophomore guard Tianna Eaton had a chance to win the game with a three-point shot but failed to convert as time expired with BYU ahead 72-70.

The Highlanders and the Cougars were seemingly trading blows all night, with 12 ties and 13 lead changes in this game highlighting the fight both teams were displaying.

Riverside only played seven players in this one, four of which had 15 or more points. Ewodo tallied her second double-double of the season, totaling 15 points and 10 rebounds in 45 minutes of action. While these players did score 15 or more, it’s worth noting that the majority of the players weren’t scoring efficiently. The only one who did was De Kergret who shot 5-7 from the field for 15 points.

The lack of efficiency didn’t hurt the Highlanders too much, mainly because BYU also struggled to shoot well. The Cougars ended the night shooting 38 percent from the floor while Riverside was just a bit lower at 33 percent.

The Highlanders will close out their road trip against Oklahoma State before returning home to face Southern Utah.

Head Coach John Margaritis told gohighlanders.com that he set up these three tough road games to start the season with a reason in mind. “We start with three really good teams on the road,” Margaritis said. “Hopefully we learn from it and it helps us succeed later on in the season.”