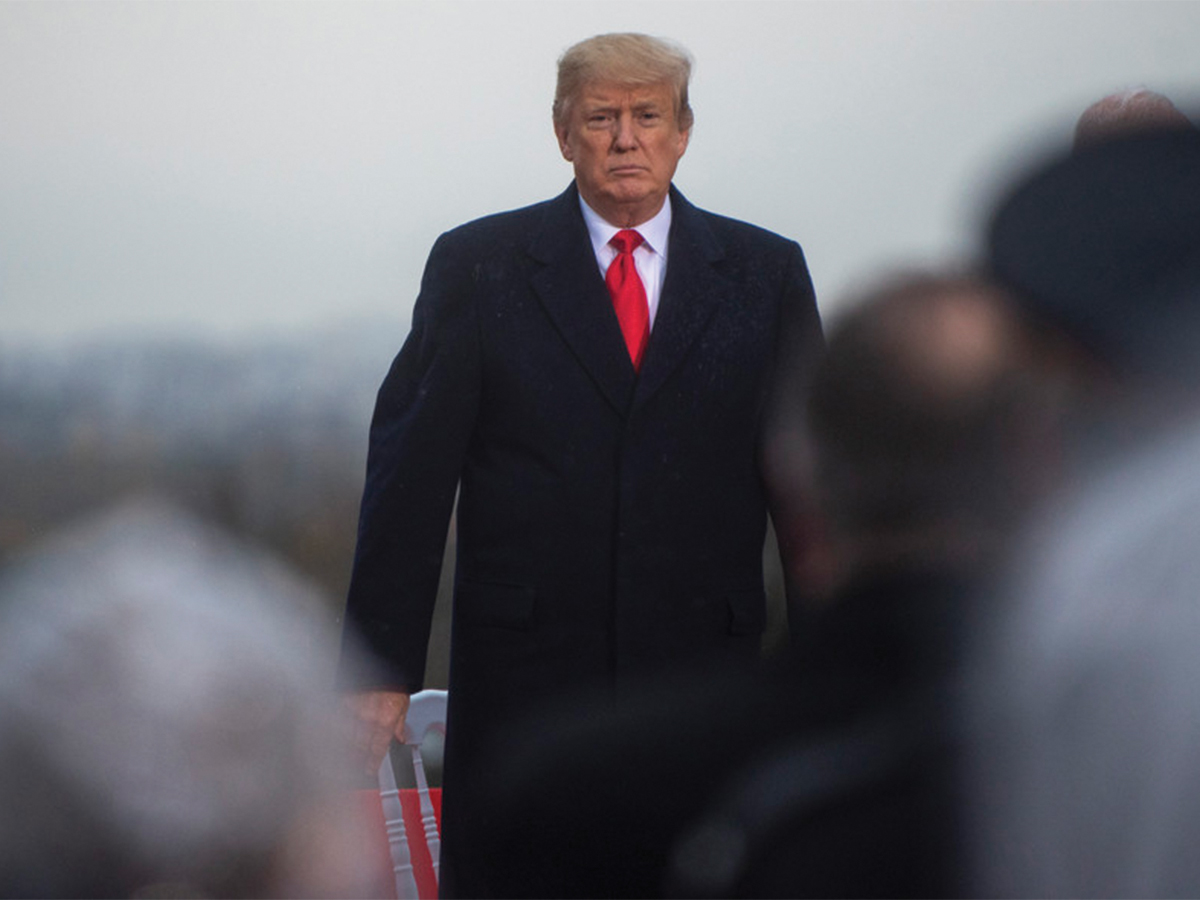 At a World War I commemoration event on Nov. 11 in Paris, President Emmanuel Macron of France seemed to directly address the concern surrounding President Trump recently proclaiming himself a nationalist. In his speech at the remembrance ceremony, Macron made a clear distinction between nationalism and patriotism, saying that when nationalism, the “exact opposite” of patriotism, becomes normalized, the moral values of a nation diminish. He went on to say that the soldiers of World War I fought to reject “the selfishness of nations only looking after their own interests.” Trump, in the audience during Macron’s speech, nodded without showing any signs of reaction when listening to the translation.

The moment Macron might be referring to in his speech refers to a rally in Houston on Oct. 23, in which Trump made headlines for tossing aside all historical associations with the word “nationalist” and claimed himself to be one. At the rally, Trump expressed his understanding that the word was tabooed but then tried to soften the meaning to be synonymous to patriotism. “I’m a nationalist, O.K.? I’m a nationalist. Nationalist! Use that word! Use that word!”

The idea that Trump might be aware of examples like Japan and Italy in which nationalism went extremely awry but is still choosing to be proud of that title wouldn’t be very surprising; he has become well-known for his “America First” catchphrase when it comes to describing his stance on foreign policy relations, which has already alienated several key U.S. allies. Trump has continuously pushed for the North Atlantic Treaty Organization (NATO) to be shut down under the false pretense that America is paying for nearly all of the costs (the U.S. pays for about a fifth of NATO’s direct funding), consequently contributing to tensions with members of the G7 including German Chancellor Angela Merkel and Canadian Prime Minister Justin Trudeau.

Another popular trait of nationalism is to also label anything that falls outside of the common unifying ideas of the people and state as the enemy. Using this framework, the press has been repeatedly demonized by Trump, who has actively mobilized his base to condemn them as the “enemy of the people,” disregarding the fact that the press has a constitutional right to report freely on the affairs of the government. Despite Trump’s self-generated definition that nationalism is a means of unification and patriotism, it’s actually heavily based on exclusion, division and can include isolation.

However, Trump also seems to only know one way to handle suspected critics, so he responded to Macron’s comments in a predictable manner: he took to Twitter to take jabs at Macron’s low approval ratings and France’s higher unemployment rate compared to the U.S. He then mentioned in the same tweet that there is no country more nationalist than France, “and rightfully so!” and added “MAKE FRANCE GREAT AGAIN” in follow-up tweets. Overall these tweets essentially speak to the typical way Trump responds in moments where he feels attacked: blaming, finger-pointing and introducing irrelevant tangents.

Macron did make his attempts at being more open towards Trump, but things took a turn as Trump’s presidency progressed and has taken steps to withdraw from several notable international treaties that France fully endorses, such as the Paris Climate Agreement, the Iran nuclear deal and a U.N. program for refugees. Additionally, because Trump seems to think that France is the most nationalist country, perhaps he does have a different impression of the connotation with the word other than its very troublesome and problematic past. However, what’s also notable is that the U.S. government has coined the term in the past to describe international figures or groups that present a threat to our country.

What Trump might be referring to in terms of describing France is civic nationalism, a phrase explained by Jack Snyder, an international relations professor at Columbia University in his book “From Voting to Violence: Democratization and Nationalist Conflict.” Civic nationalism is characterized by adaptable elite interests and strong political institutions, and known as the most inclusive and ideal form of nationalism. However, despite this possible label, the word itself still holds universally strong ties to memories of imperialism and segregation, which is why Macron stands firmly in his speech by deciphering the ideas of France as those of patriotism, and rightfully so.

Either way, France prides itself on unifying ideas, its popular slogan emphasizing “liberty, equality, and fraternity.” However, it’s very obvious that France’s so-called nationalism is not the type of nationalism Trump is trying to emulate through his isolationist methods in multilateral relations and eagerness to pit parties against each other for political gain. What we’ve witnessed from the unfolding of interactions between Macron and Trump recently is yet again another example of Trump’s unnecessarily defensive statements against someone who is supposed to be an American ally. Macron was on the receiving end of these series of criticisms for simply trying to make the acknowledgement that to accept nationalism could reinstate the horrors of political violence that have been long intertwined with nationalist ideas.

Unfortunately, there has been a prominent rise of political figures like Trump and Marine Le Pen who are trying to normalize or redefine the meaning of what nationalism stands for, as well as the types of people (white supremacists) who are encouraged by Trump’s recent attempt at trying to link patriotism to nationalism. Currently, it’s uncertain whether or not Trump will continue to project support for trying to reintroduce nationalism into society, but echoing Macron, it’s important to ensure that the West doesn’t fall victim again to the dangers of what the ideology may bring.