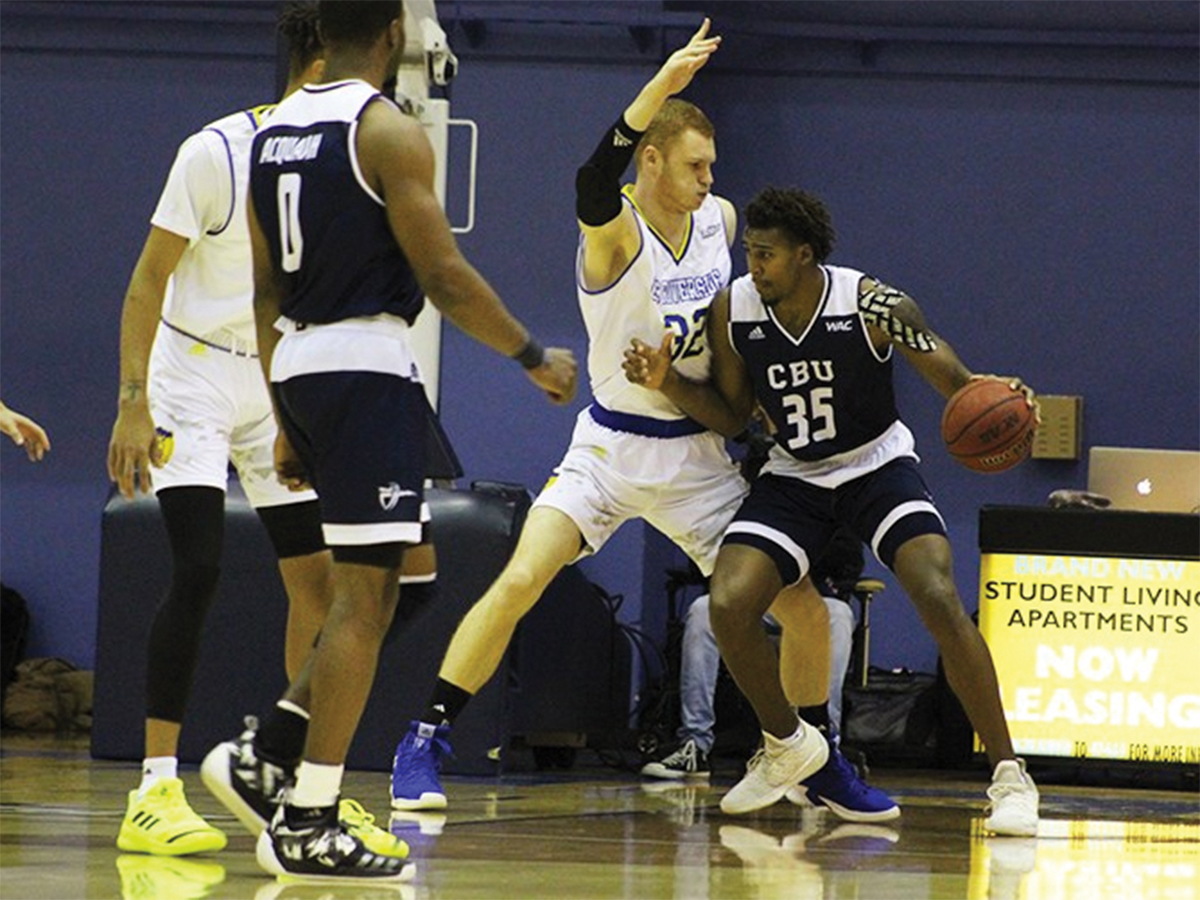 In a crosstown matchup against Cal Baptist University (3-4), the UC Riverside Highlanders (2-6) suffered their sixth loss of the season. This was their first matchup since the Lancers entered Division I.

“Riverside is a great city. It is a city that looks after their own and these two teams should be competing. There is a ton of energy and enthusiasm and we knew it was gonna be a battle. It meant a lot coming back here it was great to win the first one,” Head Coach of Cal Baptist Rick Croy said.

With a final score of 80-70, the Highlanders lost for the first time on their home court. Although the Highlanders were able to keep pace with the Lancers early in the first half, they fell behind 37-24 by the end of it.

The Highlanders went into the second stronger as they went on a 7-2 run which brought the game to a single digit deficit. However, they were unable to carry that momentum for the duration of the game because of their inability to earn defensive stops. The Lancers were able to convert on over 40 percent of their threes as they went 9-of-22 as a team.

The rebounding battle also went to the Lancers as the Highlanders were out rebounded 37-23. Junior guard Dikymbe Martin was able to grab 6 rebounds and freshman forward Dragan Elkaz totaled 5 rebounds. However, the team effort was not enough. They were unable to stop Lancers forward De’jon Davis from recording a double-double with 23 point and 14 rebounds.

“First, you have to tip your hat to CBU. They came in coming off three losses and they weren’t gonna give up four losses in a row. I thought they out physicaled us early and that hurt us down the stretch. We couldn’t get stops and they killed us on the glass,” Head Coach David Patrick said.

Freshman guard Jordan Gilliam and Martin had solid games offensively as each recorded 18 points. The stars of the games for the Lancers were De’jon Davis and Milan Acquaah who contributed 24 points and 5 rebounds.

Up next, the Highlanders are set to face Valparaiso on Dec. 2 on the road before returning home again to Riverside against Pepperdine on Dec. 6.