According to Noe Torres, campaign coordinator for affordable textbooks, “the price of textbooks is increasing at three times the rate of inflation. On average, students spend $1200 a year and about 65 percent of students report skipping out on buying textbooks simply because they’re too expensive.” With the implementation of access codes, which give temporary access to course materials to those who purchase them, CALPIRG states that the affordability issue is growing. Torres continued, “access codes are essentially pay walls between students and their required quizzes, homeworks – they’re sold along with textbooks which not only make it more difficult for students to find cheaper alternative versions, but it also makes it more difficult when it comes time to resell those books and try to make some money back off of what you paid on them.”

On Thursday, Nov. 29, CALPIRG tabled to bring awareness to the Affordable Textbooks Campaign. Torres states, “we spoke to over 40 students about their experiences with the high cost of textbooks and how it’s difficult for them in order to get the student narrative on what’s going on – just for the sake of not only spreading the word to the campus but to our students, our faculty, and just raising awareness overall.”

Miguel Ramirez, Chapter Chair of CALPIRG, states that the solution is implementing Open Educational Resources (OER), which are resources that are peer reviewed and written by “some of the best faculty members in some of the best universities in the nation.” OERs do not only consist of textbooks, but include a platform for quizzes, homework assignments and tests, and are customizable to professors and their course requirements. Since OERs are published under open licenses, they are free. Ramirez states, “basically everything an access code offers is also offered through Open Educational Resources.”

Torres describes CALPIRG’s involvement with professors and faculty members stating that, “we know that this is an issue that they deeply care about. A lot of the professors express the difficulty they face when they have to buy their textbooks, so they can relate to a lot of the students and experiences that they’re (the students) going through.”

An ongoing issue is that of food insecurity. Ramirez explains that professors are very aware of the food insecurity problem at UCR, stating, “62.5 percent of UCR students are food insecure, and professors have done a lot to make their course materials cheaper, and that’s why I think that this is such a great campaign because we have the support of a lot of faculty members that understand the problem and are already actively doing something to address it.”

Ramirez adds that faculty support is important to the campaign, stating, “we know that if it is just a bunch of students fighting against publishing companies, we might not be very successful” and further describes how campaign success relies on the professors decisions to implement OER’s instead of “expensive textbooks with expensive access codes.”

Torres said that an obstacle that they face is that, without textbooks and access codes, professors oftentimes feel as if they are unable to access high quality versions of the materials that they need or that OER’s will hinder their established curriculum. However, Torres claims that with sufficient grant funding, professors would receive aid to do everything from self publishing to accessing better materials for their classrooms. He states that “the grants provide just a way to make it more easy to transition to OER’s.”

Torres credits the Affordable Course Materials Initiative (ACMI) organized by the library, which

“provides professors and students themselves with the information they need to implement and use these resources.It’s what we’re trying to connect professors and faculty with.”

“One thing I want to highlight,” Torres said, “(is that) the end goal of our campaign isn’t just to make textbooks more affordable, it’s more to make college more accessible and available to everybody.” 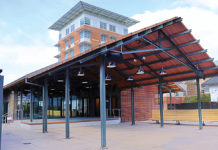 Inside The Barn: a closer look at the new renovations 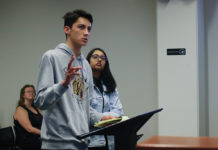 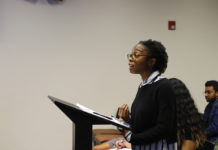 NAMM 2020: A brief glimpse into the global music industry

Bombay Bicycle Club attempts to bring indie music back together with...