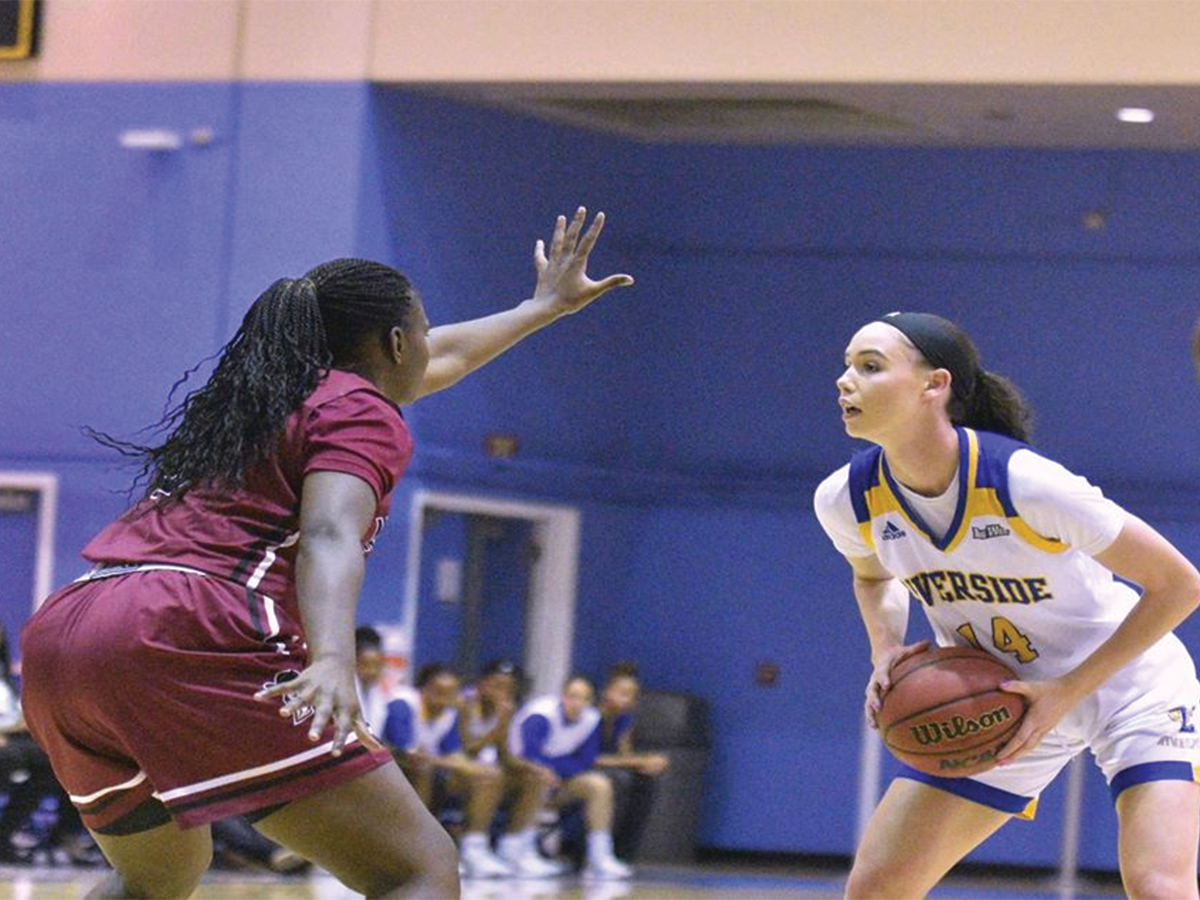 While UCR’s students were at home enjoying hot chocolates and family time over the holidays, the women’s basketball team continued to grind away in their regular season. In case you weren’t as tuned in as we were during the break, here are the top three highlights from the team’s current stretch.

The Highlanders started the Winter Break taking part in the Maui Classic from Dec. 14-15. They started off the two-game tournament by falling to Texas A&M 70-63, before bouncing back to beat Eastern Washington the following night 57-45.

Riverside was then able to get a game over .500 by dominating Weber State in a 71-39 victory. UCR lost only one more time during the break to Utah Valley before winning two straight.

This team has shown a knack for bouncing back after a loss, going 2-0 in games after losses. That ability to bounce back as well as the rhythm they’ve developed over this stretch will serve the team well heading into conference season.

On Dec. 31, Otto became the first Highlander since Simone DeCoud to be named Big West Women’s Basketball Player of the Week back in 2016. Otto earned this achievement for her offensive performance against New Mexico State on Dec. 28 when she shot 8-for-10 from the field and 7-for-7 from the line on her way to 23 points. Otto also had the deciding basket in the nail biting 65-63 win against the Aggies.

Otto has been a consistent player thus far for the Highlanders, starting every game for the team while averaging 12 points and six rebounds per game this season.

The Highlanders had their most dominant showing of not only the break, but the entire season, in a 71-39 victory at Weber State on Dec. 20. Riverside got out of the gates fast, and finished the first quarter with a 20-point lead. The Highlanders proceeded to outscore the Wildcats in every quarter on their way to a big win.

The most impressive aspect about this victory is how they were able to shut down the Wildcats offense on the away team’s floor. The latter is especially important in the context of their road record of 2-5 and is a stark contrast to the teams undefeated 3-0 home record.

Although it is a small sample size, the difference in records shows that the Highlanders haven’t been able to consistently put together winning efforts on the road. In the future, the Highlanders may be able to draw on the experience of this 32-point-victory to reassure themselves of what they are capable of on the road.