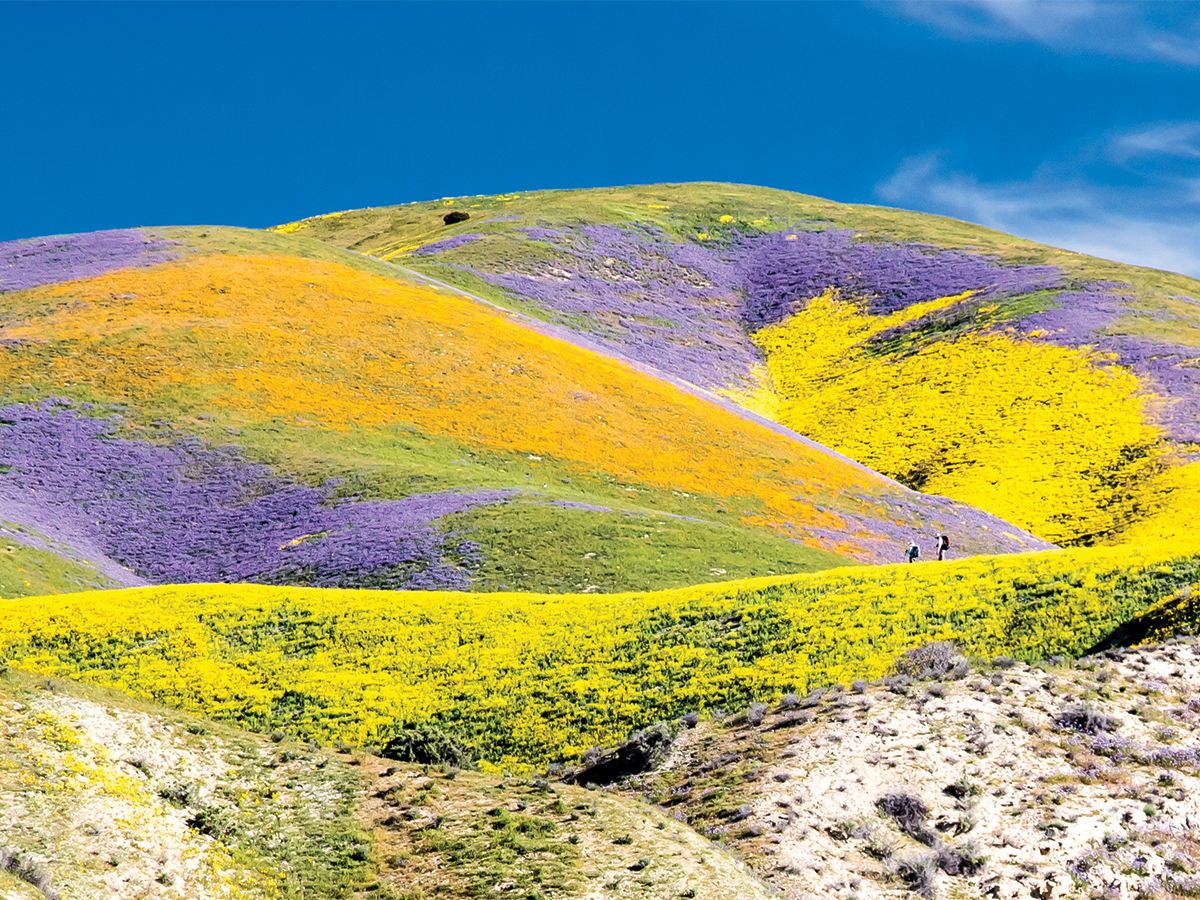 Richard Minnich, a professor in the Department of Earth Sciences at UCR, recently contributed to an LA Times article regarding California’s prospects of a “super bloom” this year given its heavy rainfall.

In an interview with the Highlander, Minnich explained the probability that California will have extensive wildflower blooming this year, in addition to addressing the increasing presence of abnormally massive and costly forest fires throughout California. Minnich specializes in fire ecology and biogeography, having previously published a book titled “California’s Fading Wildflowers: an overview of California’s landscape history, fire ecology, and the importance of wildflowers.” He is currently studying vegetation “patch mosaics” within the context of ecological wildfire study.

Minnich described a super bloom as “an unusual blooming of wildflowers in the flatlands of Southern California. It usually occurs in years with unusually heavy rainfall or spread out rainfall well into the spring. In the modern era it also happens when you have a combination of heavy rainfall with the collapse of invasive European grasses.” The European grasses in question, Minnich specified, are typically bromas and oats introduced to California from San Francisco porting ships in the 19th century.

Tying the vegetation to the region, Minnich explained that “we have grasses that cover the hills here around Riverside and these are all European grasses aren’t native. They suppress the wildflower bulbs to a point to where the seed doesn’t even germinate.” When it comes to warding off the invasive grasses, Minnich stated the “drought is on our side,” as the dry weather allows the dormant wildflower seeds to grow even when the European grass cannot.

Minnich detailed that “just a high rainfall is not a good predictor of flower breakout. The reason I feel this year is going to be a good year is because not only has it been raining a lot but we had a strong drought last year to crash the (European) grasses.” This optimistic take on the blooming is not without a disclaimer, however, as he went on to say that “last winter was very dry, it only rained 30-40 percent of normal and the grass barely grew on the hills that whole year. I want to emphasize that we’ve had years where we’ve had a lot of rain and everybody predicted these superblooms but no grasses came up anywhere.”

Another aspect of Minnich’s expertise pertains to elevated wildfire severity in recent years, which he illustrated as only getting worse with efforts to prevent it altogether: “We did not [use to] have mega fires. We had smaller burns that self-regulated and self-organized … the more fires you had the less fires you got, what a paradox.” Minnich claims that in California’s past, fires were much smaller and easier to manage before modern methods. Minnich states that “suppression does this; it puts out all the fires as soon as possible at the ignition phase, and … it reduces the number of fires that actually put patches on the landscape” which he warns will subsequently “restrict fires to more extreme weather than by chance.”

His historical research supports his claims, reaffirming that “we didn’t have 300,000 acre fires (back) then. We had at maximum 10,000 acres and more commonly 5,000 acres or less. One watershed burned in this winter, one watershed by that one – but not a whole mountain range.”

Minnich says that current fire containment measures are “a management that is in fact impossible. You cannot put fires out. It’s like saying we’re going to stop all hurricanes and floods. It’s an earth surface process that has been going on on this planet for nearly half a billion years and is never going to stop.” Minnich advises that we carefully monitor California wildfires, not prevent them completely, such that we can allow the natural cycle to keep them in check.

He invites others to “play word substitution: ‘Only you can prevent hurricanes, or earthquakes!’ Nobody would reason that way, yet somehow we can just stop fires? It’s another earth-surface process … is it the snowflake that causes the avalanche?”