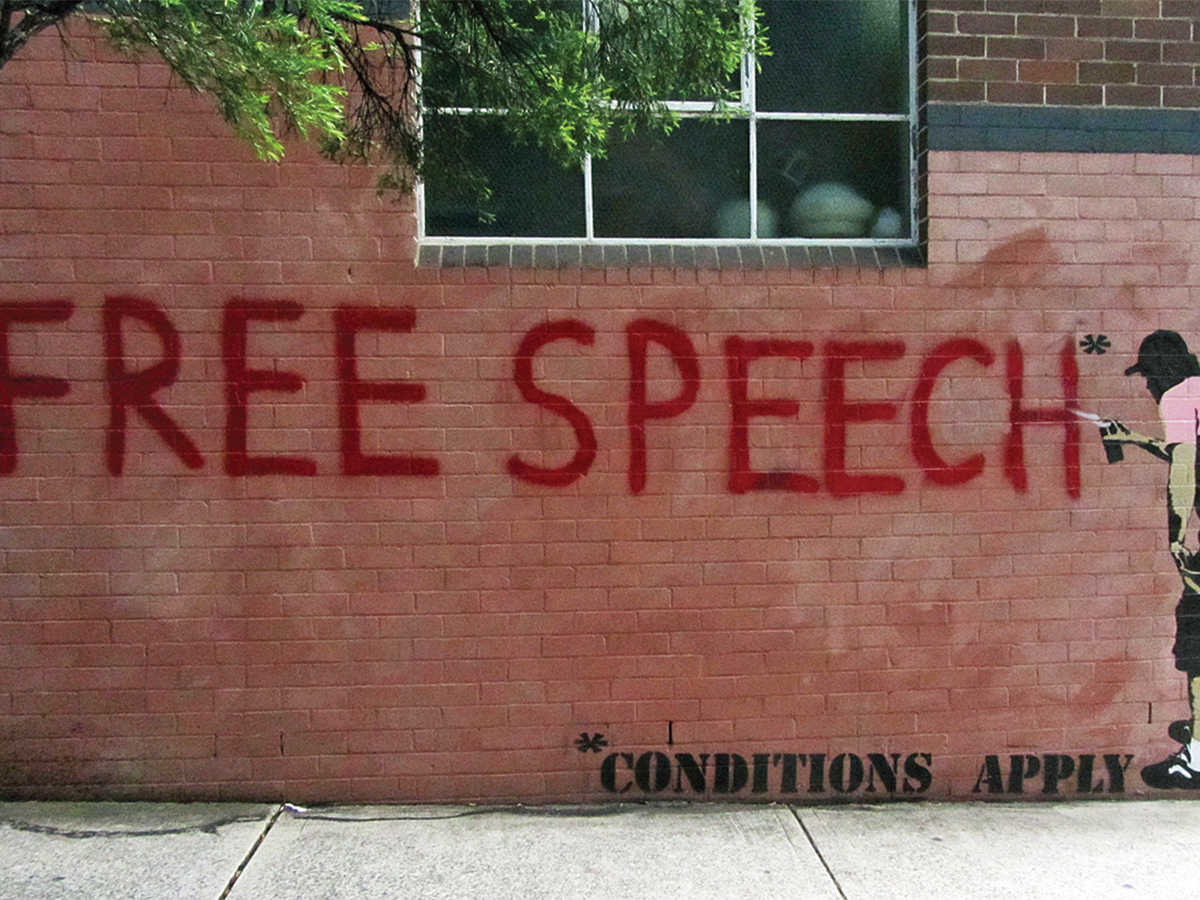 On Thursday, Feb. 20, UCR’s Free Speech Working Group, an organization on campus consisting of students, faculty and staff which promotes transparency in the enforcement of campus policy, held an open panel to explain its constituent members’ roles on campus as well as address student concerns regarding issues of free speech and how they are attempting to maintain “an environment where students and scholars can freely express ideas and pursue knowledge, while also promoting respectful dialogue.”

The forum began with Lam discussing the working group’s history, explaining that it was founded in the summer of 2017 as a response to the Berkeley protests earlier that year. She explained that the panel was the group’s “first attempt to make sure students, the campus community, staff and faculty feel like they have an opportunity to understand what happens on campus when these things happen.”

Whitehead then took the podium to explain the working group’s Major Events Policy: “At UCR we had different offices like our HUB scheduling office which had policies and procedures in place … but we didn’t have a clear path for our students, student organizations, departments and off-campus entities on how they could host events here on campus.” She stated that it will they are “hoping to release that (policy) for public comment soon.”

Each of the panelists gave an opening statement regarding their views on free speech on campus and how their roles contribute to protecting it. The first was Virata, who said that “there is no secret to building a strong, solid community. It takes working with one another, it takes sharing … to protect free speech in an environment of learning and academic inquiry.”

Building off of Virata’s perspective, Agarwal explained that “universities were set up in the first place to have an open debate where people can develop ideas, opinions on controversial topics … but it comes with a lot of conditions and this dialogue will help us determine what those conditions are.”

For the remainder of the forum, the three primary concerns voiced by the audience were “hate preachers” on campus, a specific act of hate speech vandalism that was not deemed to warrant an official statement and the “MAGA hat incident” from October 2017.

In response to one student’s question of “what do you think is the best response to a ‘hate preacher;’” Virata posited that “if you’ve got opinions to express, I’d advise you to express them in a positive manner as much as possible without compromising your own principles … that being said, know your own limits as well.”

The conversation shifted when a Student Affairs employee asked about those limits, asking where the boundary is between free speech and language that warrants intervention. Lane clarified, stating that “from the law enforcement perspective, the first amendment talks about free speech – it is protected … where it comes in to law enforcement is when it gets into a physical situation.” Lam quickly countered with, “when you’re on a campus, where you can be made to feel like you’re in a hostile environment or have differential treatment – those kind of terms are actionable … conduct that doesn’t abide by UCR’s principles of community.”

The following topic of threat assessment arose from the questioning of a transfer student about a previous incident where they reported the vandalism of hate speech onto a bathroom stall. The student questioned the panel as to why the event was “swept under the rug,” and asked “how do you respond to ensure we are all protected?” Freese responded, stating that “whenever we get a report of an incident like that … we investigate it. It’s a crime, vandalism, and any time there’s a crime that is directed at a ‘protected class’ there is a hate crime … I want you and all the students to know that we take it very seriously.”

Shifting the conversation, another student referred to “the hat incident,” asking the panel if they could “share out the aftermath of that incident, how UCR handled it and what happened to the individuals.” Virata affirmed that during “the incident itself, a lot of other interests got involved that were not necessarily a part of the university that complicated the university’s response to it.” Lam followed, stating that “what happens when incidents like that happen is that Student Affairs kicks in and tries to protect all parties involved, both students in that case, and then the legal processes play out dependent on what the individuals want.”

Cole closed the panel, urging others to seek “student leaders on campus,” and affirmed that the working group is “here to support you, we’re here to recognize issues and we’re here to build solutions on your behalf.”