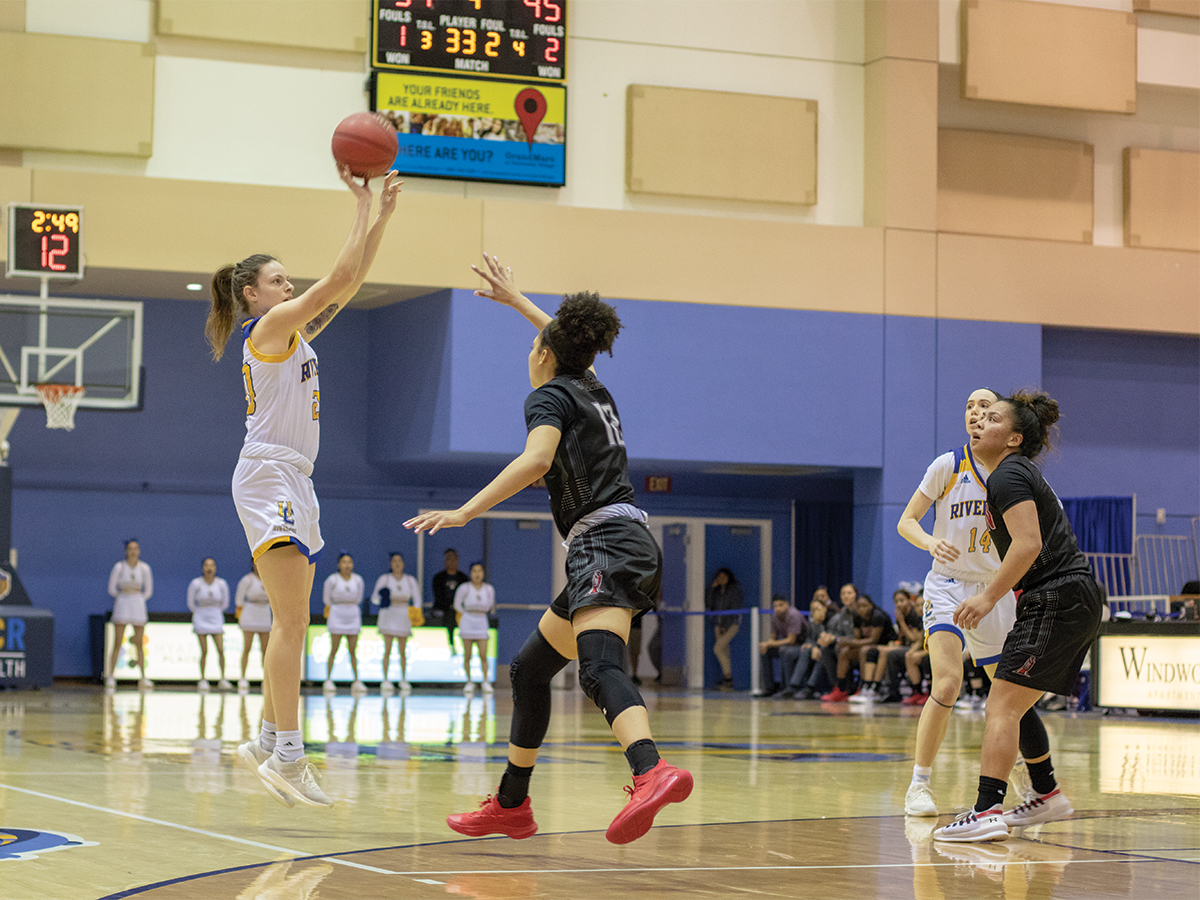 The No. 3 seeded UCR women’s basketball team (17-14, 10-6) defeated the No. 7 seed Long Beach State 49ers (9-22, 5-11) 67-50 in the conference quarterfinals on March 13 to advance to the semifinals of the Big West Tournament. Although the Highlanders entered the game with the higher seed, Long Beach State went 1-1 against Riverside in the regular season and UCR also played the game without their top scorer, redshirt junior guard Jannon Otto who is out due to injury. Riverside was able to step up collectively and earn the hard-fought win nonetheless.

Head Coach John Margaritis attributed the team’s win to their joint effort and execution, saying, “It was a team effort. Looking at the stats, having 15, 13, 13, 10 and 14 points it’s a team effort. The team executed well. They played with no fear.”

UCR shot surprisingly well from distance throughout, ending the night with a 37 percent clip, way higher than their 26 percent average. “They don’t typically shoot the three well so you pick your poison,” Long Beach Head Coach Jeff Cammon said in the postgame press conference. “They’re long and athletic and they really want to play inside the three point line. That’s typically how they score their points.”

Coach Cammon also added that his team was not ready for the physicality the Highlanders played with, saying, “The game was fought in the trenches. I thought they were way more physical than us and they outscrapped us.” The numbers in the box score tell the same story, as UCR won the battle of the boards 40-23.

A heated moment occurred with 7:48 left in the fourth quarter when junior forward Marina Ewodo was fouled hard and sent careening into the court stanchion head first. The hard foul led sophomore guard Keilanei Cooper to shove the opposing player and earn a technical foul. “I thought it was clearly an intentional foul,” Cooper explained later. “I saw her looking over on her and I thought that was disrespectful and I couldn’t tolerate that.”

Coach Margaritis once again stuck with a small rotation, only playing six players total. The players admitted that they’ve become pretty accustomed to the short rotations. “We’re used to it now,” Cooper said. “We’ve done this plenty of times the whole year so that didn’t phase us at all.”

The Highlanders next game will be at the Honda Center on March 15 in the semifinals of the Big West Tournament against No. 2 seed Hawaii (14-15, 10-6). UCR went 1-1 in conference play against the Rainbow Wahine.