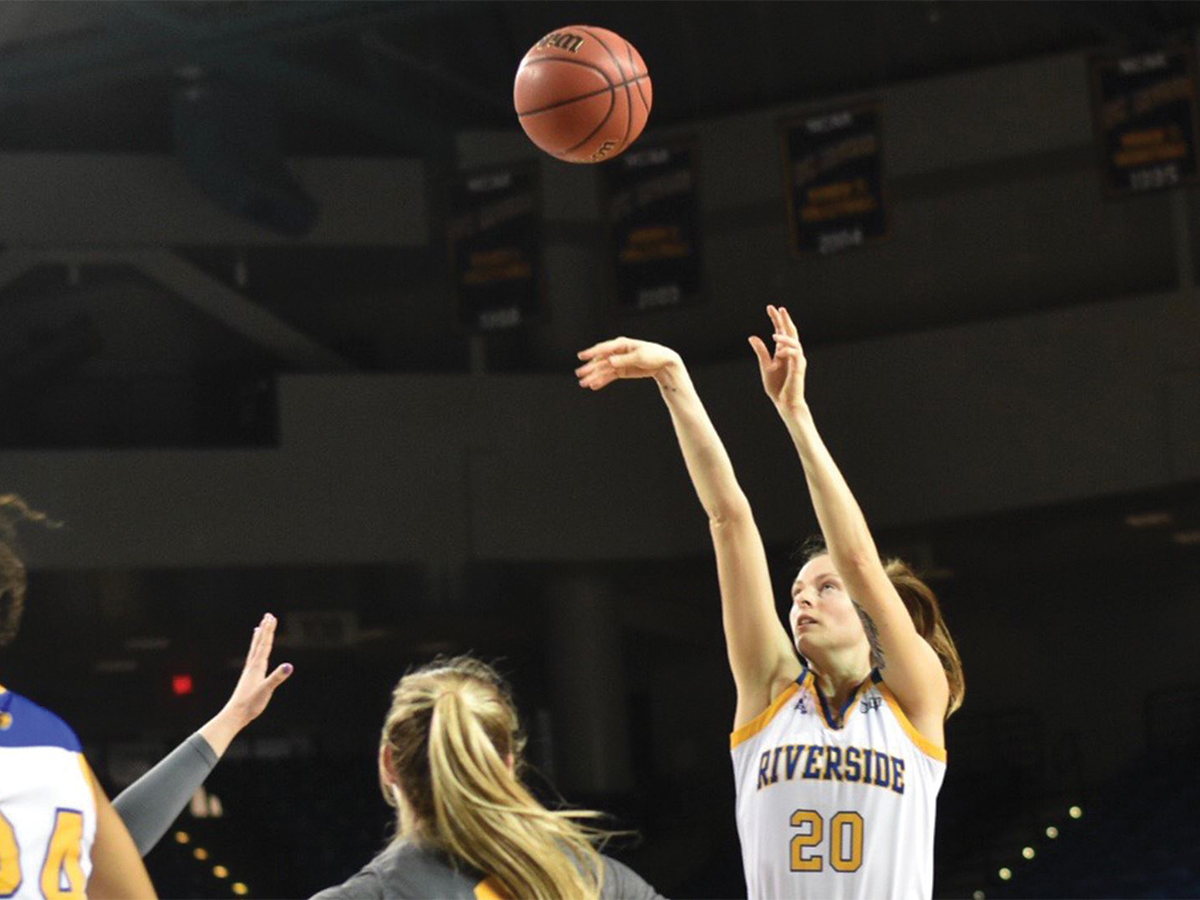 UCR’s women’s basketball team (17-15, 10-6) played their final game of the Big West Tournament in a close matchup against number two seed Hawaii (15-16, 10-6) on Friday, March 15. The game was within reach for the Highlanders throughout, but the Rainbow Wahine ultimately came out on top, 66-58.

Riverside has come a long way since being voted to finish eighth in the conference in the Big West preseason poll. UCR was able to finish the conference season with the number three seed despite numerous injuries.

Opposing Head Coach Laura Beeman took notice of the adversity the Highlanders went through and praised them for the season they had. “What a great season Riverside has had. John Margaritis has done an exceptional job with that program” Beeman said. “They’ve encountered some of the ups and downs of the season that we did with injuries and just unexpected departures. What he does with that program year in and year out, it’s pretty phenomenal.”

The injuries and sudden departures mentioned by Beeman include redshirt junior forward Skyler Lewis, sophomore guard Tianna Eaton and junior guard Jannon Otto. Lewis started the season injured and was expected to make a return at some point, but ultimately was never able to rejoin the team. Eaton spent almost all of conference season on the shelf and then Riverside lost their top scorer in junior guard Jannon Otto. Despite this, UCR remained very competitive in their regular season and in the semifinal against Hawaii.

Freshman forward Daphne Gnago scored a layup in the opening minute of the fourth quarter to cut the Hawaii lead to only two points, 50-48. A pair of costly turnovers from Gnago and sophomore guard Keilanei Cooper allowed the Rainbow Wahine to extend their lead to seven points. With just under three minutes left to play Riverside would respond once again and bring the deficit back to only two points off of a three from senior forward Malou De Kergret. This was as close as Riverside would get in the final quarter as Hawaii responded time and time again on their way to punching their ticket to the Big West Tournament final.

Hawaii point guard Tia Kanoa had a career-high 19 points and consistently carved up the Highlanders defense to either score herself or dish it out to an open teammate. Kanoa also finished with a team-high nine assists.

De Kergret played her final Big West Tournament as a Highlander and had one of her best performances in her final game. The senior out of France was often the most aggressive player on the floor for Riverside and finished with 20 points, four assists and three rebounds.

Head Coach John Margaritis was proud of his team’s effort despite the result. “Our young ladies competed throughout, never made excuses, just played. Played all the way to the very end,” Margaritis said in the postgame press conference. “They’re feisty, they’re aggressive, they’re competitive. We played hard and left everything out on the floor.”

Although the team is young and will only be losing one senior, Margaritis doesn’t necessarily believe that means they’ll be able to start next where they left off Friday night. “Over the years I’ve discovered our future is now,” the 15th-year head coach said. “By next year some people may not even be on the team that you thought were still on the team. Some people get injured. New recruits are coming in. All kinds of things happen.”

The UCR women’s basketball team will compete in the Women’s Basketball Invitational and host Utah State University on Wednesday, March 20.