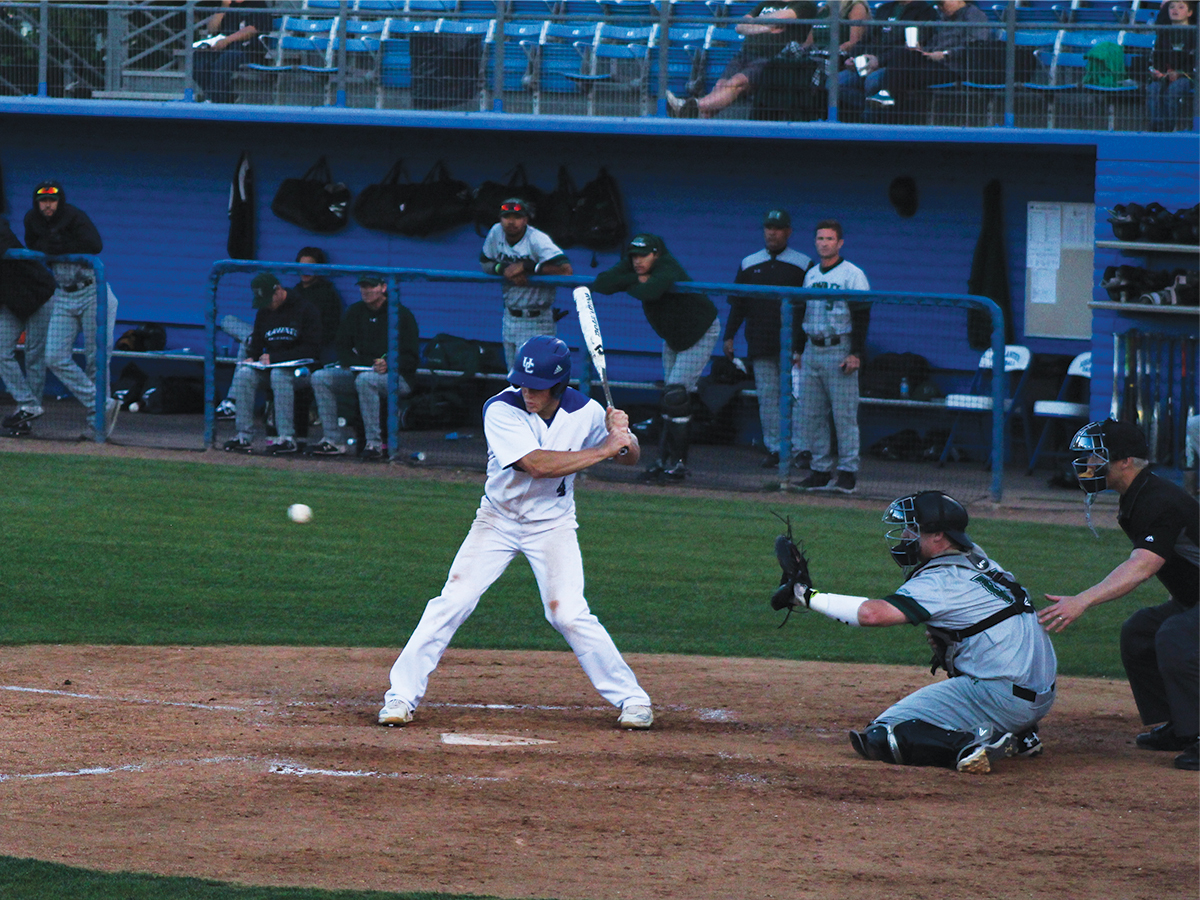 Riverside started the game hot offensively, scoring three runs in the first, three more in the second and adding two more in the third for good measure. The highlights of the offensive clinic put on by UCR in the first three innings included a three-run homerun from senior right fielder Dean Miller in the second inning, followed by a two-run homerun from sophomore shortstop Nathan Webb in the following inning.

Where Riverside has struggled this year has been on the defensive side, but that was not the case in this matchup. Senior pitcher Jared Noonen earned his first win of the season, but the pitching was a collective team effort. UCR used a total of seven pitchers and none of them pitched more than two innings. Freshman pitcher Trevor Bateson finished the game with a team-high three strikeouts.

The Highlanders added to their lead in the fifth inning when junior Connor Cannon crossed the plate off of a wild pitch that allowed all runners on base to advance. This would give Riverside an insurmountable 10-0 lead. The Roadrunners scored their only run of the game in the seventh inning off of a ground out that advanced a runner from third to home plate. UCR added two more runs to the already lopsided scoreboard in the eighth inning courtesy of a wild pitch and a walk drawn by freshman catcher Taylor Juline with the bases loaded.

The team totaled 10 RBI, with Webb and Miller accounting for three apiece. Miller also led the team in hits with four out of six at bats. The Highlanders showcased patience at the plate, drawing seven walks, three of which came from Juline.

Riverside followed up their offensive outburst on Tuesday with another on Friday, April 12 against the University of Hawaii (13-18, 3-4). UCR finished with 16 runs against the Rainbow Wahine while only allowing five.

The Highlanders bats once again got hot early, scoring five runs in the second inning, and eight runs in the first four. Everybody was getting in on the action for Riverside early, with seven different players recording at least one RBI. After already being up 8-1 in the fifth inning UCR delivered the knockout punch, scoring seven runs to effectively end the game and put themselves up 15-1. Cannon played a huge part in the seven-run inning, recording four RBI off of a grand slam. Cannon finished the game with three hits, five RBI, two walks and two home runs.

Head Coach Troy Percival again had his pitchers on short leashes, but they came out with a big win. The Highlanders used seven pitchers, but none recorded more than two innings of work. Junior left-handed pitcher Hayden Petrovick earned his second win of the season.

The baseball team will look to continue their hot streak Tuesday, April 16 against Loyola Marymount University.