Although drug abuse is by no means a new problem for modern society, its prevalence has been largely bolstered by the drastic number of overdose deaths in recent decades. According to the Center for Disease Control (CDC) there have been over 700,000 overdose deaths over the last two decades, and around 400,000 of those deaths involved some form of opioid. To better understand what many now are calling the opioid crisis, as well as offer potential solutions, it can be helpful to develop a better understanding of drug abuse and societal attitudes towards these issues.

The term “opioid” refers to any substance that resembles the opium molecule, whether it is derived from the poppy plant itself like heroin or artificially produced in a laboratory like fentanyl. These substances have analgesic, or pain-reducing effects, but can also produce euphoric effects as well. These properties have allowed scientists to create pain-relieving medicine that has benefitted the lives of many who suffer from pain. However, for as long as these substances have been sold, addiction never took long to catch up.

Modern medical understandings of drug addiction typically view it as a disease, considering how the “symptoms” of addiction are typified by fairly standardized diagnostic criteria. However, American attitudes on drug addiction have, since early in its history, reflected embedded Christian attitudes which hold that addiction is a personal moral failing, and that it can be cured through willpower alone.

Given the addictive and destructive potentials of opioid pain relievers, it is clear that a careful balance must be struck between appropriate medical prescribing and identifying the potential for addiction in a patient. Striking this balance falls on several shoulders, including the healthcare industry, the pharmaceutical industry and the government.

The rise of prescription opioid sales can be traced back to the 1990s when Purdue began aggressively marketing Oxycontin as a miracle drug. Perhaps their boldest claim at the time was that the medication was non-addictive. This could not be further from the truth, as hundreds of thousands of people would soon come to find.

Pharmaceutical companies marketing to doctors is a major factor in the scale of the opioid crisis. According to a study by Dr. Scott Hadland, countries who spent more on marketing these kinds of medications to doctors had higher overdose-related mortality rates than those that did not. It is careless on the part of doctors, despite certain reforms in recent years like stricter access to opioids for people picking them up from the pharmacy, to prescribe these drugs so willingly just because of the extra money in their pocket or for the convenience.

The picture is not black and white, however, as in many areas of the country opioids can be the only option available to healthcare providers. Many rural areas do not have access to resources for alternative pain treatments like mindfulness meditation or physical therapy. This leaves one option for prescribers: they must weigh a patient’s desire for pain relief against the potential for abuse. To be fair, this dilemma should not fall on doctors, unless they are an addiction specialist. More resources need to be made available and affordable both for addicts and for prevention awareness.

Alternative treatments, pharmaceutical research into alternative pain-relieving medications and better funding for addiction treatment and prevention are all admirable goals that many on all sides of the aisle have proposed and endorsed. Yet too little by way of policy has been done to address the opioid crisis. The societal cost of this crisis is estimated to be around $504 billion, substantially more than what is currently available. The lackluster response to this public health issue may reflect those traditional American attitudes towards this epidemic.

The modern interpretation of the moral failing argument concerning addiction is reflected in policies like Ronald Reagan’s “War on Drugs,” an era in the 1980s throughout which drug crimes saw increased sentencing and harsher sentences for perpetration. The problems of drug abuse and addiction were and continue to be viewed as criminal justice issues, yet given the death toll it is clear that this epidemic is a public health crisis, and should be treated as such.

While it is easy to blame the current president for any and all woes afflicting this country, the opioid crisis has been going on for nearly three decades, and no administration’s response has thus far been adequate. It can be difficult to catalyze funding, however, when the impetus to do so is met with disdain from a significant portion of the population. That is, many do not want to pay higher taxes or convince their representatives to address the problems of the crisis. This ultimately means less research into new treatments and medications, fewer options for government sponsored healthcare providers like Medicaid and fewer policies or regulations on pharmaceutical companies and the healthcare industry.

One major avenue through which success may be possible is pharmaceutical research. While it requires far more funding than it currently receives, this type of research could lead to new medications which could replace opioids as non-addictive alternatives to pain treatment or management. However, this too requires an attitudinal shift as pharmaceutical companies would likely challenge the efficacy of such drugs in pursuit of continued profits from the highly addictive pain drugs currently available.

It is also important to remember that treatment cannot easily be monetized, as many addicts lose everything they have through their addiction. This lack of resources tends to force addicts into the black market for cheaper alternatives to opioid medications like heroin. This lack of monetary incentive effectively cripples the well-intended within the healthcare industry, and slows progress on nearly all fronts.

When it comes to effecting change and stopping or even slowing the opioid epidemic, it is clear that attitudes need to change. Drug addiction needs to be destigmatized so as to allow the rest of society to see the affliction as they do in certain other countries like Switzerland, who —  while certainly not perfect in their methods regarding addiction treatment as it tends to focus more on harm reduction and less on prevention and research — offer state-sponsored needle-exchanges and drug rehabilitation centers. Accomplishing this by way of changing people’s minds will not be easy, but without a significant shift in attitude the devastating opioid crisis will only continue to wreak havoc on scores of Americans. 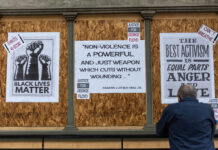 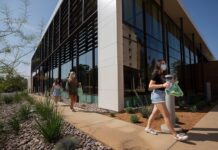 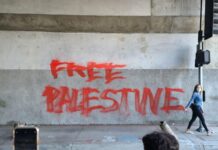 As the world finally reaches a reckoning in its opinion on Palestine, we must wholeheartedly condemn and call for an end to Israeli apartheid