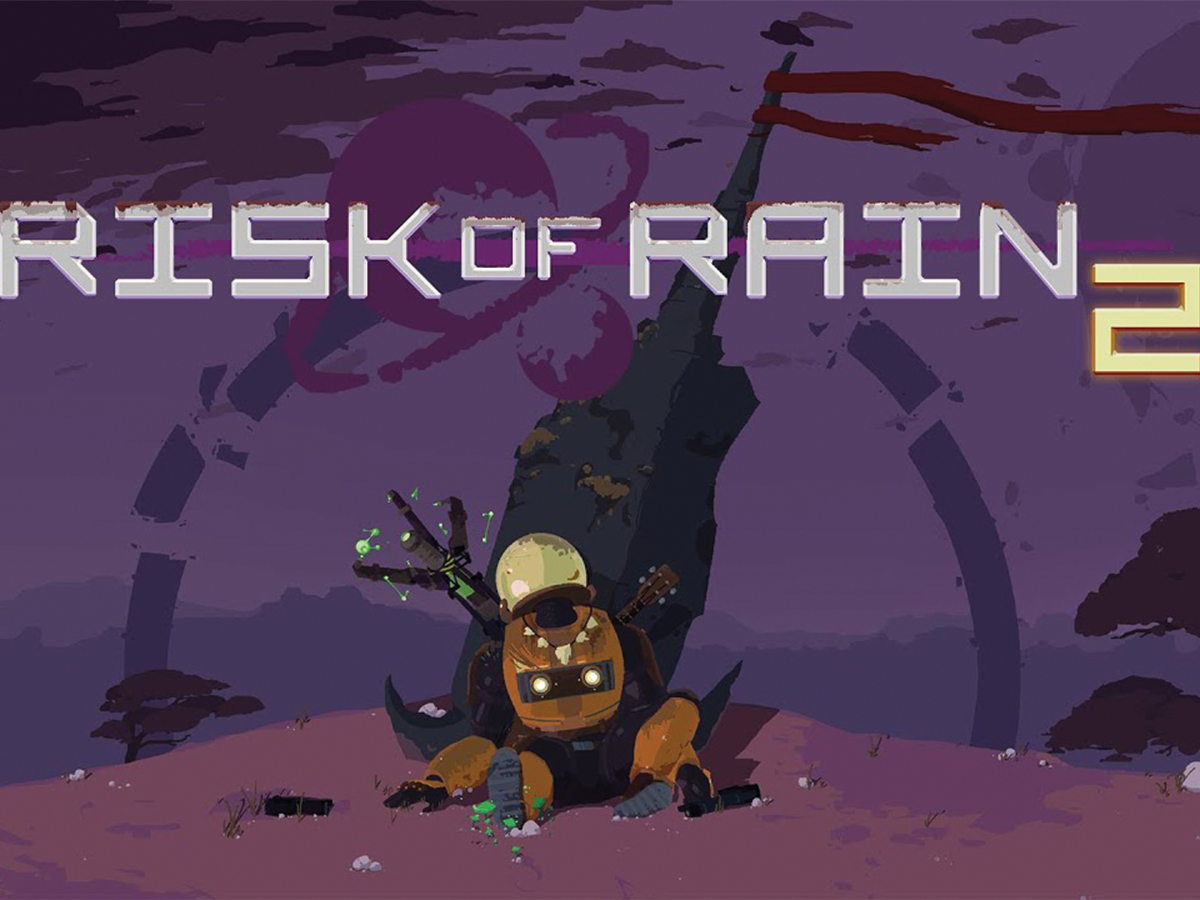 Dungeon crawler-type games have always been popular and developer Hopoo Games created a great entry to the genre called “Risk of Rain.” Released in 2013, the second dungeon crawler was different every single playthrough. This trend continues in the sequel, “Risk of Rain 2,” which plays very similarly to the original but with noticeable upgrades in both quality and gameplay. The game is also noticeably bigger than the original, with full 3D graphics and enhanced gameplay mechanics that makes the title feel like a definitive remake of the first game. While the game looks promising, its early access title and $20 price tag definitely turns people away from trying it. However, I feel that the game boasts some unique elements and interesting ideas that really make it a standout amongst the crowded early-access class.

Starting with gameplay, “Risk of Rain 2” benefits from a fully explorable 3D setting. One of the key aspects of gameplay is the crisp control the player has over characters. With responsive and impactful attacks, the player always feels in control . Settings are distinct with themes and color palettes being unique to each area. These worlds all act as the spawning grounds for a wide variety of monsters that can be killed.The game’s core mechanic is a run-and-gun style of gameplay where the player traverses the vast world killing enemies. The player can also use upgrades and items they buy to enhance their character. These perks can also change aspects of the gameplay. For instance, items can increase damage to bosses or add a double jump. The unique part of these upgrades is their stackability as each upgrade can be obtained more than once and have their ability increased further. With each upgrade changing aspects of gameplay, players are encouraged to experiment with upgrade combinations. These combinations are the main allure of collecting more upgrades to continuously enhance players’ power.

With each of the six characters having a unique gameplay style, the game stays very fresh with every playthrough due to the randomness of upgrade selection. The enemies players face can range from gigantic fire wisps to enraged buffalos. Faced with multiple, damaging attacks, the player is constantly attacking to fend them off. As the player moves from world to world by defeating bosses, the difficulty continues to increase. This continuously buffs enemies, which keeps gameplay balanced to account for players collecting items and upgrades for their characters. This increase in difficulty never feels unfair and can infinitely progress into absolute chaos. Reaching that point is the best part of the gameplay as players’ strengths are always increasing. With a maximum party count of four players, the game’s ludicrous levels of fun are multiplied as friends can join in on the mayhem.

The game’s graphics are another point of interest, due to their simplicity and uniqueness. Each individual area is differentiated by a simple artstyle. This acts as a great contrast to the host of enemies in the game, as each one is detailed with various animations for each action they can take. Bosses in particular take advantage of this, as the developers ensure that they pop against the duller background settings. The cell-shaded art helps establish atmosphere, and each environment the player traverses never feels overbearing or confusing because of how detailed characters, enemies and upgrades are against the simplistic backdrop.

Besides gameplay, the soundtrack is the best part of the entire experience. The music uses a unique techno, lo-fi style that fits the game quite well. The game will often tailor the music to the current situation the player faces, kicking the music into high gear when the player faces various bosses and bringing it down to soft tones when the environment is at peace. This tailoring immerses the player by drawing them into the action alongside the absurdity of the experience. The sound design is also very on point as it hits all the marks that you would normally want when you fire a giant missile or swing an energy sword. The sounds are crisp, expertly crafted bites to keep players in the moment without having a break from the action.

While “Risk of Rain 2” is clearly a great game with a lot of really interesting and fun mechanics, there are several issues that the game faces because of how early-access titles are released. The game can get repetitive because of its expectedness and predictability. While this only happens after extended hours of play, this is the main issue with the game. It feels very limited with what is currently available, as it is a fairly short experience. When playing the game for hours on end, the experience can start to fall apart due to seeing the same areas and enemies.

I also have some issues with the balancing of certain upgrade combinations due to the ridiculous nature of the game. Some combinations can completely get rid of any sort of challenge because of how powerful they are. We have already seen Hopoo take some steps to mitigating this by releasing balance patches that remove or mitigate these issues. I hope to see more of this done by the development team because of how quickly they plan to be releasing content for the title.

Fortunately, due to “Risk of Rain 2” being early-access, the developers are constantly looking to fans for feedback and are always adding to the game to change it for the better. I have quite a bit of faith for what the team can do and what they plan to do in the future with the game, as they are sure to release more content in the near future. For now, “Risk of Rain 2” looks like a promising title, and the minor issues detailed here can still be ironed out. If Hopoo’s development team listen to fans and fix these changes, this title is sure to be a hit.

Verdict: “Risk of Rain 2” features fun gameplay, an appealing art style, good sound design and engaging enemies. It’s a title with a lot of promise, and Hopoo Games will have a winner on their hands if they can iron out minor issues pre-release.