The running pool of candidates on the Democratic tickets reflects the fracturization within the American left. It may feel to many like a race between progressives and moderates, identity and policy and even rhetoric and action. It is clear that in order to secure the nomination, Democrats must find a voice based on practical solutions to current issues as opposed to running on an anything-is-better-than-Trump platform.

There are many factors pulling voters’ attention in directions, not the least of which is the role of far-left progressivism given rise through Sen. Bernie Sanders’ (I-NH) 2016 campaign. Many on the left felt disenchanted by Hillary Clinton, who is often viewed as an establishment politician beholden to her biggest Super PAC donors and more concerned with politics than with actually serving the common good. This time around, however, Sanders is back in the race, along with other notable progressives like Peter Buttigieg, a young gay intellectual midwestern mayor who, along with touting his identity, has addressed many of the same issues that Trump did on the campaign trail like job loss in the rust belt and family values.

However, there is a disconnect between Buttigieg’s words and actions, and many feel as though he lacks the necessary experience given his age and the fact that he has never received more than 11,000 votes while running for public office. While his candidacy may spark hope in some, the left as a whole will likely need someone who does more than just ‘sound good’ to people; perhaps someone with a notable record and extensive experience.

Former Vice President Joe Biden announced his candidacy this past week, and based on recent polling information he is currently favored with 28 percent of votes from those polled. He is a moderate from the midwest with no shortage of political know-how, and had many years of experience, although it is a somewhat checkered history. In light of his announcement to run he has come under fire from the left for his aggressive questioning of Anita Hill in 1991 when he chaired the Clarence Thomas hearings. He called to apologize, but Hill was unsatisfied, and this could be a factor for many in the #MeToo era. He does still carry with him a large proportion of midwestern fanfare, as he is popular among old school blue collar Democrats, who largely went for Trump in 2016.

Other candidates are polling far lower than some of the aforementioned candidates, and several are facing a policy battle when they expected an identity battle. California Senator Kamala Harris (D-CA) has touted her racial heritage and her gender in an effort to appeal to coastal progressives. The plan has faced several hitches, including a concurrent run by Cory Booker and a prosecutorial record that sits poorly with the very progressives she is attempting to appeal wto. Booker, too, talks a big progressive game, but his past reveals a fondness for big pharmaceutical companies and other corporate giants.

Tulsi Gabbard (D-HI) has appealed to certain sects of the Democratic Party given her history of going against the grain and establishing herself as someone who won’t always choose what is popular just because the establishment wants it. She also served in the military during the war in Iraq. It is still unclear, however, if her name is recognizable enough to carry her to the nomination.

Andrew Yang is another such candidate without much recognition, but his platform is radical, not in terms of politics, but in terms of content. While many are focusing on identity and experience, Yang is speaking to issues like technology and automation. Believing that the future is closer than we know, Yang has spoken extensively about the potential pitfalls of an increasingly automated world. He has even advocated for universal basic income as a way to combat joblessness when automation renders large parts of the population unemployed.

While there is no clear frontrunner, it is still early, and the playing field has yet to settle. Bernie Sanders might have the best shot at winning, considering his campaign in 2016 and current outlook. However, the Democratic Party will need to realize Clinton’s mistakes and reconcile not just because they feel the vote was stolen from Bernie, but because he has the platform and integrity necessary to beat out Trump at the polls.

Trump sits, on any given day, at just over 40 percent popularity, a figure that will likely be reflected his vote share. The Democrats are drowning out their messages amidst a conflicted base whose voice lacks unity. In order to beat Trump they need to stand unified on a platform, and choose a candidate who best encapsulates that platform. Unless they can do that, Trump will likely be reelected. 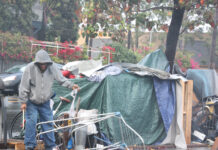