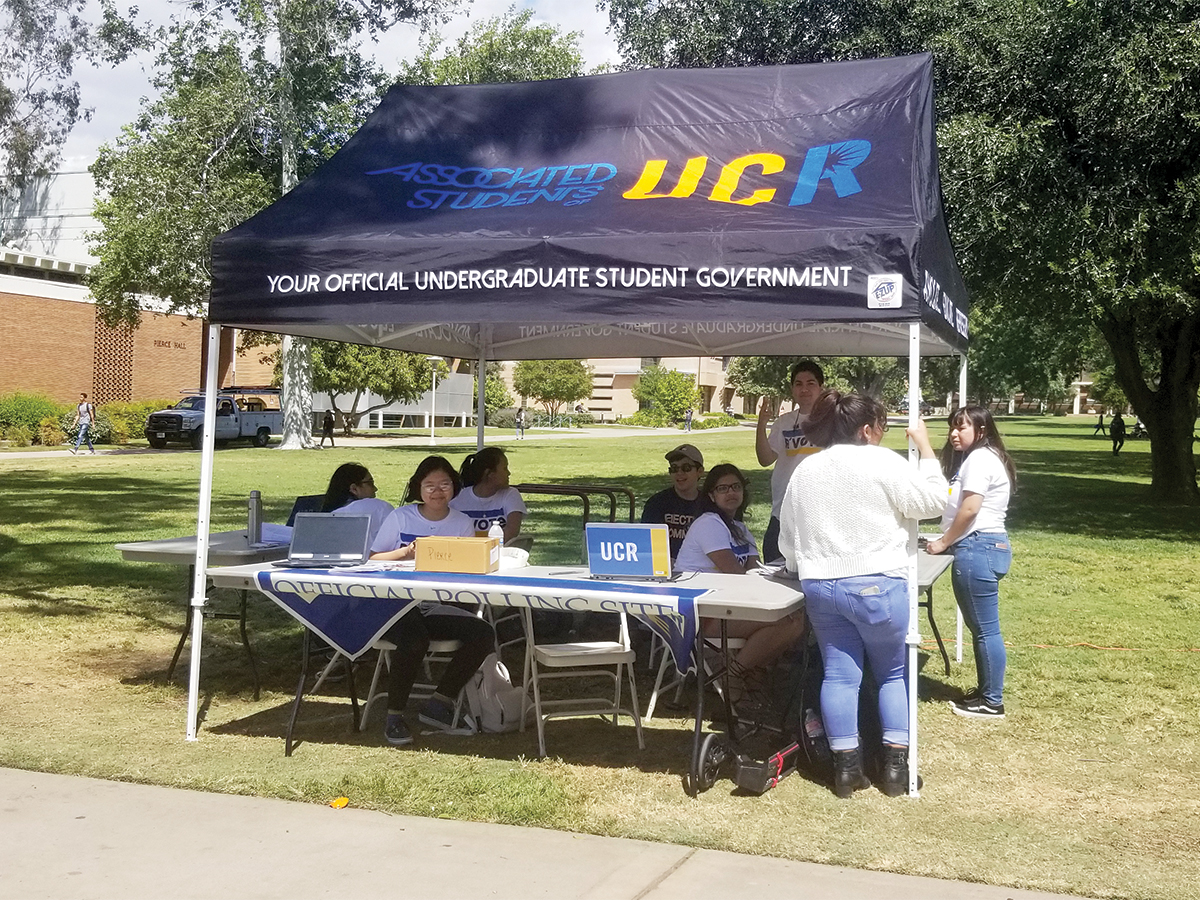 The 2019 ASUCR elections, which officially began on Monday, April 22 and was supposed to end on Friday, April 26, currently stand with approximately 10 percent voter turnout as of Thursday, April 25, lower than the 20 percent target set by the elections committee. However, an emergency vote was called on Saturday, April 27 at 6:15 p.m. to extend the deadline for elections by two days due to technical difficulties with the voting system, according to ASUCR’s Instagram account. A day after this emergency vote was scheduled, ASUCR President Semi Cole issued an executive order to extend elections by two days; the emergency meeting was therefore cancelled.

In addition to senate candidates for each of the colleges on campus (CHASS, BCOE, CNAS), the elections feature candidates for president, vice president and various other referenda and constitutional amendments.

According to Elections Director Laura Pullen in an email with the Highlander, “the Elections Committee is disappointed and surprised at the low voter turnout, especially considering the increased competitiveness of the elections this year (well over 50 candidates running, 5 referenda and multiple constitutional amendments), the $100 campaign reimbursement for all candidates who are running, food and raffle incentives for voters and our advertising around campus and on social media.”

Pullen also stated that over 200 students were affected by technical issues when attempting to vote; in response to this issue, President Cole issued an executive order based on the evidence of two technical outages by campus IT services on Monday and Friday.

Pullen stated that the extension of voting by two extra days will increase voter turn-out. However, the amount by which it increases is dependent upon the UCR community, stated Pullen. “It will take the efforts of all students across our campus, including ASUCR student leaders, referenda pro-group student leaders, and ASUCR candidates to spread the word about voting and give students a reason to care about voting in our campus elections and meeting a 20% (or higher) voter-turn out,” Pullen claimed.

Low voter turnout, Pullen believes, lies in the lack of student engagement. “Although there have been roadblocks with our online voting system, there are over 50 candidates and 5 referenda pro-groups and I have only seen a handful out campaigning and encouraging students to vote,” claimed Pullen. Pullen noted, “It is not enough to run pretty social media campaigns or sit behind a table with your friends; face-to-face interaction with students outside of your social bubble is the best way to engage voters.”

Some of the incentives used to motivate voters included free Jamba Juice and tacos for students at the Bell Tower polling stations. In addition to polling stations, students were also provided with online voting forms as well.

Constitutional amendments include Amendment No. 1, which would change the ASUCR outreach director position from an ASUCR executive cabinet member to a chair position within the vice president of finance office; Amendment No. 2, which adds the committee description for the transfer student director on the executive committee and Amendment No. 3, which would add two additional senators to compensate for the School of Public Policy and the Graduate School of Education.

With the exception of WiFi difficulties and glitches in the voting website on IT Service’s end, logistics-wise the election process has not faced any additional challenges. Throughout this process, over 60 volunteers have provided coordination for managing the polling booths. Election results will be posted in the coming weeks.