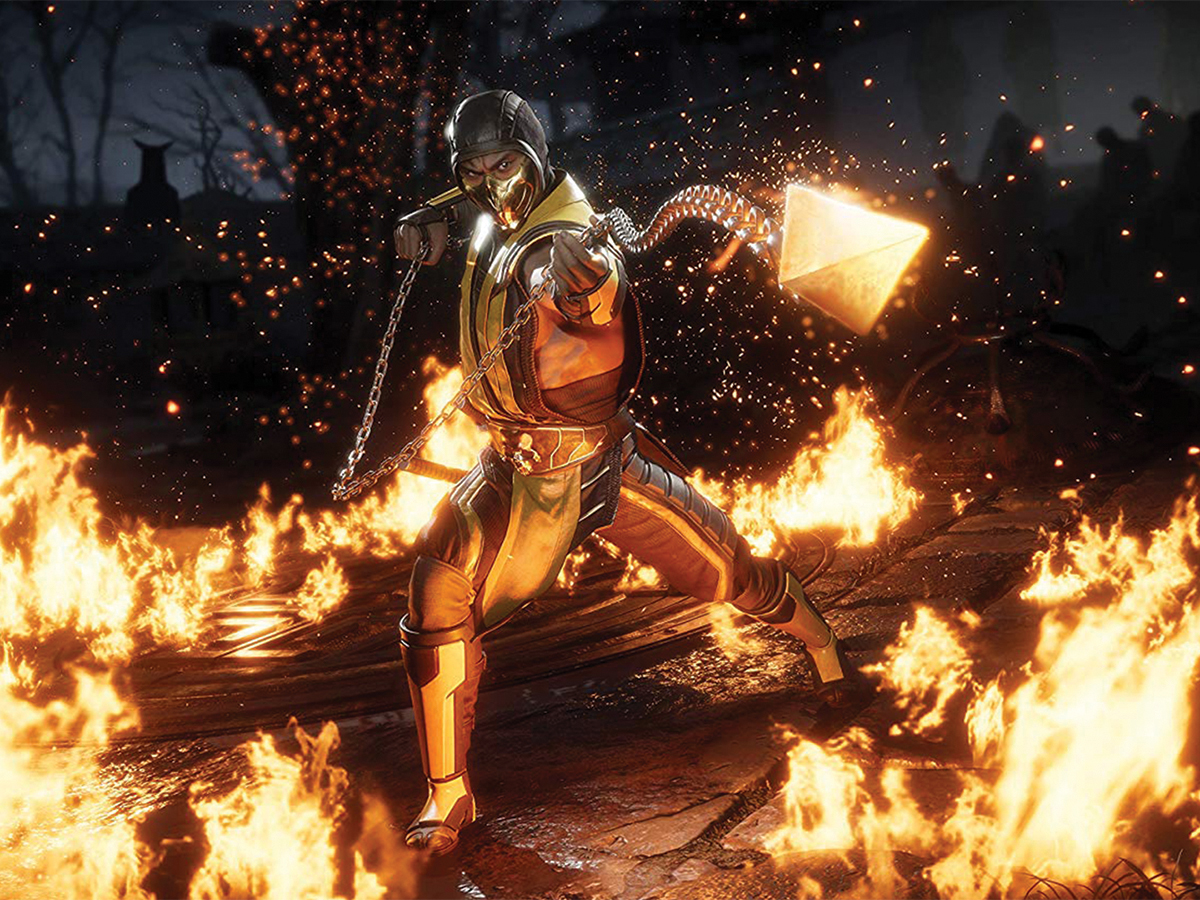 2015’s “Mortal Kombat X” was met with wide praise as it revitalized the series and brought with it meaningful changes to the combat system that add to the series’ relevance and success.  NetherRealm Studios returns after the success of “MKX,” and two Injustice games, with “Mortal Kombat 11” and manages to build off of and improve the mechanics of their last addition to the series. However, questionable progression choices and annoyingly hard challenge modes muddle the overall experience.

Like “Mortal Kombat X” and the two Injustices, NetherRealm Studios has proven that they are masters at crafting compelling stories to accompany their blood-soaked combat. “MK11’”s story picks up where “MKX” left off, following the defeat of the evil elder god Shinnok.  Following his defeat, his mother, the keeper of time Kronika, is angered at how Raidan has disrupted the timeline. She sets out to restart time by merging the past and present and pitting the old against the new while she gathers her strength to accomplish her goal.

As such a premise would suggest, “MK11” has several callbacks to previous entries in the series that fans of the games will no doubt love.  With that said, however, I never felt as if this game was too much for newcomers of the series to play and understand. The narrative does a decent job of explaining past events and bringing characters up to speed on the story leading up to “MK11” and never makes playing the previous games feel like a prerequisite.  That said, the dialogue and info drops at times did become lengthy and exhausting and some familiarity of the franchise’s history does go a long way and improve the experience. Additionally, the drama and action of the story are occasionally undercut by some cheesy and cringe worthy dialogue and a few questionable voice acting performances.  Overall, however, the story manages to deliver on a thrilling run down memory lane as past friends and foes return to square off and fight for the state of the timeline. While the story is by no means the best of the series, it still manages to capture the player’s interest and deliver on emotional moments and narrative payoffs to the series.

With regards to combat, NetherRealm does not disappoint. The beloved combat style that the studio is known for is at its best in “MK11,” as innovations made in the previous game return for this installment with a fair amount of improvements as well.  For starters, in “MKX,” every fighter had three distinct gameplay variations players could choose from to better match their gameplay style. “MK11” uses that same system, but now allows players to custom design their own variations to better fit their playstyles.  Additionally, “MK11” further integrates customization into the game by adopting the gear system of “Injustice 2.” “MK11” doesn’t outright copy Injustice’s model, however, since gear is now primarily cosmetic, albeit with a few slots for augmentations, as opposed to the stat-based gear system of “Injustice 2.”  Furthermore, the gear is a lot less expensive than “Injustice,” as there are fewer pieces of gear to acquire.

Going back to the fighting mechanics, “MK11” also changes how meters work.  Where previously, meter would build up based on gameplay and be used to improve certain offensive or defensive moves, “MK11” now has two separate meters, two bars for defense and two for offense, that regenerate over time and can be used to improve certain moves.  How players decide to utilize these meters can often make the difference in a game. The last major addition “MK11” makes to the series is the addition of Fatal Blows. These moves are violent super moves that players are given access to once their health drops below 30 percent and can only be used once per round.  Their integration into the game is thrilling as fans of the series love the gore that Mortal Kombat is known for. However, close matches often boil down to who will trigger their Fatal Blow first as they easily remove about a third of player health and can be used to easily steal a victory. With that said, the moves are well balanced in that either player is made abundantly aware when they are available and, once they are activated, it is possible to block the move.  In the end, the gameplay additions and modifications introduced in “MK11” further improve the fighting style of the series and make for a more thrilling experience.

Where “Mortal Kombat 11” falters, however, is with its progression system and newly added Towers of Time gamemode. “MK11” locks gear, brutalities and skins behind a gamemode called the Krypt where players take control of a random fighter and wander  in third-person around the Island of Shang Tsung, which is filled with hundreds of chests that contain random unlockables such as gear, skins, concept art and more. These chests are only opened when the player pays to open them using one of the three different types of currency (Koins, Souls and Hearts) and there is no way to predict what you’ll get when you open them or how much you’ll get.  Wandering about the island itself is interesting at first as certain items can be located that will grant you access to different areas on the map, but over time the mundane nature of opening chests with no guarantee of what you’ll get makes the entire experience tiresome and unrewarding.

Additionally, “MK11” sees the return of the Klassic Towers where players can fight against a lineup of fighters and face off against a boss at the end.  The new mode added to this game is the aforementioned Towers of Time, which takes the concept of the Klassic Towers and adds modifiers to the fights to increase their difficulty.  Conceptually, the modifiers are not a bad addition; however, in execution, the modifiers at launch are far too difficult and poorly paced, making the completion of a Tower excruciatingly difficult and prompting NetherRealm to decrease the spawn rate of certain modifiers.

Overall, “Mortal Kombat 11” is a welcome addition to the series as alterations to existing gameplay mechanics make for thrilling moments of action.  Additionally, the story mode again delivers as NetherRealm again proves that fighting games can have compelling plots and emotional payoffs. The only area where “MK11” stumbles is with its progression and gear system, as the random nature of the Krypt makes for exhausting and lengthy gameplay with little to no rewards for the effort.

Verdict:  “Mortal Kombat 11” delivers on a great story and adds to the gameplay that the series is known for, but falters as it adds a new and unrewarding randomized gear system.