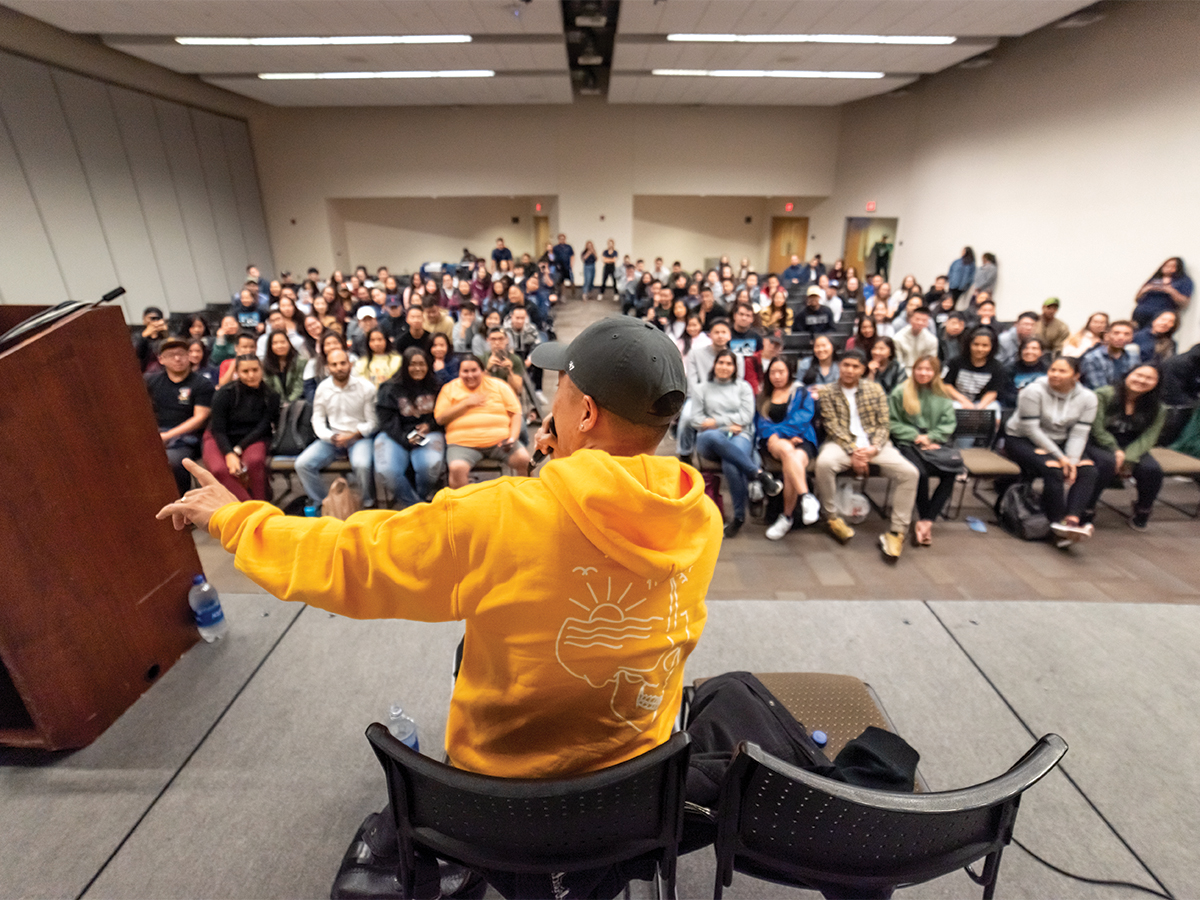 On Tuesday, May 8, “On Stage with Timothy DeLaGhetto” was held in the HUB 302 and by Asian Pacific Student Program (APSP) staff’s count, more than 200 students attended the event. DeLaGhetto is a rapper, comedian, actor and was one of the first major content creators when YouTube first started. He has been a recurring member on the MTV show “Wild N’ Out,” appearing in multiple seasons.

At 7 p.m., the room was packed and all eyes were on DeLaGhetto. DeLaGhetto’s jokes created a light and cheerful atmosphere before the talk even started. The event started when DeLaGhetto began to ask where the different ethnic Asian groups were before moving onto other ethnicities, engaging with the audience and getting them to show pride in their culture. “Where are my Filipinos at? Where my Thai people at? Where my Latinos at? My brown people at?” questioned DeLaGhetto.

“I was doing the ‘Fresh Prince Format’, I was trying to be Asian Will Smith,” DeLaGhetto shared as he spoke about his early days as an entertainer and YouTube creator. He remembered growing up and thinking that the representation of Asians that he saw on media, “people doing karate or the nerds” wasn’t him and he wanted to change that.

DeLaGhetto emphasized that the Asian community has accomplished much in the entertainment industry. “It’s a big year for Asian people in general!” he exclaimed as he talked about the film “Crazy Rich Asians” and seeing more Asian actors being cast in bigger roles. He also touched on some hardships and obstacles he faced as an Asian entertainer, such as roles in movies that would humiliate his character or play into stereotypes.

In between topics, he would stop and interact with the audience, making sure that the atmosphere was never dull. DeLaGhetto also touched on reaching life goals, not giving up, and realizing that college isn’t for everyone. “It’s easy to give up, but you shouldn’t look at it as a dream, you should look at it as a destination! As long as you keep going, you’re going to get there,” DeLaGhetto said.

DeLaGhetto said that the Asian community can be just as successful in “uncommon” jobs and shouldn’t stop because of any pressure from people within or outside their community. Megan Lau, a third-year sociology major and APSP Student Coordinator explained, “He really gets us (the Asian community) and shows us that you can do what you want. You’re able to do what you want to go do. And we were fortunate enough to be able to do a meet-and-greet!”