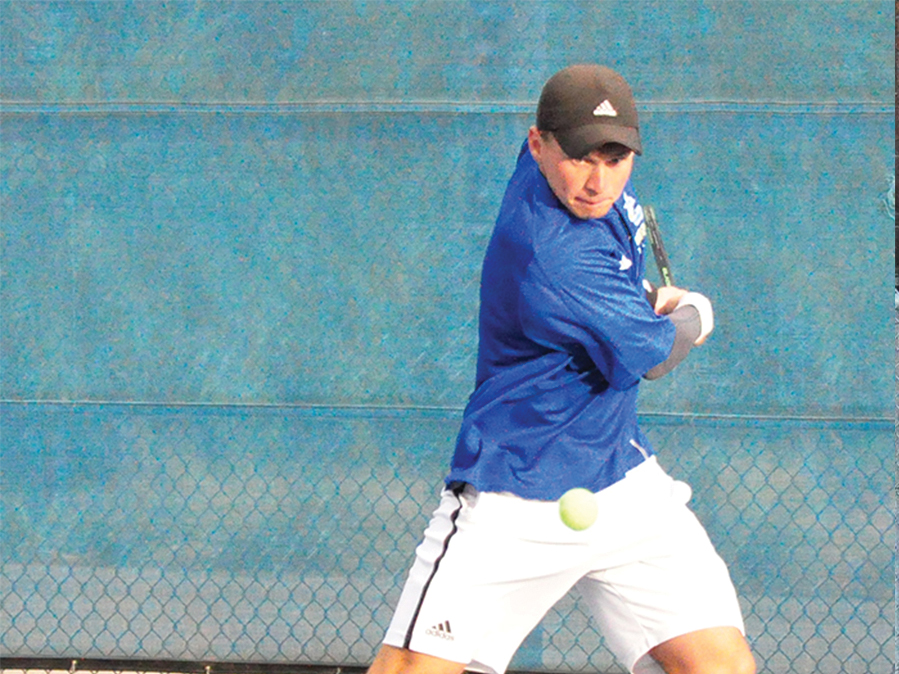 After setting a new program record for wins this season, several of UCR’s men’s tennis players were bestowed with postseason honors.

Senior Kyle McCann was named to the Big West All-Conference second team for his singles play this season. McCann was also named as an honorable mention for his doubles play, alongside his partner, freshman Andreas Whelan-Merediz.

“It’s a great honor,” McCann said. “It brings a lot of recognition to the university, and it shows the hard work I have put on and off the court has paid off.”

In his final season playing for the Highlanders, McCann led the team with 16 singles wins in dual-match play.

“I’ve only ever received (this recognition) one other time, and that was for doubles my freshman year,” Chung said. “It’s always cool to be awarded for that, especially in the Big West Conference.”

For Chung and McCann, their success was something they strived toward since the beginning of the season. McCann and Chung both emphasized the importance of hard work and dedication.

“A lot of hard work,” Chung said. “If you put the work in, you put the effort in, you will see some really good success.”

McCann will leave the tennis program due to graduation, but his life will still continue to revolve around tennis, although now it will be through coaching.

“In the immediate future, I will be coaching tennis at the Southern California Tennis Academy,” McCann said.

Although Head Coach Mattias Johansson will surely miss McCann’s production on the court, he emphasized that McCann’s presence will be missed even more.

Though he will be without McCann’s services next season, Johansson hopes that the team will be ready to pick up right where he left off.

“Hopefully the players coming in are on the same altitude as the players leaving,” Johansson said. “Hopefully, being young they will be able to progress through the stages (of development) faster and be ready to replace, in a sense, the players that are leaving.”