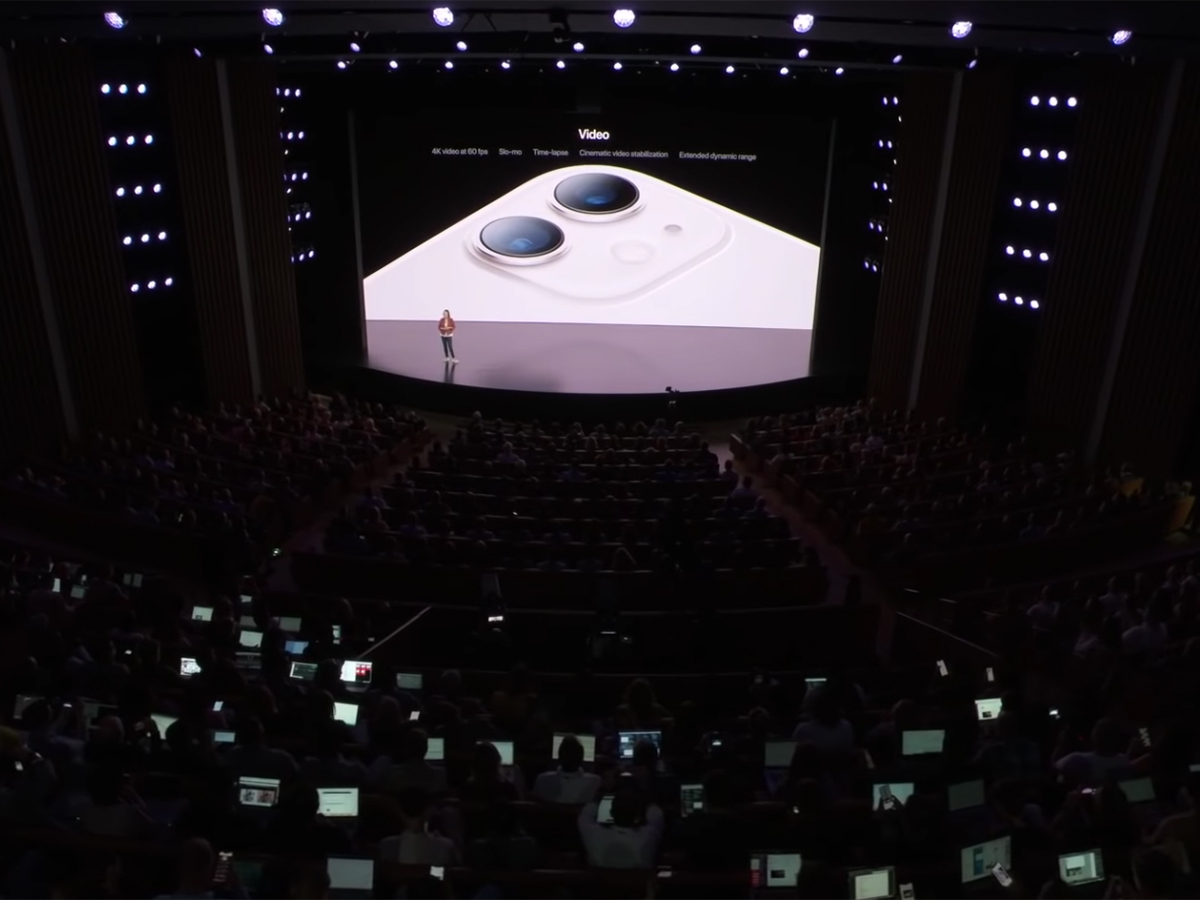 Apple’s control over the smartphone market is much like an empire. With over 45% control, the industry leader has become content with their current model of upgrading a previous generation phone every other year. Unfortunately, the iPhone 11 Pro does little to innovate with its new ultra wide lens, XDR (External Data Representation) display and even better battery life. Apple’s newest line of smartphones have raised quite a lot of controversy since its initial unveiling on Sept. 10. Besides other minor upgrades to performance and cellular technology, Apple’s newest line seems like the weakest with no major changes in design or direction. Furthermore, many of the tech giants competitors have innovated to provide an equal or better experience.

The latest model of iPhone does give substantial upgrades to the quality of their camera, yet the tech giant fails to innovate in a field of variety. By implementing a new ultra wide lens, the new phone can enhance picture depth and quality. This new camera has the capability to bring in more light to brighten darker photos. Despite these changes, however, the other cameras have largely stayed the same with only minor adjustments to the selfie camera. The triple camera design is an extreme benefit to anyone taking lots of photos on their phones. Yet, Apple isn’t the only company with three lenses. For instance, the Samsung Galaxy S10 offers a three lens setup with many of the same features the 11 Pro offers. The S10 is an excellent smartphone that is able to hold its own in camera quality without low-light functionality. Despite this, Huawei’s P30 Pro has a four camera setup that can take photos with impeccable quality and all the same features of Apple’s newest smartphone. Despite Apple’s attempt to give more camera options to users, their newest phone simply gets beaten by several other devices with cheaper pricing. Despite the shortcomings in camera quality, the new smartphone is no slouch when it comes to its all new XDR display quality.

In the advent of smartphones, Apple has always retained its philosophy of making the screen best for the user. One of the biggest benefits to the 11 Pro is its screen with an all new XDR display. First featured with the new Mac Pro, the XDR display is definitely top of the line quality giving more vibrant pictures and better contrast. While the pixel density is the same as the iPhone XS, the new XDR display will make pictures and movies much more vivid than ever before. Coupled with a stronger contrast ratio and a brighter screen, the display of this new phone will hopefully set the standard for them in the future. In spite of this, the Samsung Galaxy S10 still comes out on top with its top of the line AMOLED display and massive 1440p display. Samsung is able to achieve this due to their display not being hindered by a “notch” on its top side. Without this hindrance, they are able to push out more pixels in a similar space.  Undeterred by this, the iPhone 11 Pro’s display should not be underrated as it holds its own in the upper echelon of modern smartphones. With the iPhone 11 Pro having one of the best displays in the industry, the battery seems to follow suit as one of the biggest in any smartphone.

With the growing need for longer and better batteries, Apple has always delivered on giving their new phones more efficient batteries. This year Apple has tried to improve upon their XS Max battery by giving five more hours. While not sounding like much, it’s a huge difference for those that use their phones constantly and always need to be on call. Sporting a huge 3968 mAh (milliamp Hour) battery, the iPhone 11 Pro Max holds one of the best batteries in any phone. This is only beat by the budget giant, the Motorola G7 with its 5000 mAh. While the G7 does seem to last forever, it sacrifices much more just to have the space for such a humongous battery. Forgoing many smartphone staples, the G7 hardly stacks up next to the iPhone 11 Pro in any aspect besides battery. Apple is definitely an industry leader this year with its battery on top of all other features that are packed into the phone. However with the exceptional display and camera, the iPhone 11 Pro suffers from the price gouging that Apple has become known for.

One of the many complaints of new Apple products are the overwhelming prices that are set for the devices and their accessories. The iPhone 11 is no different sporting the same base price as the iPhone XS. The same is true for the Pro Max as it retains the same price as the XS Max. This is definitely one of the weaker aspects of the new line of phones as its new features hardly justify the insanely high price. As discussed before, many other manufacturers have set the bar for competitive pricing for their products. As with many other Apple products, the consumer pays a fee to have all the functionality of the “Apple ecosystem.” Many competitors don’t have to worry about this and let their product speak on its own. Due to this, it’s hard to recommend the iPhone 11 as its price is much more expensive than any of its competitors. For example, the Moto G7 is only $300 and the previously mentioned Galaxy S10 retails for only $800.

Despite all the changes made for Apple’s flagship phone, the main issue is the selling price. Starting at $1,000 flat, the iPhone 11 is priced way too high for features that simply aren’t worth the upgrade. While the smartphone is competitively priced, there are many different other brands that can achieve similar or better feats than the iPhone 11 Pro. Frankly, this iPhone isn’t groundbreaking this time around and it sucks because of how much they got right with the model X. Regardless of how unoriginal the smartphone is, those in need of an upgrade will be perfectly happy with a suped-up iOS experience with the iPhone 11 line.