Beginning this quarter, the UCR police department will begin to use body worn cameras (BWC’s) and in-car video systems as a part of their patrol functions. The addition of BWC’s and in-car video systems is a part of a multiyear initiative across all University of California campuses to leverage a modern resource for law enforcement that is expected to enhance police services and transparency. The technology was officially deployed this week.

In an interview with The Highlander, John Freese, UCR’s assistant chief of police, stated that the emergence of this technology has been acknowledged across the country as a best practice for modern law enforcement agencies. “The University of California Police Department and UC Office of the President collaborated and agreed to implement body worn cameras system-wide. Locally, the UC Riverside Police Department had support from the leadership and our officers to put these cameras in place,” stated Freese.

UCR’s police department published a 12-page body worn camera policy. In the document, it refers to body worn cameras and in-car video systems broadly as body worn audiovisual cameras (“BWV’s”, “devices” or “cameras”). The document states that BWV’s provide documentation to be used in criminal investigations and prosecutions, internal or administrative investigations, training and other circumstances. The document also notes that BWV’s will also serve to enhance the accuracy of police reports, testimony in court and enhance the department’s community relationship-based policing efforts. The document states that this new policy is intended to “balance the respect for privacy and other University values with legal, policy, and administrative obligations. Officers should remain sensitive to the dignity of all individuals being recorded and exercise sound discretion at all times,” according to Freese. 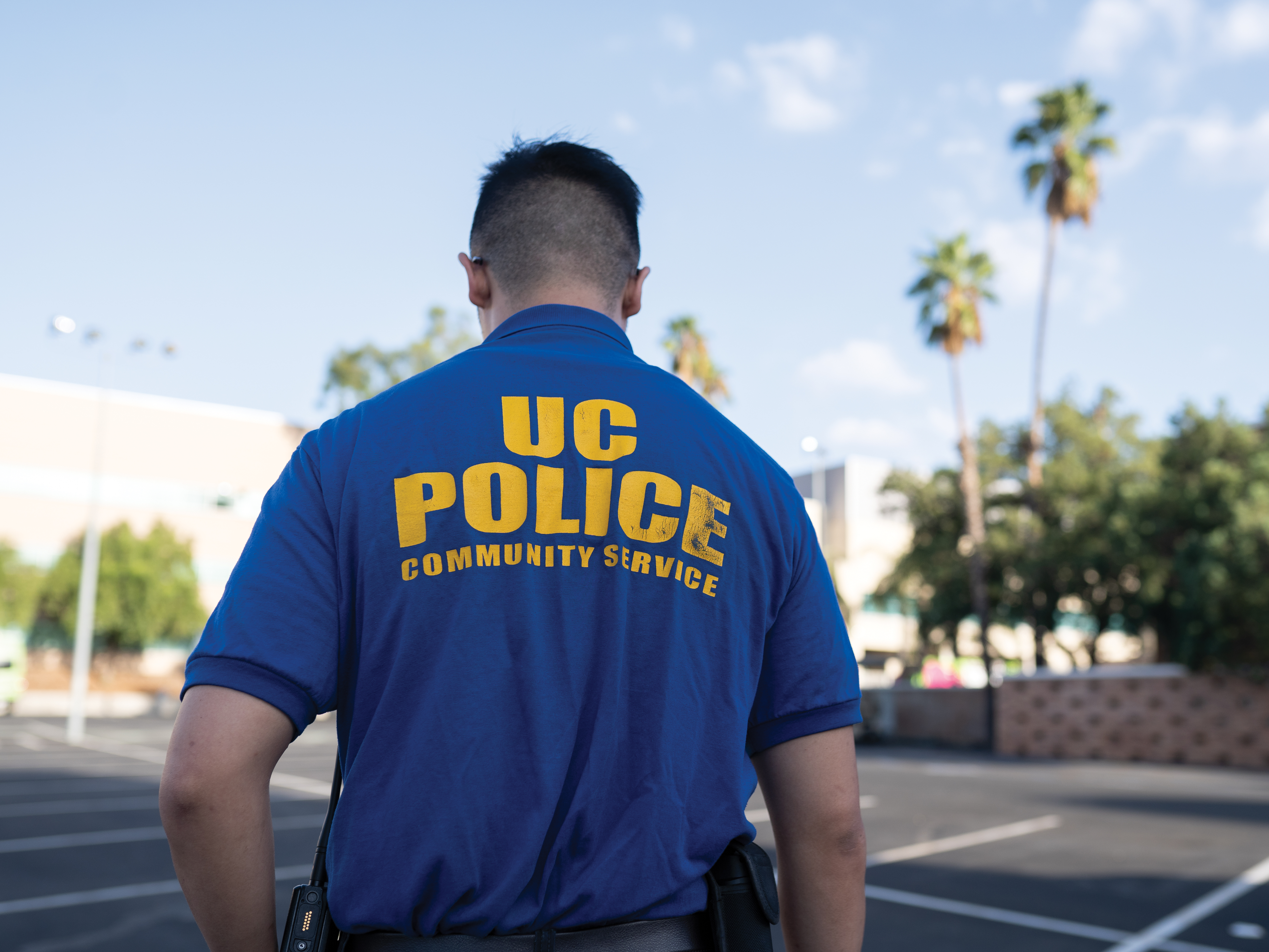 The document notes, however, that BWC’s provide a limited perspective of any encounter and should be considered with all the available facts and evidence. This includes officer perception, witness statements, officer interviews, other available video documentation, forensic and expert analysis and documentary evidence. The document states, “The cameras cannot always show the full narrative nor do they capture an entire scene. The use of cameras does not reduce or alter the requirement to provide thorough written documentation as required by this or other policies.”

Freese believes that the emergence and implementation of this technology will improve transparency between UCR’s police department and the UCR community. Freese stated, “For our community, we hope that our decision to embrace this technology is proof of our efforts to build trust, transparency and accountability.” Freese added that these cameras allow for the opportunity to have a greater view and understanding of enforcement activities. “They provide a valuable perspective on the circumstances our officers are dealing with; and assists in reviewing the facts involved in complaints against the department,” stated Freese.

Freese believes that this technology will improve criminal investigations at UCR. He stated that the video footage provides the officer’s incident point of view to prosecutors and criminal juries, helping increase the effectiveness of criminal prosecutions. According to UCR’s police department Instagram page, body worn cameras are anticipated to not only improve criminal investigations but also the police complaint process.

UCPD began to onboard, test and begin training with BWC’s towards the beginning of September. Their Instagram page states, “As with all new technology, there may be delays and there is a learning curve for personnel using the technology. UCPD continued to use the cameras and train with them prior to their full deployment at the start of fall quarter.”