Over the summer, Devon Sakamoto, the director of The Well and R’Pantry at UCR, announced that Megan Harbert was hired for the newly created position of Basic Needs Coordinator.

This new position was created to assist with maintaining and expanding UCR’s basic needs initiatives and partnerships. In an interview with The Highlander, Harbert stated that UCR has the highest rates of food insecurity across the UC system, with more than half of students experiencing limited access to nutritionally adequate food or reducing their food intake due to lack of money to pay for food.

“One of the greatest strengths of UCR is the students, faculty, and staff that are passionate about basic needs work,” wrote Harbert. Harbert’s role is to help coordinate campus-wide efforts and create more opportunities for campus engagement. This position was also created in line with expectations across the UC system that all UC campuses have staff dedicated to basic needs and food security work.

Harbert’s responsibilities include campus-wide planning, coordination, implementation and evaluation of student’s basic needs and food security efforts. She is also responsible for the supervision of the R’Pantry coordinator as well as oversight and support for R’Pantry operations. Harbert will assist in the coordination and implementation of university outreach efforts, including, but not limited to, involvement fairs, panels and CalFresh enrollment events. 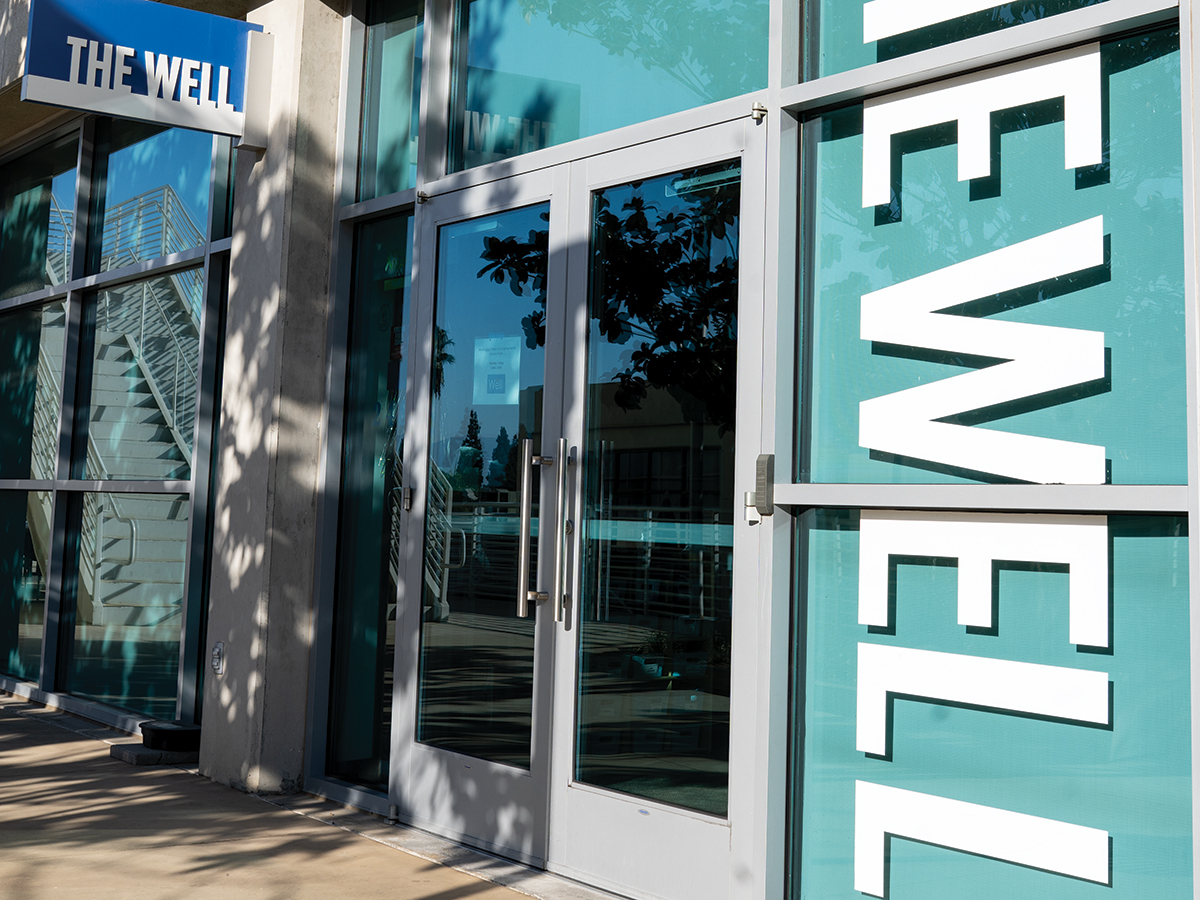 Harbert stated that she will be responsible for the development and facilitation of educational presentations on basic needs and student support services to the campus community. She will also serve as an advocate and an information resource to students, faculty, staff, the UCR community and stakeholders regarding basic needs. Harbert will be in charge of the development of a campus economic emergency response team to support students experiencing immediate financial crisis.

Harbert has been active in the fields of health education and higher education for the past seven years. She holds an M.A. in Public Health from California State University, Fullerton where she focused on health promotion and disease prevention. In her previous roles, she worked collaboratively with a range of community partners to develop and implement educational workshops, awareness campaigns, community events and social marketing tools. Before joining The Well, she worked on a basic needs committee for commuter students at Concordia University in Irvine, developing a strategic plan that outlined priority areas in the areas of food accessibility and student space. Harbert stated, “I believe these experiences in health promotion, collaboration, and student support efforts have helped me in my role as a Basic Needs Coordinator at UCR.”

Harbert noted that most UC campuses have a Basic Needs Coordinator, however, UCR is the only campus to have this position under the health promotion office. “I think being housed in The Well allows for a unique opportunity to approach basic needs work from a public health lens,” stated Harbert. Harbert reiterated that rates of food insecurity at UCR are the highest within the UC System with 53% of undergraduates and 37% of graduate students reporting food insecurity.

Harbert stated, “This position is important because student success is associated with students having their basic needs met. Students should not have to worry about housing and food while they are pursuing their education.”