On Friday, Oct. 4 at the North District Construction Site, UCR and American Campus Communities (ACC) held a groundbreaking ceremony to celebrate the first phase of UCR’s largest building project to date. The ceremony for the North District Project began at 10 a.m. at the intersection of Linden Street and Aberdeen Drive. Among the speakers were Associate Vice Chancellor of Auxiliary Services Andy Plumley, Chancellor Kim Wilcox and University of California President Janet Napolitano. Many school administrators, faculty and staff were present at the event.

ACC is a real estate investment trust that invests in student housing and recently partnered with UCR to create the North District Project. The North District Project is an endeavor that UCR and ACC are leading to redevelop the 50-acre Canyon Crest Family Housing site that was closed in 2017. This project is expected to build a new residence and dining hall, student housing, an NCAA division one competition field, multifunctional and open spaces, supporting amenities and retail services.

The project will create an academic success center, university seminar rooms and residential life programs. UCR Assistant Vice Chancellor and Campus Architect Jacqueline Norman, said “I’m confident that the design of the North district buildings and open space will enhance the intention for the project to be a vibrant new living and learning community.” Norman stated that the buildings are also meant to accommodate for the quickly increasing student body population that is projected to reach 35,000 students by 2035.

Plumley began the ceremony by expressing the “long tradition of community” that the site had, with its beginnings as military housing in 1945 to family housing in the 1970s. He described UCR’s planning process to select ACC as their partner in the housing project and how ACC Executive Vice President for Private-Public Transactions Jamie Wilhelm worked on this partnered project. Plumley acknowledged Wilhelm even further stating that he was “responsible for all on-campus business developments.” 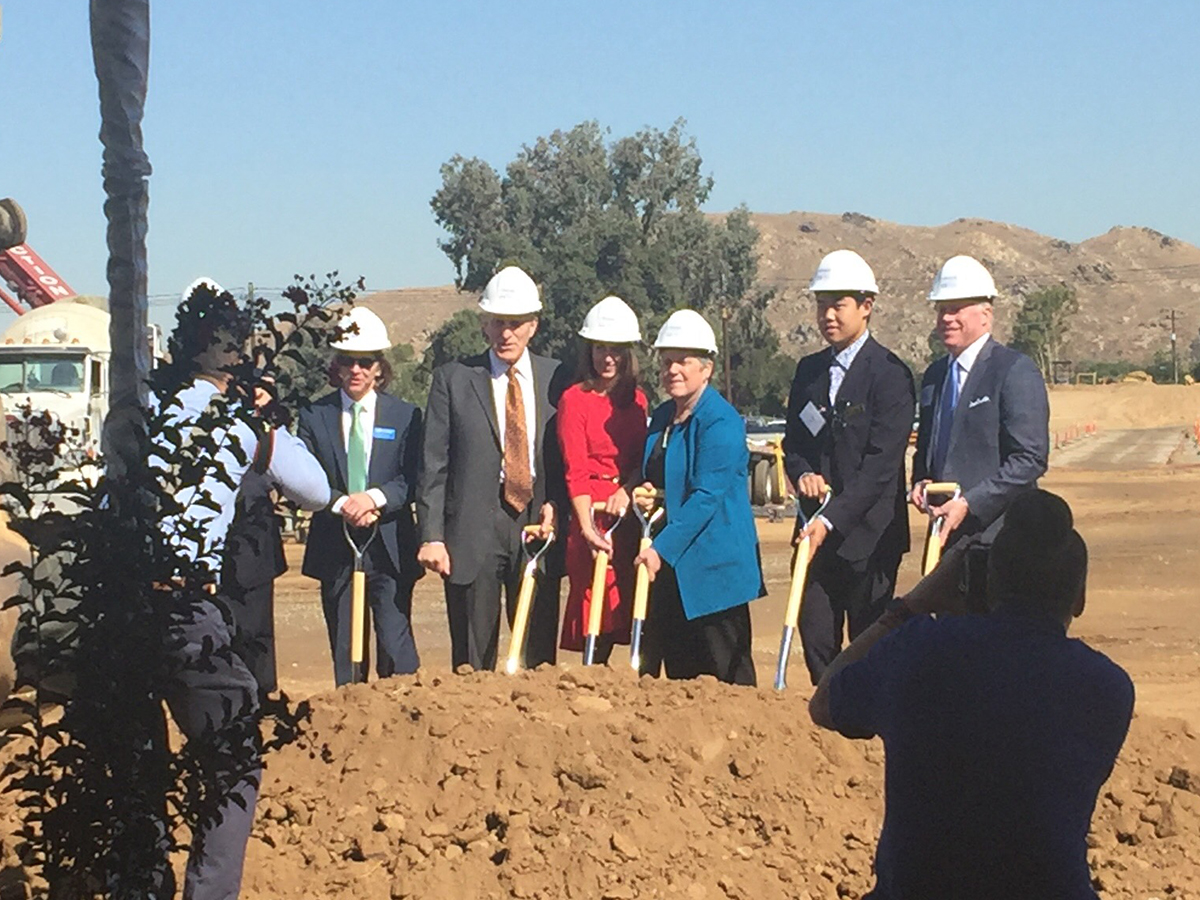 Wilhelm stated that the core values of everyone involved was to create a sustainable, dense and affordable community. Building a dense community would allow them to conserve the land and use the “resources in accordance with a long-term perspective.” Regarding the student housing, Wilhelm stated that “the utmost importance is making sure it’s affordable.” Wilhelm went on to thank President Napolitano, Chancellor Wilcox, the design architects and general contractors for their work.

“This groundbreaking for the North District is an announcement to all that UCR is on the cusp of a new era,” said Norman. According to Norman, the buildings will be five to seven stories tall. “This will allow us to use our land more effectively and sustainably, but also to create dynamic spaces that can effectively support the program and greater campus community,” Norman said.

Wilcox stated that UCR is going to be “environmentally conscious” and smarter with the space they have. He added that they will construct buildings that are more durable and taller as a way to better conserve the land. Wilcox stated that the construction is energy efficient and will include more walkways to accommodate pedestrians.

Wilcox commented on any unforeseen benefits that could come from the construction of the North District Project. He stated that the buildings would make the campus look more aesthetically appealing due to its modern design and it would make the area more connected to the campus.

All the speakers gave thanks to UC President Napolitano, Chancellor Wilcox and many groups who had contributed to the project, such as SCB, a national interior design company that works on campuses, and the City of Riverside. According to SCB, the North District Project will “enhance the overall academic experience for students and create an exceptional living/learning community for the campus.”

The event concluded with the groundbreaking by Politano, Wilheim, Wilcox, Plumley, Norman, Interim Provost Thomas Smith, Vice Chancellor for Student Affairs Brian Haynes and Executive President of UCR Residence Halls Association Christopher Nam. According to SCB, phase one of the North District is scheduled to be finished in 2021 and the Dundee Residence Hall and Glasgow Dining Hall are anticipated to be completed in the fall of 2020.