On Sept. 30, a man posing as a UCR maintenance worker was spotted roaming the Falkirk apartment complex with a yellow construction vest, a stolen clipboard and UCR work order forms. The man was 20-year-old, Isaiah Wright.

According to UCPD, Wright, who is not a UCR student, had previously run into UCPD on Sept. 24 of this year, when he pretended to be an instructor at the Aberdeen-Inverness Residence Hall. The UCPD bulletin said that Wright was told to leave or he would be arrested and he complied. However, he returned to campus two days later and was arrested by UCPD for trespassing.

Wright was arrested by UCPD a second time at the Grand Marc Apartments the night of Sept. 30 after being spotted by a student who saw the crime alert of a person posing as a maintenance worker. The UCPD crime bulletin showed that he was charged with possession of paraphernalia, possession of narcotics and burglary. One student who encountered Wright on Sept. 30 at Falkirk gave her personal account.

The student, who asked to remain anonymous, said that Wright introduced himself as a maintenance worker and stated her roommate’s name and identified himself as a maintenance worker who came to fix their closet. According to the student, she and her housemates saw that Wright had a UCR sweater and clipboard of work orders, so they let him into their apartment. Wright said he had a work order for their closet doors, but the group was suspicious since the Resident Services Office had told them that they would fix their closets on Monday. 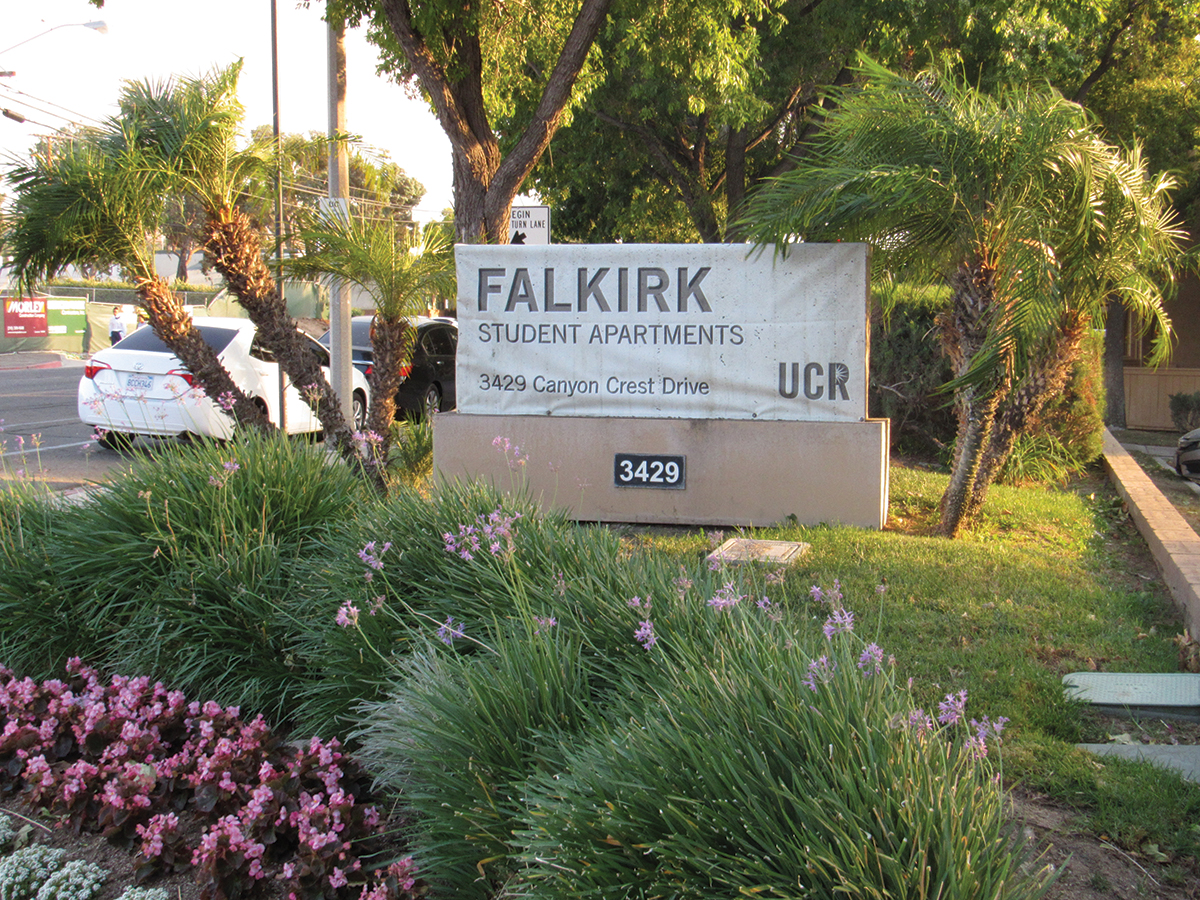 According to the student, the work orders were real “because he went to put his clipboard down and my roommates looked through them to make sure they were real and they were.” It would later be known that Wright had stolen the real UCR work orders from a UCR maintenance worker. The student said, “I know people who work for UCR so it didn’t strike me as weird, but he was weird.”

She went on to say “he came into my room and took out a switchblade and started scraping in between the track of the closet.” The student stated that Wright then broke his switchblade and tried to fix it while talking to the three students. Wright was also making sexual, inappropriate and racist comments towards the three housemates during the incident. They asked to see his ID and he became anxious. Then the students asked him to quickly finish what he was doing and leave.

The student said that Wright left the apartment insulting the students with racist and rude comments. When Wright left, the students called UCR facilities to make a complaint about Wright. That was when they were told that Wright was not a UCR employee. Regarding the incident with her housemates, the student said, “Now we don’t feel safe in our own apartment.” Frustrated by the lack of awareness by UCR facilities for losing the maintenance work orders and not getting an alert of an impersonator on campus, she questioned, “How long were they stolen before they knew?” The student said that the experience was unexpected, shocking and scary.

In an interview with The Highlander, UCPD Assistant Chief of Police John Freese gave suggestions to keep students safe. He said, “we suggest all students remain diligent and aware of their surroundings,” and “should avoid being distracted by smartphones and other technology when walking.” Freese stated if someone claiming to be a maintenance worker comes to a student’s residence, on or off campus, the student should “demand to see a facilities/contractor identification and uniform and only open the door if they feel comfortable.” If they don’t provide identification then the person should immediately call the police.

According to Freese, “UCR Facilities has taken steps to insure that work order information is protected, so it cannot be accessed by someone who is motivated to pose as a maintenance worker.” A safety notice with more details on the incident is posted on the UCPD website. UCPD asks the people of the area to call if they see anybody acting suspicious or engage in criminal activity.