On Friday, Oct. 18, the HUB Governing Board and Office of Planning, Design and Construction (PDC) hosted a presentation on the upcoming construction of the Student Success Center (SSC) building at HUB 269. The event lasted from 10 a.m. to 11 a.m. and provided food and drinks.

The HUB Governing Board is responsible for developing facility operations policies, approving budgets and special event requests, developing usage policies for facilities, providing comment on HUB Programming, initiatives, operations and approving an annual report developed by the HUB facility detailing the fiscal and management operations of the facility to the chancellor and students.

The SSC, which will be adjacent to the Interdisciplinary South and Student Services Buildings, is a new building that will include lecture halls, classrooms, informal study spaces, social lounging and a dining venue. According to HUB Director Brendan O’Brien, the SSC will include the first ever gender-neutral bathroom and Socratic lecture hall at UCR. O’Brien said that the HUB Governing Board looked through ways to accommodate the rising student population at UCR and they found that the SSC is the most cost-effective way to adjust to the rapid growth. 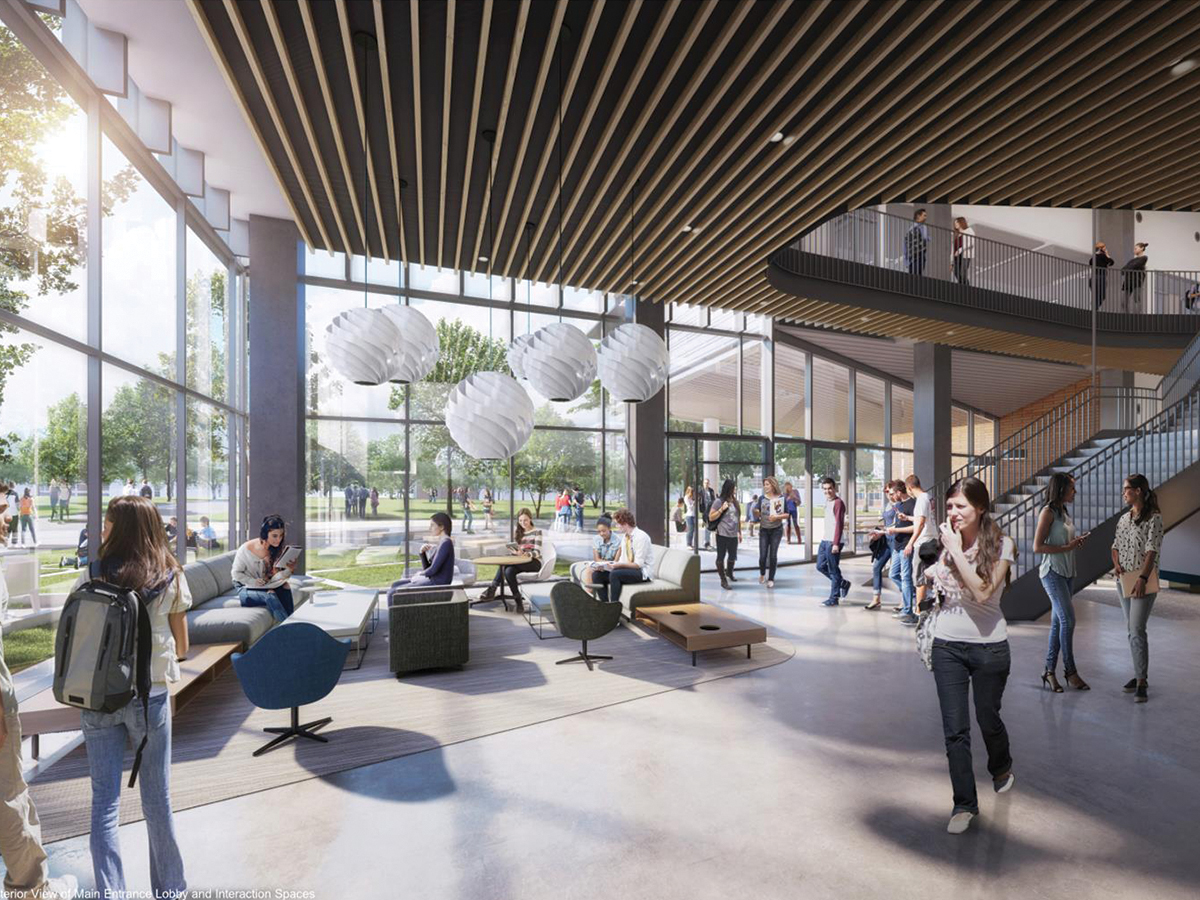 Vice Chancellor for Student Affairs Bryan Haines opened the event and gave the podium to O’Brien, who showed a video of what the SSC would look like when completed. Following the video, O’Brien introduced two members of the Office of Planning, Design and Construction who extensively worked on the building plan. Project Manager Mihai Gavin and Co-Director of Project Management, Architects and Engineers Drew Hecht, spoke of the planning process and the architecture of the SSC. According to Gavin, seven months of planning and design went into the layout of the SSC.

Gavin explained how the SSC will have a positive effect on campus stating, “I think it was about time that we added another building on our campus that was education and student focused.” Gavin said that the three-story building will create a social environment that allows students to study and learn effectively. The modernist aesthetic of the SSC “makes a much richer experience,” due to the way the “building talks back to campus in subtle ways,” Hecht stated.

Three major focus points of the SSC were student affairs, student life, generally assigned classrooms and the dining venue, said Gavin. He added that besides the large and medium lecture halls, the SSC building will include an official testing center and multi-purpose rooms.

O’Brien stated that he will provide campus updates on the construction from the HUB Governing Board. The construction of the SSC will start this November and it is expected to be completed in July 2021.