During Public Forum, BCOE Senator Maurice Armstrong, who was running for the position, stated, “I personally believe that someone who has sat on the Green Campus Action Plan committee in the past or currently deserves to be the undergraduate sustainability director … I think the undergraduate sustainability director position is very important but I think GCAP is even more important … I know that I am running for this position but personally I think the ideal candidate is actually Alexis Illich.”

Dyanna Castaneda, the ASUCR elections director announced that three students were running for the position: Alexis Illich, Maurice Armstrong and Miranda Lara. Lara was absent during the election for reasons unknown. Castaneda stated, “We received applications for this position and the process was very strict because this position does require at least a year of experience within ASUCR.”

Executive Vice President Abigail Cortes announced that each candidate would have two minutes to give a speech before moving onto a question and answer portion between the senate and the candidate. Alexis Illich was the first candidate to give her speech. Illich began by introducing herself and stating that she has served on the GCAP committee since her junior year. She was initially the programming director for GCAP but she stated that due to circumstances, she is now the vice chair.

During her time in GCAP, Illich stated that she has designed and built battery recycling towers for half the market cost, assisted in coordinating many GCAP events as well as helping in other activities and projects. She stated that the various activities she has participated in while working for GCAP proves that she is capable of managing her time and handling a hefty workload.

“We will lay the foundation for future committees to have the blueprints to rapidly improve our sustainability sector on campus, leaving a legacy of protocols to assist for the future of our organization,” stated Illich.

After her speech, President Pro Tempore Preeti Juturu asked Illich what direction she wants GCAP to take. Illich answered, “I want to organize the funds that GCAP has currently. Right now we see a lot of repeated grants being awarded which is great, but I would really like the grants to be something all students can feel comfortable applying for.” She went on to state that she would like to see a more even distribution of funds within GCAP and a more even distribution of the grants that they award. Illich stated that a $20,000 grant was awarded for a solar car project but wished to see grant money more evenly distributed.

CHASS Senator Miguel Ramirez asked Illich what she believes the greatest sustainability challenges UCR is facing to be and how she plans to tackle them. Illich responded by stating, “Right now there is a huge issue with our zero waste initiative. Countries are no longer taking our trash so now we are the ones who are responsible for our trash and that is one issue I think should be tackled on campus.” She also stated that a big chunk of energy use on UCR’s campus comes from campus labs. She stated that she would like to see that energy usage decrease through their green labs initiative.

BCOE Senator Maurice Armstrong then gave his speech. Armstrong stated, “Being on the GCAP committee is what got me involved in ASUCR … I think it is very sad that we lost a director and have not been able to do things such as pass grants … I think it is just important to have someone step in and continue to do what we had been planning to do.”

After his speech, Juturu reiterated her question that was asked of Illich and asked Armstrong what his vision for GCAP’s direction is. Armstrong stated, “When it comes to the grants we award, a lot of BCOE students are applying for them but I believe that we should try to extend those grants to get students from other majors and colleges to apply for those grants.”

CHASS Senator Ramirez also reiterated his previous question to Armstrong and asked what he believed the biggest sustainability challenges facing UCR are and how he plans to tackle them. Armstrong stated, “There are so many small things departments and students can do to promote sustainability on campus. One small thing that every department can do is add aerators to their sinks.” Armstrong stated that aerators help waste less water while sinks are running. “When you try to completely overhaul what administration wants to do when it comes to the environment is going to be very difficult and take a lot of time. I think that using the grant money that we have now to achieve small initiatives and projects is the best plan and will get students inspired about the environment.”

Illich stated, “Thank you guys for listening and participating in this election. I do appreciate you guys taking the time out of your day to do this. I hope to see you guys around.” 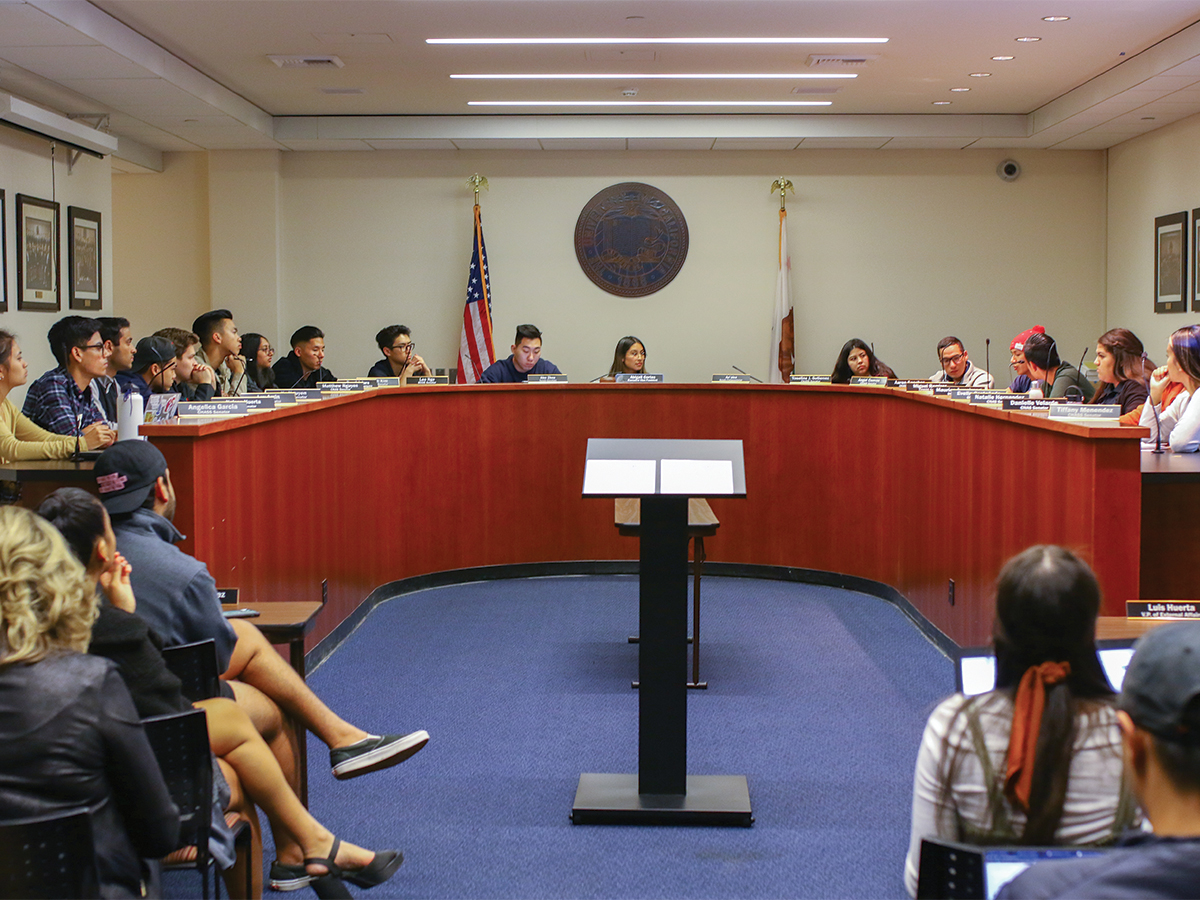