Highlander
Home Radar Off The Record Tame Impala’s dive into the ‘20s: a look into the legacy and... 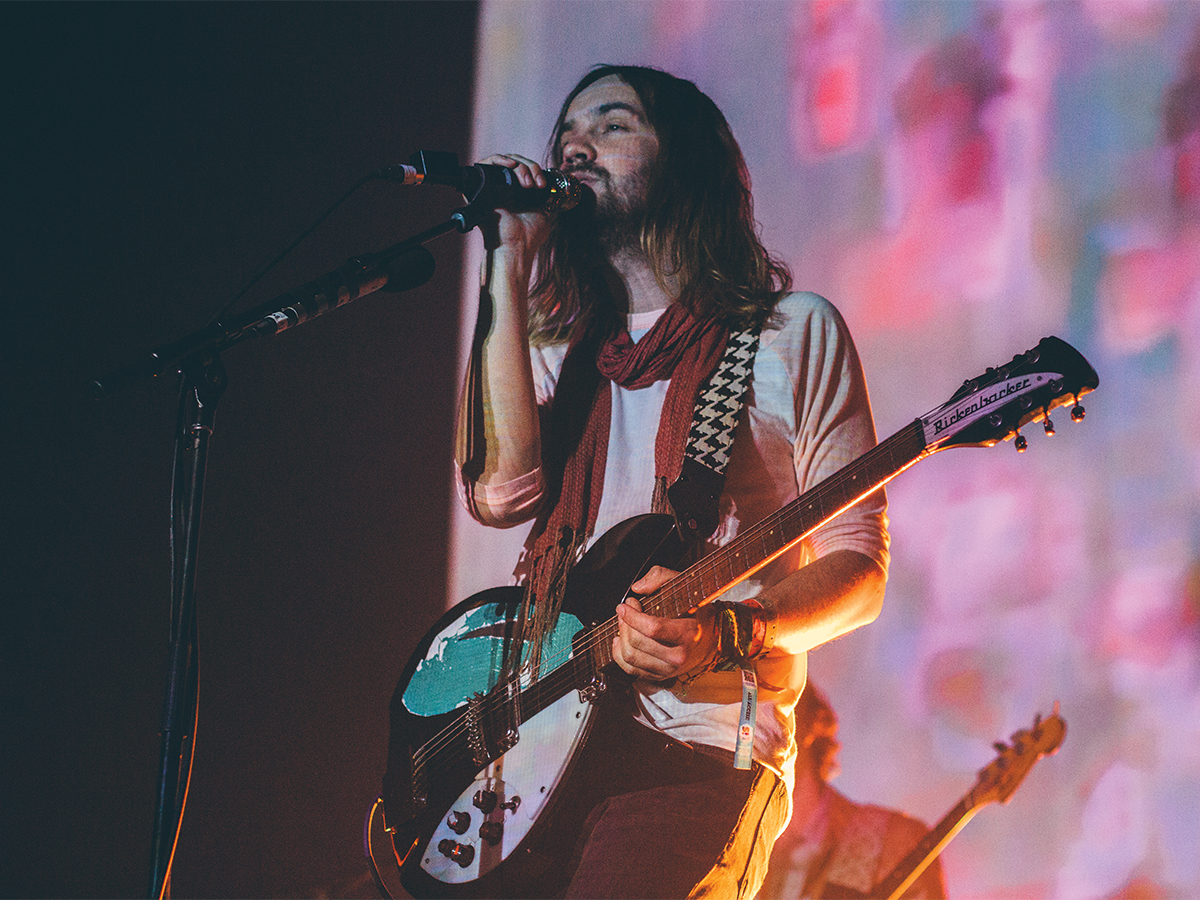 Tame Impala might have been the biggest band of the previous decade. The band’s debut album “Innerspeaker” came out in 2010 and played a huge role in ushering in a new era of psychedelic rock (psych rock). Flaunting a classic ‘60s foundation akin to early Pink Floyd and hippie era Beatles with a sleek millennial facelift, “Innerspeaker” was about as successful as a first album could be, especially in a decade where rock is no longer the top genre.

Their sophomore LP “Lonerism” shed a thin layer of that ‘60s influence and expanded its  modern identity by utilizing more pop-based melodies and contemporary synth keyboard frequencies. The bass, drums and guitars still kept a proper psychedelic groove. The result was a sound that kept Tame Impala ahead of the curve in a time where imitation bands began crawling out the depths of the internet.

Mastermind Kevin Parker and the band had already earned a respectable amount of success with these first two releases, but it was 2015’s “Currents” that skyrocketed Tame Impala into massive popular recognition. The album had a much cleaner production, sound and song structure. The previously loose lo-fi drums and fuzzy bass lines that kept the groovy jam band vibe within the project almost completely vanished. In its place is a high quality crisp drum sound and tight consistent rhythms not too different from sensual rhythm and blues or hip-hop beat. Natural guitar sounds faded away as dreamy keys took the front, and vocals were now in a higher pitch and a style that seemed like a slight remnant of Michael Jackson. Still with all of this mainstream infection spreading, “Currents” still managed to stand out among the rest of what is normally considered pop music. This is largely due to Parker’s commitment to organic instrumentation and his signature, albeit now subtle, rock-and-roll foundation. The result is something for everyone: a well balanced album that’s enough of a trippy sonic odyssey to keep the hipsters happy while also harboring all the right soulful summertime pop vibes to catch the attention of the mainstream crowd.

For almost four years, “Currents” stood as a pillar of pop music among the youth. You’d be just as likely to hear songs from the album like “Let It Happen” and “The Less I Know the Better” at a random house today as you would when it first came out. Still, the world was patiently waiting for the band’s next release.

Finally, in 2019 Tame Impala began its leap back into the spotlight with the release of new material. “Patience” came out in late March and brought with it a tweak on the modern pop sound of the last album by utilizing bright organic piano chords and a steady background bongo beat to produce a glamourous disco-esque dance track. “Borderline” came out just weeks after, bearing many of the same qualities as its predecessor, with the addition of sparse flute sections to add a certain air of warm charm to the mix.

Later in the year, two more singles were released: “It Might Be Time” in October and “Posthumous Forgiveness” in December. Anybody who worried that Parker was losing his psychedelic edge, given the lack of anything spacey on the springtime singles, was sure to be pleasantly reassured with these two brain flippers. Both songs feature the return of old Tame Impala qualities such as glowing neon synth melodies that sound like laser beams and vocal performances that take on a bit more of a melancholic tone. The drum production has a touch of more grit in its sound, giving the songs overall a small fuzzy boost in attitude.

Their latest song “Lost In Yesterday” came out on Jan. 8 and is the last single before the release of their new album “The Slow Rush,” which is set to release on Feb. 14. This track finds a solid middle ground between the two separate worlds that the band presented in 2019. The keys have a distinct synth timbre that leans on the psychedelic side, but the chord progressions are minimal and relate much more to the disco-pop influence of the first two singles. The same could be said about the bass and guitar: a thick muddy rock-and-roll based tone with sleek dance floor melodies. The drums are the opposite, incorporating high production sound with an unorthodox yet fluid beat that utilizes intricate hi-hat work and a plethora of repetitive descending drum rolls. Parker’s vocals also follow this strategy, with a tone that sounds a bit down and sad at first, but he manages to keep a breath of positivity and relaxation. The lyrics also delve into this attitude, describing the pains of regret and nostalgia while also accepting that one can only keep moving and looking forward when dealing with these feelings.

As far as evolution goes, “Lost In Yesterday” and the rest of the singles aren’t too different from the shiny dreamy melodies of “Currents,” but that isn’t a bad thing. “Currents” is huge for a reason, and the current songs that are previewed to be on this new album are a splendid extension of that infectious sound, with a respectable nod to that old groovy sound on their first two albums. Parker’s voice varies from song to song, sometimes high and soulful, sometimes a downtrodden croon; and while the drums and bass are still in a cloud of soul and R&B inspiration, we’re graced with the return of more prevalent guitars and synth keyboards that blend the classic ‘60s psychic organ sound with the cutting edge tones of proper modern music technology.

This return of form has worked Tame Impala’s fanbase into a frenzy; fans are relieved to witness the return of the champion of psych pop and eagerly anticipating Feb. 14. Considering the early release and relatively lack of major new music so far, there are a lot of high hopes floating around “The Slow Rush” for 2020. If the album is able to live up to its current hype, Tame Impala will have successfully ushered us into a new decade of modern sound.