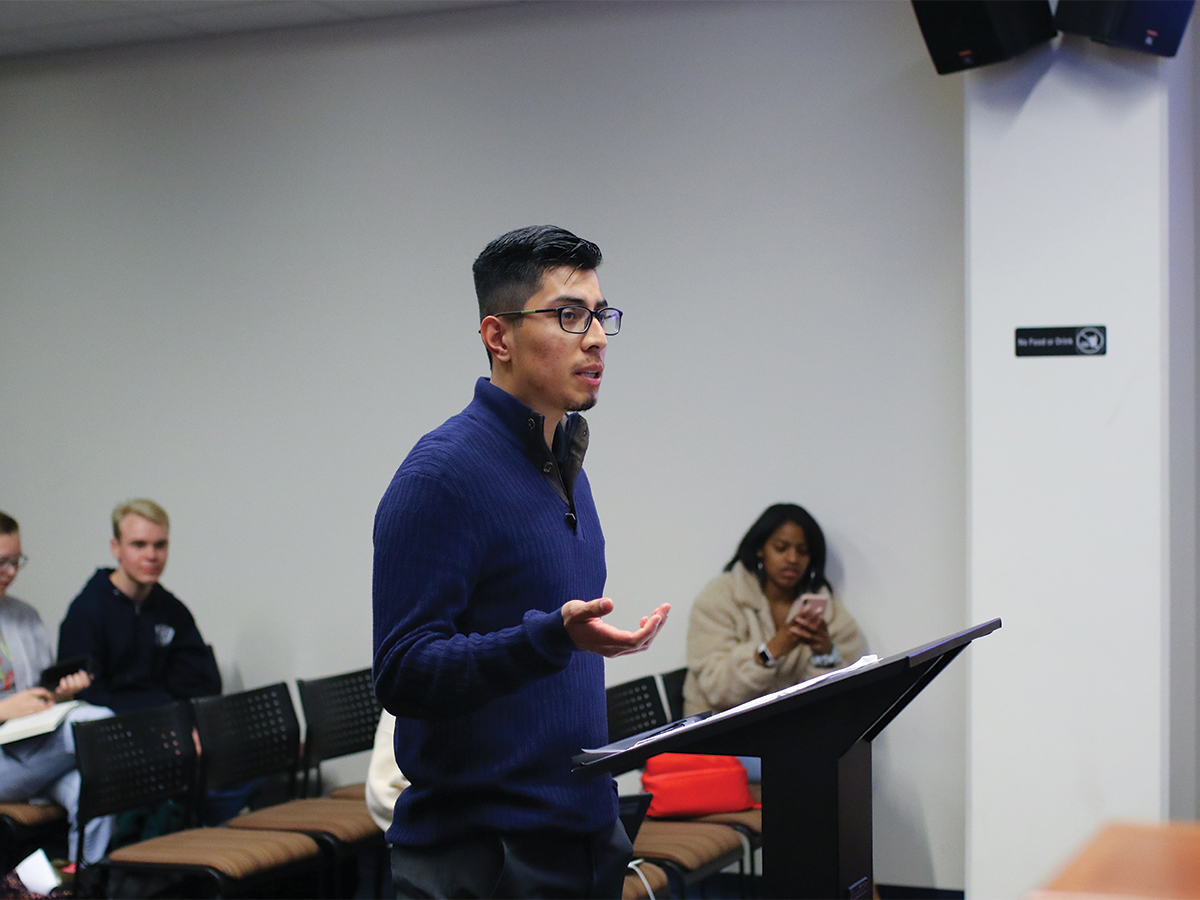 On Wednesday, Jan. 22, ASUCR held a special elections to fill the vacant president pro tempore position after the former president pro tempore, Preeti Juturu, publicly resigned. In the special election, CHASS Senator Miguel Ramirez and CNAS Senator Natalie Hernandez both ran for the position. After speeches from both candidates and a closed deliberation from the senate, Ramirez was elected with a vote of 11-6-0.

In an interview with The Highlander, Ramirez stated that he decided to run because he felt prepared and ready to take on the responsibilities of the position. “I think I can bring good knowledge about legislation acquired last quarter, in addition to being able to bring people together and finding ways to work with other members of ASUCR,” stated Ramirez.

In terms of legislation, Ramirez said he wants to accomplish two things. He stated that he first wants to work with other senators to increase the number of legislation that is written and submitted. He stated, “This means that not only more senators will engage in the legislative process, but more senators will be working with UCR students on legislation they care about.” The second thing he wants to work on is working with his own interns so they can also engage and become more familiarized with the legislative writing process.

Ramirez noted that the president pro tempore position comes with additional responsibilities, but good time management can guarantee that he attends to all of his responsibilities.

“The fact that my fellow senators voted for me means they trust my work ethic, and are confident that I can be a good leader. Of course, the only way to show they made the right decision is by working hard and by letting my actions speak for themselves,” stated Ramirez.

In regards to his experience with the Legislative Review Committee, Ramirez stated that he was chosen to be one of the committee members at the beginning of the school year and had the opportunity to watch and learn from former President Pro Tempore Juturu’s work closely. “When she resigned, I stepped up and chaired an LRC meeting as well as presented the committee reports on two of our ASUCR meetings. Doing so helped me realize I had a passion for this work and that I was prepared to take on the position,” stated Ramirez.

Ramirez stated that he hopes to follow in Juturu’s footsteps as president pro tempore. He stated, “she is an extraordinarily hard working individual who cares a lot about student issues, so I want to continue to do things in a similar way and with a similar focus.”