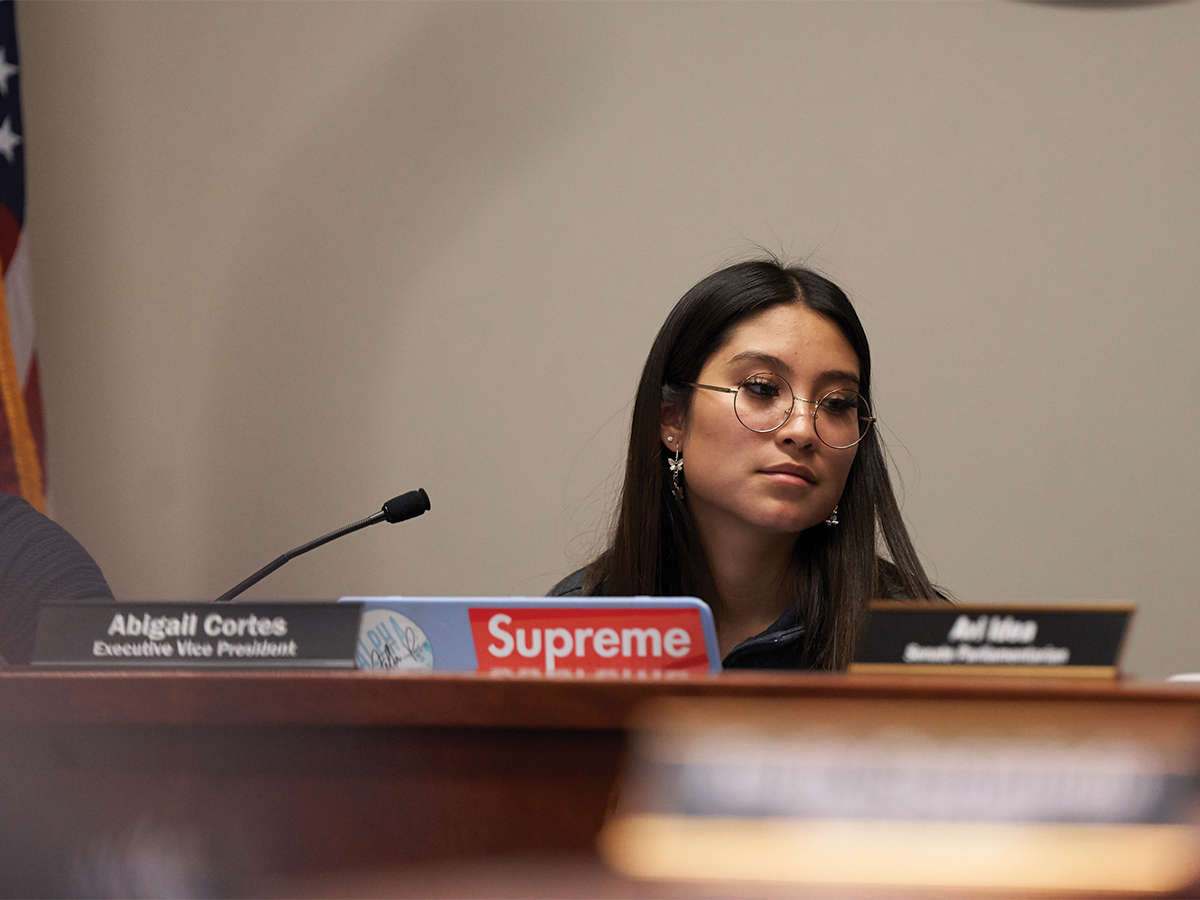 On Wednesday, Feb. 5, ASUCR held their fifth meeting of the quarter. The meeting centered on discussion around SB-W20-009 Amendments to Chapters 10, 8, 2 & 4 of the ASUCR Bylaws. These amendments to the bylaws would propose a stipend increase for the ASUCR executive vice president (EVP).

The senate then moved into a separate room to discuss the bill. Due to the closed session discussion of the bill, no explanation was offered for what the bill would do or how Chapters 10, 8, 2 and 4 of the bylaws would be amended and for what reason.

In an interview with The Highlander conducted after the meeting, President Pro Tempore Miguel Ramirez explained that the bill would amend Chapters 10, 8, 2 and 4 and that the bylaw changes added responsibilities to the EVP role stated in Chapter 10 and modified all other bylaws that were affected, which are Chapter 2 and Chapter 4. The proposed changes to Chapter 10, according to Ramirez, included individual one-on-one meetings with every senator once a quarter, being well-versed through self training or professional external training in parliamentary procedures, specifications and guidelines to plan fall retreat and hosting a weekly legislature reading session to ensure all senators read and understand what they are voting on. Chapter 10 would also be amended to require the EVP to train any newly appointed senators, be responsible for executing at least one campuswide project, event or program, meet with the ASUCR president regularly and sit on two campuswide committees. The bill also edited Chapter 8 upon senate vote.

Ramirez stated to The Highlander, “The overall purpose of the bill was to add responsibilities to the EVP bylaws to guarantee many things the current EVP is already doing are carried out by future EVPs, modified any other bylaws affected by the addition of those responsibilities and increased the stipend of the EVP.”

After more than an hour passed with the closed session meeting taking place, ASUCR Parliamentarian Avi Idea addressed the galley and stated, “Robert’s Rules of Order do state that there needs to be a majority vote cast by the senate in order to go into a closed session discussion. I am not exactly sure what to do here.”

Idea added, “I cited the rules. I asked EVP Cortes to show me where in the rules that it states that she can just call a closed session. She either was not able to or she just did not want to. She just said that she wanted to continue with the meeting.”

Idea stated that he showed Cortes where in Robert’s Rules of Order it explicitly states that a majority vote is needed to move into a closed session. Idea stated that in response, Cortes asked the senate to vote right then to continue the closed session and they voted to do so. “Obviously there are issues with doing something and then voting on approving it later but that is what they are doing. I cannot force them to come back in here. I have explained my point, I cited the rules, I did my job and I am doing my best,” Idea said.

After answering more questions from the galley, Idea stated, “If she (Cortes) is so confident about being allowed to call a closed session without a majority vote, then by all means I would love for her to find some kind of rule here but I do not like the discrepancies … they did vote to continue the closed session but that should have been done publicly. This was just done in bad taste.”

After approximately an hour and 30 minutes of closed session discussion about the bill, the senate made its way back into the senate chambers. Cortes prompted the senate to cast their votes on the bill. After a vote was taken, the bill ultimately failed to pass the senate with a vote of 7-4-4. Legislation requires a two-thirds majority vote by the senate to pass.

During Public Comment, members of the galley expressed their concern with discussion on the bill being held in a closed session. In response, Cortes stated, “The chair of the senate (the EVP) is allowed to make choices about the methods of voting as well as the methods on discussing issues per Robert’s Rules of Order.” When she was asked to cite the clause per Robert’s Rules of Order by a senate intern, Cortes stated that she did not have the exact clause with her.

The Equity & Opportunities Referendum will allocate a $10 student fee to provide support and assistance for UCR’s Underground Scholars Initiative, R’Kids, Student Veteran’s Organization and the Office of Foster Youth Support Services. Support would go toward better staffing for the programs, more resources and more. $2.50 from the $10 student fee will go back towards financial aid.

The Performing Arts Support and Access Fee Referendum was discussed by CHASS’ Associate Dean for Arts and Humanities Kiril Tomoff. This referendum would provide further funding for UCR’s Department of Theatre, Film and Digital Production (TFDP). Tomoff stated that most funding for TFDP comes from the CHASS Dean’s Office but that funding comes from the SSAP fee passed in 2012 and that fee is no longer adequate for the originally proposed purpose. Tomoff stated that without a change in funding support TFDP cannot expand productions to accommodate growth in student numbers, music instruments cannot be adequately maintained, repaired or replaced and more issues will be presented.

The student fee will increase the current PASA fee by $7. Students currently pay $2.50 per quarter and the referendum proposes that they pay $9.50. 25% of the fee will be returned to financial aid. Tomoff assured students that the majority of support for TFDP will still come from the CHASS Dean’s Office and that the burden is not being moved from the CHASS Dean’s Office and on to students. Both referendums were passed to be voted on in the general election 16-0-0 and 14-0-1.

The Highlander will provide further updates and details about these referenda.