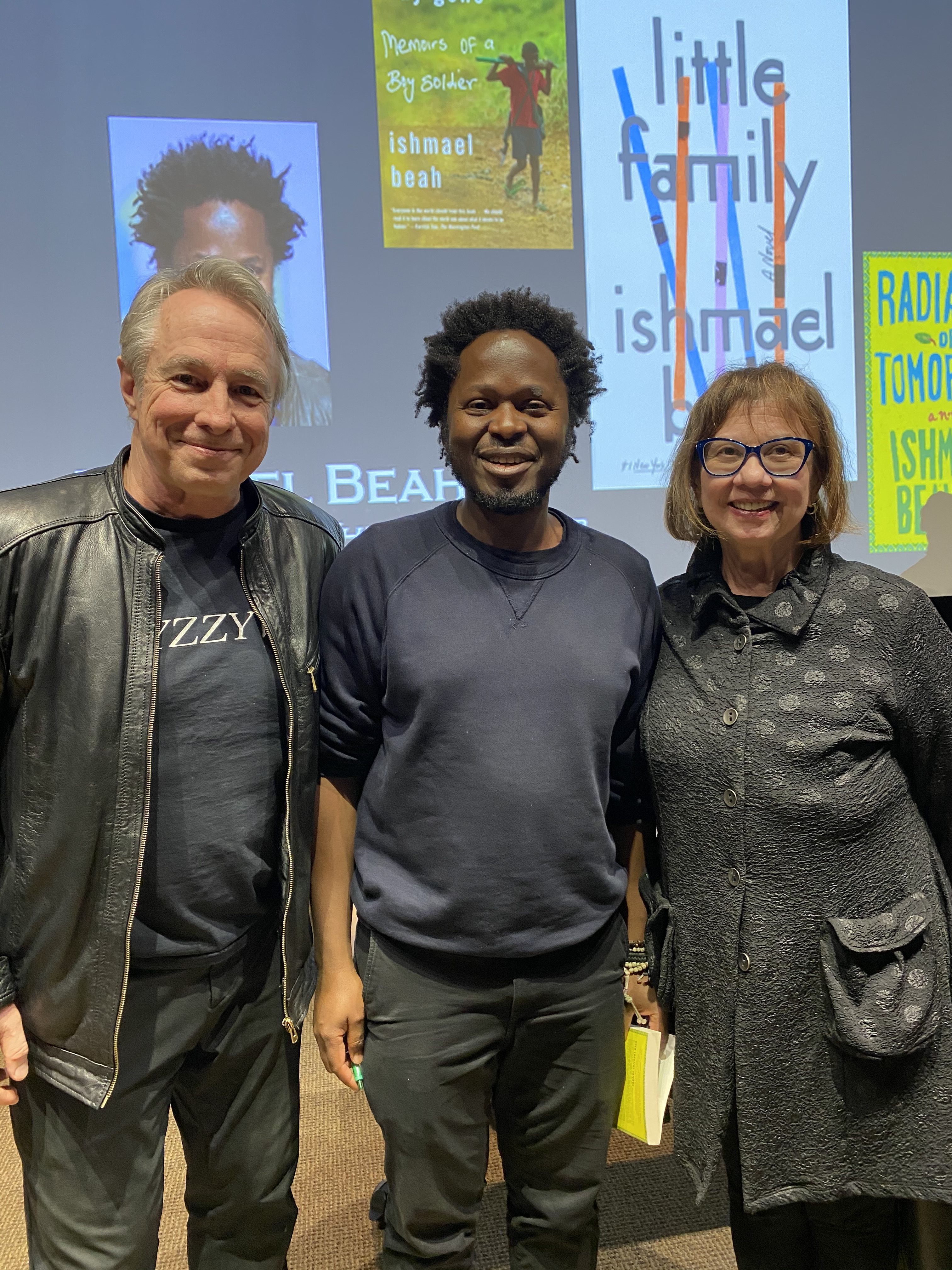 Author Ishmael Beah spoke Wednesday, Feb. 12, in INTS 1128, as part of the 43rd annual Writers Week at UCR. With a crowd of students and local visitors, the event began at 6:30 p.m. as MFA candidate in non-fiction, Amanda Oliver, introduced Beah.

She talked about Beah’s bestselling books “A Long Way Gone: Memoirs of a Boy Soldier,” a memoir on Beah’s own childhood, and “Radiance of Tomorrow,” where the characters struggle to rebuild a war-torn town. Oliver herself “had the pleasure of meeting Ishmael at a literary event last year and was struck, as many others have been, by his immense warmth and kindness.”

Beah began by saying that he was “more of a reader than a writer,” and started out telling the audience of his childhood days in Sierra Leone, mentioning the widespread dislike of writing as a career, “If you said you wanted to be a writer, you’d be kicked out of school,” which garnered a good laugh from the crowd. Beah then talked about something his father did to help Beah describe the world: “I’d sit on his shoulders, we’d walk to the village square and asked me to describe what I saw,” his dad all the while keeping his eyes closed.

In order to escape the wars taking place in his country, Beah entered the U.S. upon adoption from a family in New York. However, when trying to apply to schools, he could not submit a report card that the schools required; in response, Beah wrote an essay titled “Why I Do Not Have a Report Card,” which not only ended up letting him in but also earned him scholarships. “I’m ashamed to look at it now,” Beah admitted, but it was from experiences like that that Beah learned of the power of words.

In the author’s note for Beah’s “Radiance of Tomorrow,” he mentions his village’s tradition of storytelling, and how he aims to “bring a lot of that oral tradition to my writing … to let it seep into the words.” Beah said that in Sierra Leone, there were 15 different spoken languages, seven of which he spoke, as well as three dialects.

The note reads that his mother tongue, Mende, has complex English equivalents; “night came suddenly” instead translates from Mende as “the sky rolled over and changed its sides,” something Beah said “seems labored, but is actually done deliberately.” Beah acknowledges the difficulties, but focuses on something more when writing: “Sometimes I can’t find the right words, but I try to keep the feelings more than anything else.”

Beah also includes his own experiences of war in his writing; for a short story competition, he wrote on what war did to a capital city. Jet fighters would bombard the area for rebel groups, and it was then that people would come out to cook their food because it was the only time the rebels wouldn’t be out to steal it. The story focused on two fictional characters in the situation, and Beah later noted the importance of moderating how you present war: “The role of a writer is not to represent those who make history, but rather those who suffer history,” he proclaimed.

The event concluded at 7:30 p.m., where people then purchased books by Beah to have it autographed and took pictures with the writer. Beah was also the first receiver of the D. Charles Whitney Award that night.