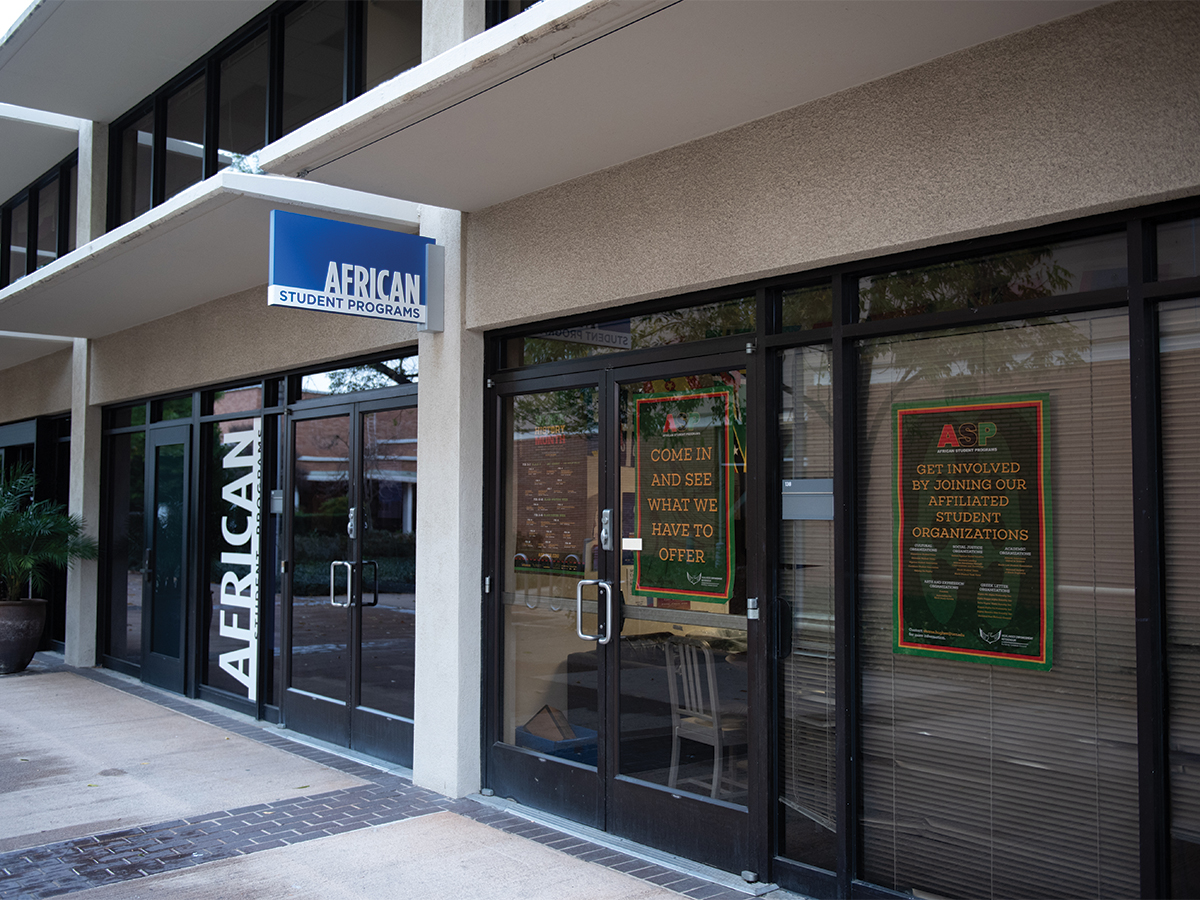 ‘It takes a village to raise a scholar;’ a talk with ASP’s black scholars and director on giving back to the community

African Student Programs (ASP) was created in 1972 as a result of black scholars advocating “to sustain a socially just and inclusive campus community,” says their mission statement, “at a time where students of African descent experienced a lack of support due to low numbers in population.” As Black History Month comes to a close, so too do the events that ASP has hosted in honor of the month’s celebration. However, it’s important to remember that black history, and ASP’s history, goes beyond a length of 29 days.

ASP’s Interim Director Jamal Myrick, a graduate of Florida State University, invited three black scholars to talk about their time at ASP and why they got involved with the center. Rhiannon Little-Surowski graduated from UCR as a political science major in 2004. Two years later, Little began giving back to ASP; for more than nine years Little was ASP’s student affairs officer, managing and advising on events and leadership throughout 15 black student organizations.

Even now, Little is an event coordinator for ASP and helped plan out many of their events for Black History Month. “This is kind of my way to give back to the students and the department that were really essential during my undergraduate journey,” she said. “I also lived in the Pan-African Theme Hall … and I’m still really great friends with a lot of the folks that I lived with.”

Currently in Pentland Hills, the hall is a dorm that was created in 1994 “at a time when black students didn’t really feel welcome on campus; it was a space for students to live amongst folks that looked like themselves,” Little explained. She mentioned that similar dorms exist for other ethnicities, such as MUNDO for Chicano students and Stonewall for LGBT students. “I think we were one of, if not the first, trailblazer,” Little noted.

Little looks to keep honoring the efforts her predecessors made to make the campus accessible and advisable to black students, and she’s glad that what they have done has borne fruit; “in 2017 our black graduation rates were reported higher than white students here on campus … it was by like 1.7 percent but we’re going to take it,” she concluded. “I think that it kind of affirmed the work that we do here to contribute to student success.”

Another black scholar, Selom Gbewonyo, a second-year biology major and front desk student assistant for ASP, went further into ASP’s history. “We were founded in 1972 and we were — we are — the first cultural resource center on campus, and we are one of the only UCs to have a professionally staffed resource center,” Gbewonyo said.

Gbewonyo came to UCR excited and ready to get involved with ASP. “I remember the first day I walked in … I shook hands with one of our program advisors and I said ‘Hi, my name is Selom and I’m going to change the world,’” she reminisced with a laugh.

And change the world she’s started to do, with the help of ASP, by planning programs and events of her own. Her first one, as she remembered, was on Feb. 22, 2019, when she held a discussion on media representation through the cartoon “The Boondocks,” based on a like-named comic strip. As the IMDb synopsis states, the premise is that “Huey and Riley move away from the city and out to the suburbs with their irascible grandfather. Biting socio-political commentary ensues.”

While the show came out in 2005, Gbewonyo is surprised by its staying power, as evinced by her good turnout. “And it was at that moment,” she recalled, “I just felt like this beaming sense of pride and as well as gratefulness, because if it wasn’t for the center, I don’t think I would have gotten my footing to be able to speak (like I did at the event),” she said in thanks to ASP.

Other students are happy simply being a part of ASP’s family; frequent visitor of the center Josiah Davis, a fourth-year sustainability major, has been a part of ASP since his first year, and back then was at the center every day. “It was like a second dorm, really, because you see people sleeping here and studying here and as the school’s grown, and as the directors changed over the years, I think it’s just gotten better,” he said.

Alongside the community ASP has given to Davis, they have also given him an irreplaceable support system. “It’s been a counseling center as well. When my friend passed away … they held a group counseling in ASP because he was a member, he was a frequent visitor like me,” he remembered. “ASP took charge in taking care of the community. And I wouldn’t have had the opportunity to talk to her (Dr. Bell from CAPS) unless ASP brought her to this space.”

As the black scholars left the room, Myrick came in to finish up the conversation on ASP. He’s had experience working with black scholars in Residential Life, and hopes to “serve as a mentor to young black men in the field of higher education.” When Myrick became director he aimed to attack an issue of ASP being “unwelcoming.”

By this Myrick meant that “you would come in here and you feel like nobody’s talking to you, or engaging with you. I think we’ve done a really good job of connecting and engaging with our black scholars.” One way this issue was addressed was by contacting incoming black students to proactively address their concerns, “giving that opportunity to connect with scholars before they actually set foot on this campus,” Myrick said, as well as by sharing the resources that the campus could offer them.

Myrick has three goals while he’s interim director: “First and foremost is making sure that ASP is a more welcoming and inclusive, space for everybody … making sure that we are creating a really good narrative and highlight the network of our staff and our students and our scholars … and making sure that we have increased visibility, both with our campus partners as well as our external constituents in the Riverside area.”

Myrick knows that ASP does irreplaceable work for UCR. “African Student Programs has done a lot since 1972 and will continue to do so as long as we have the support of both the community, internally and externally. I just hope that we continue to recognize the great black history that takes place every single day and not just during Black History Month.”