“The Devil Inside,” directed by William Brent Bill, was simply shocking. What was shocking is how the played out fake documentary-style filming and atrocious acting never ceases to captivate audiences. It is clear that this low-budget movie had one purpose: to con high school adolescents out of their movie money. Unfortunately this objective had been met with 34.5 million dollars made within the first three days of the film’s release. With millions of dollars on the market, who wouldn’t want to make a mediocre low-budget blockbuster horror film?

The movie opens with a sort of disclaimer, explaining, “the Vatican did not endorse this film nor aid in its completion.” This was unfortunately the most intriguing portion of the film. Isabelle Rossi, (Fernanda Andrade), is the daughter of a possessed woman hospitalized by the church claiming that her mother, Maria Rossi, (Suzan Crowley), is in fact mentally ill. Isabelle, curious about her mother’s condition, ventures to Vatican City in Rome to attend classes at the prestigious Exorcism Academy. There she meets two priests, Ben and David, (Simon Quarterman and Evan Helmuth), whose passion for exorcism leads them to “save” those who the Vatican believes are mentally ill rather than possessed. After assisting the two priests in one exorcism, Isabelle then suggests Ben and David take the case of her mother. Unfortunately, Isabelle’s mother was clearly worse off than they anticipated.

There was one impressive star in this film: Pixie Le Knot. Ever wonder how these exorcism movies make their “possessed” actors move into such back breaking positions? Contortionists like Pixie Le Knot are responsible for the spasm-like body poses. Although her name is towards the bottom of the credits, she was certainly the star of the show.

Going into the film, my expectations may have been too high. Having a soft spot for exorcism horror films, I imagined that this one should be at least entertaining. Unfortunately, it was a large disappointment and incredibly formulaic. Hopefully going forward, Hollywood can be a little more innovative with their next batch of exorcism horror films. 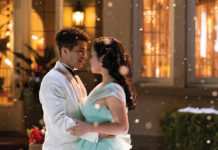 ‘P.S. I Still Love You’ adds a love triangle to the fairytale ending 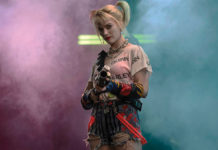