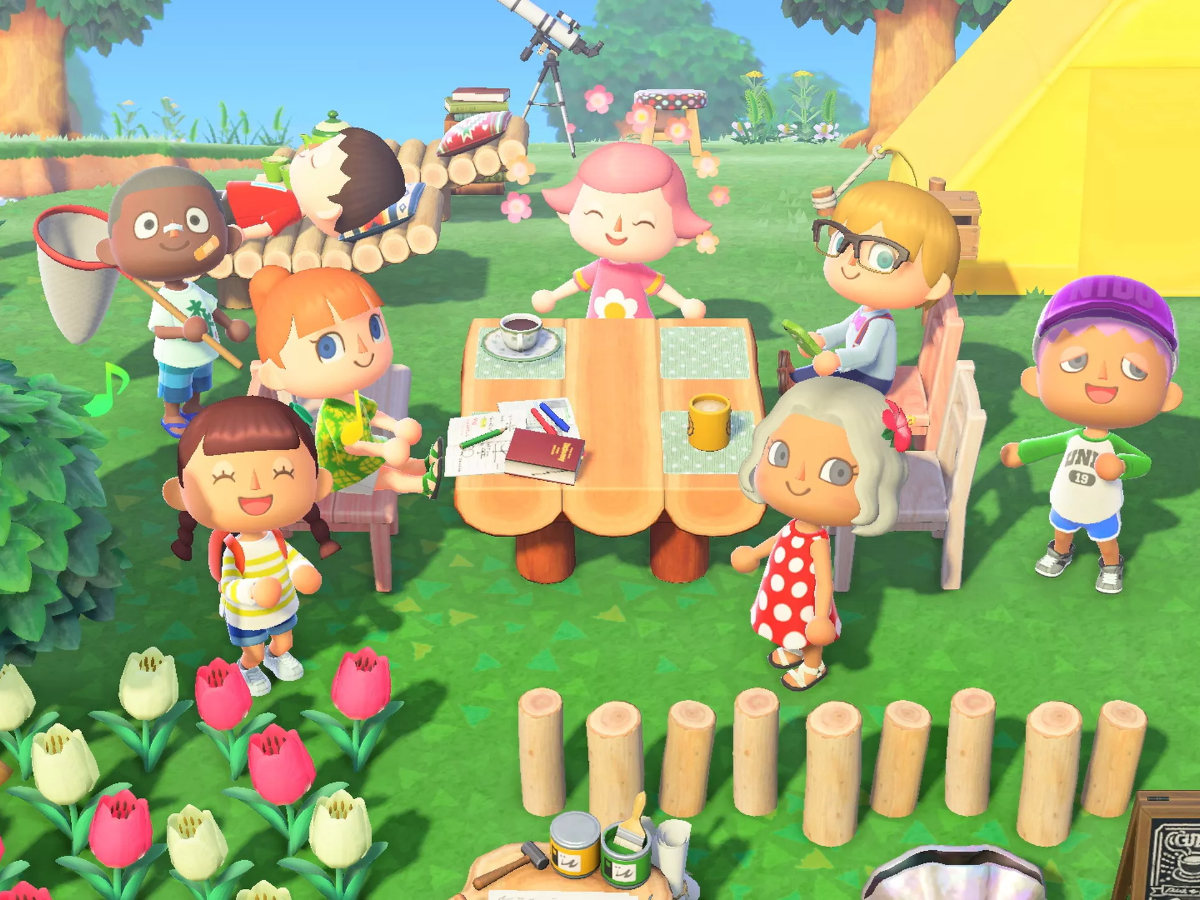 Shortly after you first boot up the game, your character is spirited away to a beautiful, cell-shaded, deserted island. There you meet series regular Tom Nook, a portly raccoon dog who provides you with a home, a few basic essentials for surviving and thriving on the island and a mission: develop the land into the tropical paradise it is destined to be.

He then gives you a bill for the home and the aforementioned basic essentials he provided. You have received your secondary objective: pay off the massive debt Tom Nook just saddled you with.

After the tutorial wraps up, “Animal Crossing: New Horizons” carries on much like real life: you hang out with friends, maybe do a little gardening and you work to pay off that debt. Of course, in Animal Crossing, your friends are all adorable, snarky animals, “gardening” regularly involves you uprooting entire trees and replanting them wherever you see fit and your home mortgage doesn’t ever accrue late fees or interest — unlike most landlords, you won’t find Tom Nook breathing down your neck at the end of every month.

And even if the raccoon dog was the type to start breaking kneecaps to get his money, paying your debt requires little effort. You don’t need to wake up, throw on your work uniform and bag groceries for eight hours if you want to survive. No, if you just take a second to pick some fruit and catch a few bugs later in the evening you’ll very quickly find yourself rolling in cash. “Animal Crossing: New Horizon” manages to take the everyday trouble of mundane existence and distills it, leaving you only the syrupy sweet bits and offering you a chance to forget the crushing burdens of real life. It’s really cute.

“Animal Crossing: New Horizons” also introduces a host of new features that fit well within the life simulator formula. On your first day on the island, Tom Nook shows you how to gather resources and then craft those resources into tools and furniture. Earlier games in the series used to slow down considerably in the late hours of the night because the shops and other useful buildings close around 8:00 p.m. With a new emphasis on resource gathering, however, players have a reason to continue playing long after the sun goes down if they so desire.

The second most important addition to the series, a new form of currency called Nook Miles, pairs perfectly with the crafting system. Nook rewards you with Nook Miles for completing almost any task on your island, from selling seashells to planting flowers, but he also rewards you for collecting resources. Those Nook Miles can then be spent on clothing, furniture and new crafting recipes, perpetuating the cycle.

It is also worth mentioning that the island is brimming with life, more so than the towns of any of the past games. Bushy treetops billow gently as the island breeze rolls in from the west. Tiny manilla clams wriggle out from under the sandy shores of the beaches and spray water at unsuspecting islanders. Animal neighbors no longer wander town aimlessly, but instead sweep floors, water flowers and occasionally plop themselves down under the shade of a cedar pine to read a book. To newcomers, these features may seem inconsequential, but Animal Crossing is a series grounded in a simple philosophy that happiness comes when one takes a moment to appreciate the little things.

The game gives players ample time to appreciate those little things, especially when first starting. The islands one can choose to live on are randomly generated, but they all feature multiple rivers and hills of varying degrees of altitude, splitting the landmass into separate sections. Because the island was hitherto deserted, there are no bridges or ladders allowing for the immediate exploration of these areas, so the player is sequestered to a quarter of the total island until they gain the means to explore further, which can take days.

Unfortunately for players lacking patience, “Animal Crossing: New Horizons” operates on a real-time schedule, meaning they’ll have to wait literal days to access the tools needed to explore. 12:00 p.m. in real life is 12:00 p.m. in Animal Crossing. Similarly, shops and other buildings all take literal days to complete construction, meaning most players won’t have access to the bulk of the game’s content until two real-world weeks have passed. Whether one views this as a charming mechanism for pacing the player or a needless contrivance that slows the game down to a crawl will vary depending on the person.

Of course, any frustration the player experiences waiting will be forgotten once they finally unlock whatever it was they were waiting for. I’m only a little ashamed to admit that, when I woke up this morning, I didn’t immediately jump out of bed to brush my teeth or say good morning to my roommates; instead, I grabbed my Nintendo Switch and loaded my Animal Crossing save because I knew a new shop was opening on my island today and I was eager to find out what they had for sale. The longer the wait, the sweeter the wine, and it all feels incredibly worth the wait when your island finally blossoms into what you envisioned it to be.

Verdict: “Animal Crossing: New Horizons” is the perfect game to quarantine with. Its relaxed pacing, excessively adorable aesthetic and thoroughly enjoyable resource gathering system make it impossible to put down, giving players a reason to turn their Nintendo Switch on every day. This game will keep players busy for many months to come.