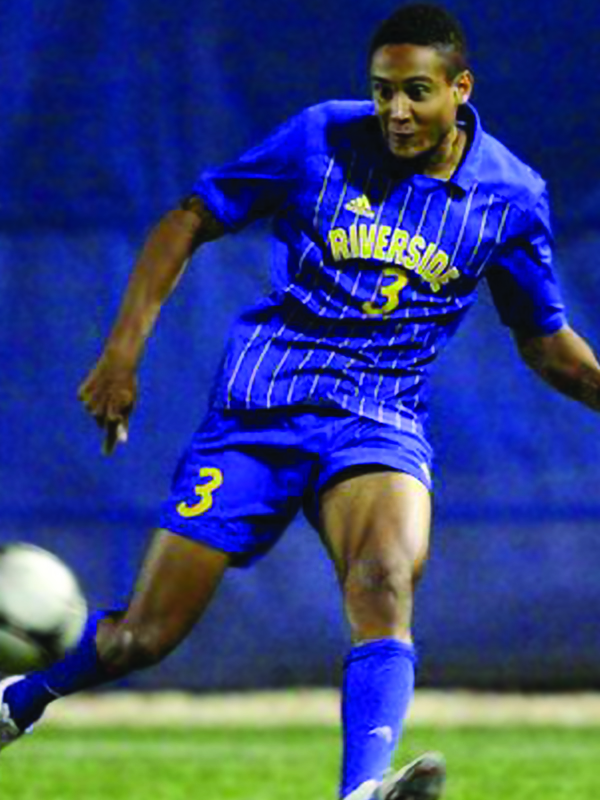 “Hungry” is the word sophomore forward Otis Earle used to describe the UC Riverside men’s soccer team moving forward. After a heartbreaking 1-2 loss against Cal State Fullerton in the season finale, the Highlanders finished with a 10-8-0 record and without a postseason berth. The record, though a mark of improvement over previous years, was seen as a disappointment to the UC Riverside squad. They won all of their non-conference games (7-0) and was ranked 19 nationally before plummeting to a 3-8-0 Big West record.

A London, England native, Earle was born with the passion for the game of soccer, crediting his father, a professional player, as his inspiration and drive to follow in his footsteps. One would not be mistaken to view Earle’s mission as a success, as his impressive résumé includes playing at Epsom College before travelling across the pond for his current stint as a UC Riverside Highlander.

Making the transition from playing in England to the United States did not put up as much of a challenge to Otis Earle as an opposing defenseman standing between him and the goal would. “I came here a lot on vacation. Playing here was a bit of a challenge at first, especially playing in the heat, but I got used to it quick[ly],” said Earle. After graduating from UC Riverside, Earle hopes to fulfill the childhood dream of millions of people around the world by playing as a professional, but he is set to enter the sports marketing field with his economics and administrative studies major if his pro career doesn’t pan out.

In 2011, his freshman year at UC Riverside, Earle saw limited action in six games with one start, scoring his only point on an assist to Joseph O’Connor against the Jacksonville Dolphins. However, Earle’s extended time spent on the bench would pave the way for his solid sophomore campaign in which he scored 10 points on two goals and six assists. Earle would also see action in all 18 games of the 2012 season, receiving a starting nod in 10 of them.

Reflecting on the 2012 season, Earle holds fellow Highlander Aaron Long, the team’s leading scorer, in high regard, crediting Long for playing a large part in his development as a player. “Me and [Long] started a great relationship ever since I’ve been here, he’s kind of mentored me as I’ve come through and helped me develop as a player. Overall, all the guys above me have really helped me by telling me what I need to improve on to become a better player,” he said. Earle also reminisces on a number of his most memorable moments this season, citing his game-winning goal against Cal Poly and the 4-1 home win against UC Irvine as “huge wins that kept [the team] on track for the postseason.”

As Otis Earle prepares for his third year as a Highlander, he hopes to see fan attendance rise. “Come out to our games, we’ll definitely give you your money’s worth, we’re a good team with a bright future and a promising program.”