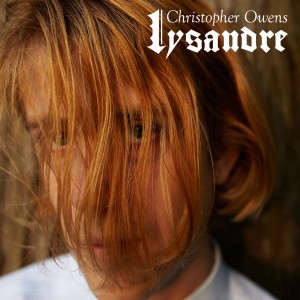 The troubadour was a figure of lyrical poetry that became very popular during the Middle Ages. Christopher Owens seems to embody this role in the 21st century. After the breakup of his debut band Girls just six short months ago, Owens takes listeners through the journey of his promising musical career with his first solo album “Lysandre,” titled after an anonymous muse.

“Lysandre’s Theme” sets a mellow tone for the album, and the 30 second-long acoustic chord progression is a prevalent theme throughout the 10 following tracks. Like the composition of a true poet, the album acts as one cohesive and metamorphic song that depicts Owens’ inner state since the dawn of his career with Girls. “Here We Go” is a prosaic ballad that brings attention to the flurry of excitement that came with the sudden flood of success during his first tour. In contrast, the lyrics of “Love Is In the Ear of the Listener” (“Or maybe I should sing about / how I’m not gonna control what comes out of my mouth”) really exhibit the naïveté and suppressive environment that eventually led to the disbanding of Girls. Once the listener reaches “Everywhere You Knew,” Owens returns to the present as he recounts the climactic yet short-lived love story that quickly escalates before plummeting into a broken heart over the inevitable breakup.

Owens returns to the iambic, storytelling stanzas that incessantly blend together in a run-on sentence of a song. Despite the seemingly lackluster product, there is an intimate, minstrel-like style, overlaid with a conjunction of surprising saxophone strains and electric piano, that makes “Lysandre” quite likeable overall. He breaks up tales of stage fright and newfound love with a jazzy interlude or upbeat dance number, here and there, which balances the monotonous epiphanic verses. On that note, Owens focuses his inauguration as a solo artist to playfully translate the experiences in his mind through music. However, that being said, I found his vocals to be flat and subpar.

Christopher Owens declares that his solo debut album “Lysandre” is “a moment in time that has been captured and brought to life through art.” It is a mere snippet of his developing story, told in a beautiful closure piece in order to move onto the next chapter. There is a sense of growth and maturity throughout the arrangement that is significant enough to attract the newly born hipster generation, which can only attract a bigger audience. Devoted fans of Girls will be pleased to hear from Owens again, especially since this album promises more stories to be heard in the future. 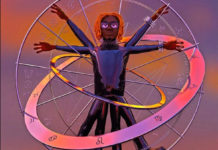