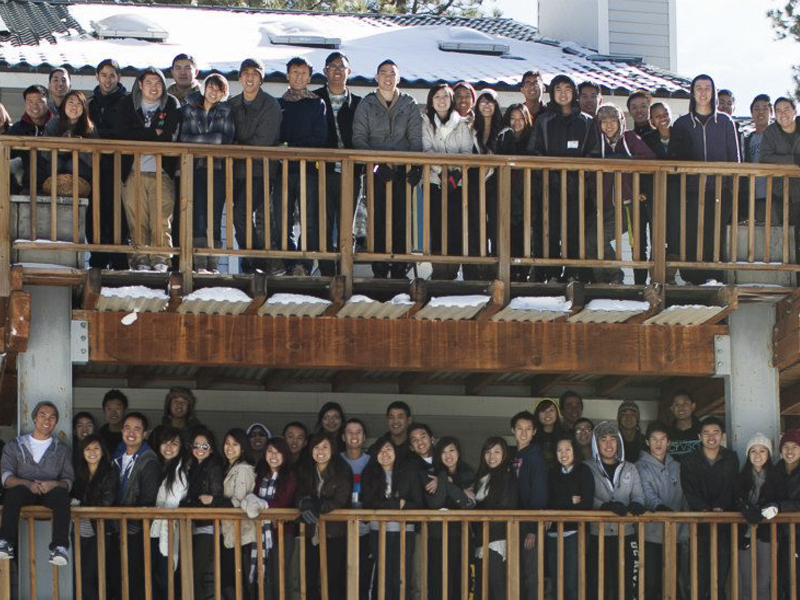 A sports team, club, fraternity or sorority, whatever it may be—they are all in existence because of members who share a common goal or interest and fight for it to stay alive. One club that has been in existence here at UCR for 31 years is the Vietnamese Student Association.  VSA, as it is abbreviated, strives to provide a cultural experience for its members. Students choose to identify with a group that they may relate to culturally, and, being one of the most diverse campuses across the nation, UCR has a variety of clubs that are culturally associated.  But Vietnamese Student Association also seems to aim to be more than just that.

According to current President Chris Le, it is also about family, networking and making sure there is something for everyone’s tastes. Something that he believes differentiates UCR’s VSA from other UC campuses is that they’re innovative: “We’ve increased our output by 200%… for example, we used to meet every other week, and now we meet every week.” There really is something for everyone to participate in, in terms of sub-divisions narrowing down to specific interests of the members. Among the activities that members can join are an intramural sports team, community service, modern dance team and internships. An annual culture night is also presented each year which could only happen with the dedicated members’ time and effort.

Le, who is a senior biochemistry major, joined because he wanted to get involved, but was also influenced by his father who was the president of Cal Poly Pomona’s VSA. Family is his favorite part of being in the organization. “I’ve found family from it, I’ve gotten close friends I consider family.” Culture and family seem to go hand in hand, which is what has made this one of the longest lasting organizations at UCR.

Davina Chau, a third-year psychology major, shares the same opinion: “It gave me a family away from home.” Continuing the legacy, Chau was also involved in her high school’s version of VSA and recently, she represented UC Riverside alongside another member, Angeline Tran, in a Rose Pageant hosted by UC Irvine’s VSA. The pageant included plenty of cultural identifying such as wearing the traditional dress and having to answer questions related to culture in Vietnamese.  “It gave me insight into other people’s perspective on culture and how everyone else’s VSA works.”  Chau placed in the top 5 out of 18 girls, which is not a first for UCR, but it is the first time both contestants that represented UCR have placed.

As to why the organization has managed to represent for 31 years and currently keep over 130 active paying members, she believes it is because everyone is so welcoming and friendly. Not everybody in the organization is Vietnamese, so it must be the open and welcoming environment that keeps members coming back. Le believes it is also the time and effort all the members put into the club. “We owe it to the club to give back,” he states. “We always take care of our members; we never pocket the money.” In addition to taking care of each other, VSA aims to provide for their community through a series of fundraisers throughout the year. Just on Thursday night of last week, VSA hosted their “Pho night” where members prepared and cooked traditional Vietnamese noodle dishes and sold them to the public. “Viet Idol” is another annual event that was hosted in HUB 302 during Fall Quarter. In addition, proceeds from the food that members sell at Block Party all go into the same account; one that VSA chooses a charity or organization to donate to at the end of the year.

The club has given its members a place they can turn to, which is sometimes hard to find in college. Le’s goal this year is to make sure the other members feel integrated.  He wants to take a different approach and have his staff tell him what to do instead of him telling them what to do. As a leader, he is allowing members the space to come up to him with their ideas on what to do in the organization which should make for a unique experience. “Be our VSA, not a part of VSA,” is Le’s general goal. The student organization recently returned from a trip to Big Bear on the weekend of Jan. 11. Le mentioned that the organization charged its members barely enough to cover the fees for Big Bear, emphasizing that “we don’t fundraise through our members. We just want to take care of them.”

The Vietnamese Student Association itself is a part of something bigger, with a Southern California branch including other colleges and high schools. Each group strives to help out other groups by attending their events which help raise profit for a different organization each year.  The value of family is interwoven in this organization and is what has made it so strong and united all these years.