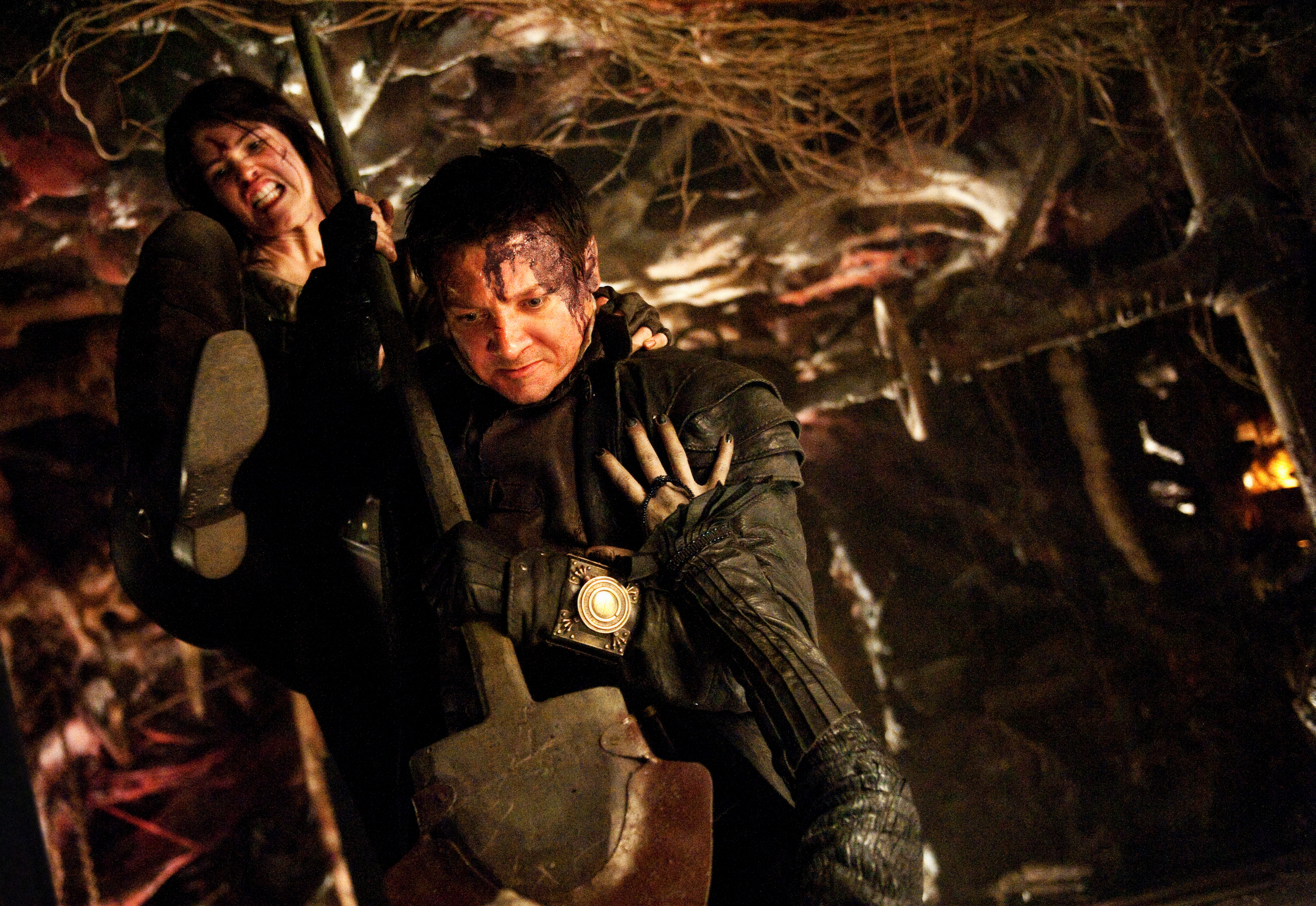 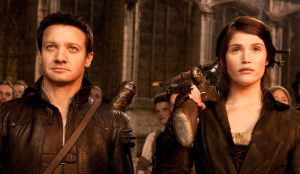 At a glance, “Hansel and Gretel: Witch Hunters” seems like a fairytale mash-up of “Van Helsing” (2004), “The Brothers Grimm” (2005) and the “Underworld” film series. It comes from the same mythic potpourri of campy flourishes, stylized violence and a wistfully over-earnest stab at being dark and edgy, but it lacks one important ingredient that proved to be the saving grace for its predecessors: likeability. As a fan of the indie horror-comedy “Dead Snow,” I expected more creativity from Norwegian director/screenwriter Tommy Wirkola, especially with producers Will Ferrell and Adam McKay backing the film. I suppose that’ll learn me for having expectations of a movie I’m paying to see.

Our fairytale begins with young Hansel (Cedric Eich) and Gretel (Alea Sophia Boudodimos), who are whisked away into the forest one night and abandoned on the order of their own mother Adrianna (Kathrin Kühnel). The children stumble upon a rather unappetizingly-built cottage bedecked in rainbow-hued candy, its rooftop dripping with a gooey, white substance that looks a lot like not-icing. After being imprisoned by the homeowner, a witch who channels the best of Lemongrab as she prepares for a gourmet dinner of Hansel à la diabetes, they manage to best their captor by burning her alive in the oven.

A fiery opening title sequence features medieval illustrations of the occult, as well as anachronistic newspaper headlines detailing the siblings’ grisly progress over the years. Next, the writers want us to know that many years later Hansel (Jeremy Renner) and Gretel (Gemma Arterton) have grown up to become sexy, cutthroat witch hunters with a far-flung reputation. They accomplish this by having background characters drop expository lines at every opportunity. Thank you, kind writers, but unlike the peasants of the Middle Ages, we can read.

I’d initially hoped that “Hansel and Gretel” would be one of those movies I end up loving despite itself, but I quickly realized that this was a futile endeavor, mainly due to the fact that the two central protagonists are incapable of love, hate or any human emotion for that matter. Nevertheless it was still a concept I could get on board with; after all, sociopaths are a part of our world and, although they may not be the nicest of individuals (read: they are jerks), they are also real people with stories of their own.

Hansel and Gretel enjoy the hunt and the carnage that ensues, that much is clear. In one scene with Ben (Thomas Mann), a local fanboy, Gretel claims, “This isn’t the life we chose.” I call poppycock and balderdash. If this was a simple mission of vanquishing evil, they possess the skills and firepower to do so with a brisk execution. But once a witch has been rendered nearly helpless they choose to brutalize the creature with smug cruelty. Remember the scene in Disney’s “The Little Mermaid,” where Ariel sits on a rock and looks on as Prince Eric steers the broken mast of his ship into Ursula’s gut? Now reimagine the same scene with gleeful grins on the lovebirds’ faces. That is the movie in a nutshell. 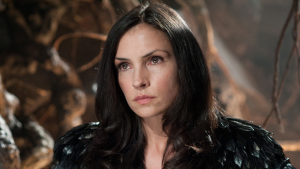 The parallels between “Hansel and Gretel” and the animated classic are striking. Both Muriel (Famke Janssen) and Ursula the sea witch are harnessed to antagonistic goals for the sake of presenting a simple, straightforward evil for the heroes to defeat. Both women are the most self-assured, confident female characters in their respective films, but instead of acknowledging their strength as a positive quality, the writers use the trait as yet another example of their immorality. In contrast, the “strong female characters” are often incapacitated or restrained during crucial moments in the plot, just in time for a “real hero” to step in and lend a helping hand; in some instances, this hero is a troll named—you’ll never guess—Edward (Derek Mears, Robin Atkin Downes).

Wirkola’s halfhearted attempts at character development are nearly eclipsed by his idea of witty dialogue (e.g. “You’ve got to be fucking kidding me”). Sometimes it even appears as though he’s gotten his monster genres mixed up; at one point, a particularly rabid witch screeches, “I want your brains,” at a frightened child. But most of the time I was just uncomfortable with the palpable sexual tension between brother and sister. It was like watching the 2009 Folgers holiday commercial (you know the one), except with leather outfits and bloodied faces. Even the introduction of a love interest for Hansel (their first meeting involves him groping her face for signs of witchcraft) and a decidedly less appealing admirer for Gretel (he gets to go horseback riding with her brother instead), does little to tone down the siblings’ meaningful stares and affectionate roughhousing.

“Hansel and Gretel: Witch Hunters” puts all its cards on the table in the first act, which makes its plot twist not only a misguided skewing of the socio-familial themes that lent the original fairytale its horror, but also a very predictable move on Wirkola’s part. On the other hand, we learn that you can tell witches from humans by the rotting of their teeth and flesh, and that they congregate for the Blood Moon. So I guess you could say that underneath the Tarantino-inspired fairytale lies an enchanting tale of the brave, all-female members of a Nicotine Anonymous group and their synched-up menstruation cycle. I’m sure that’s what Wirkola wants us to glean from this story, because the alternative is a love story about a quasi-incestuous, sadomasochistic Bonnie and Clyde with a fondness for Tasers.

So what am I forgetting? The highly-choreographed action? The copious buckets of snazzy gore? Oh yes, there was plenty of both and it was fun to watch right up until I noticed the bleak dialogue, which then drew my attention to the empty characterization and chauvinistic undertones that pop up early on in the story. Looks like it’s Gratuitous Violence Against Women Week at the box office, and that’s just not my cup of tea.