Highlander
Home Radar Music Reviews Thundercat’s ‘It Is What It Is’ reminds his fans of the power... 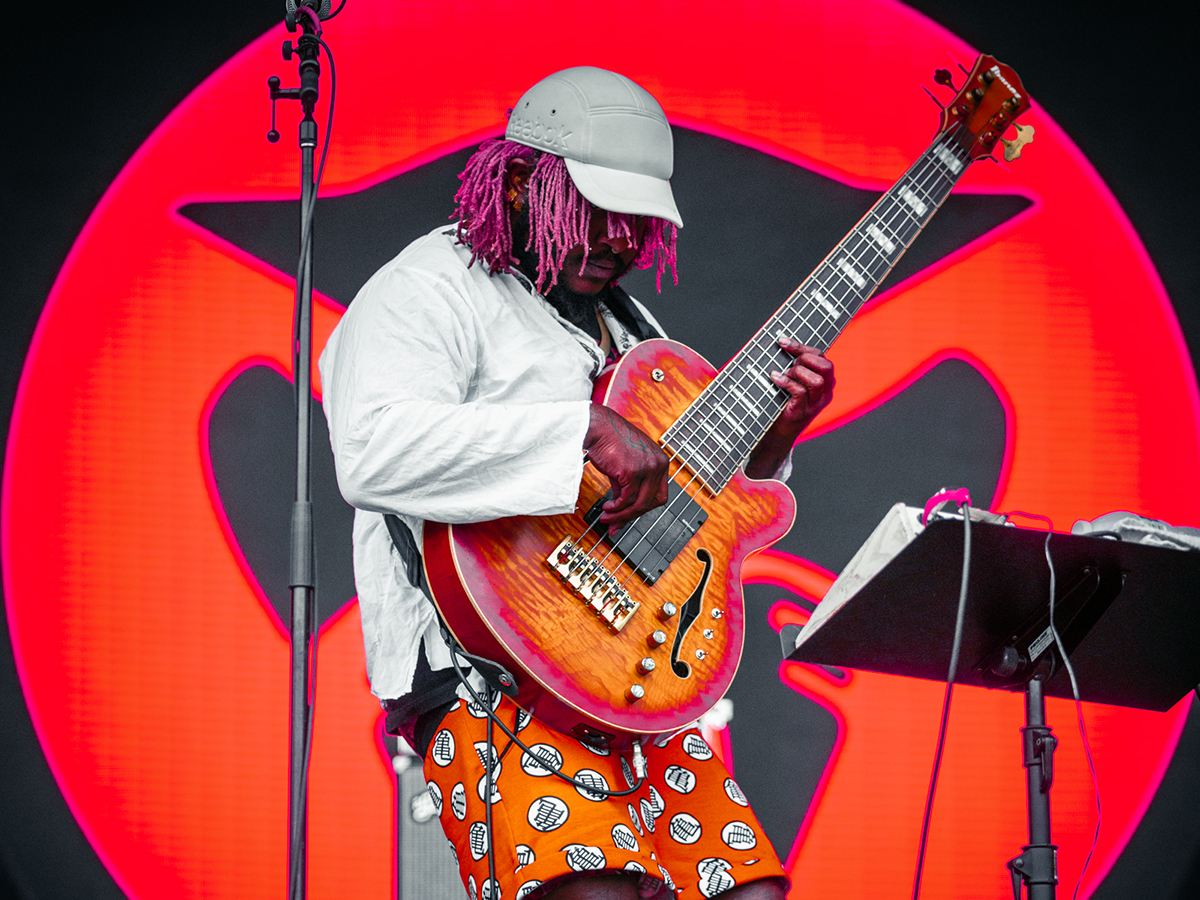 Singer, songwriter and bass virtuoso Thundercat has returned with his fourth studio album “It Is What It Is,” three years after his widely acclaimed project “Drunk.” I came into this LP with high hopes as I was still riding the high of seeing Thundercat live a few months back along with the teaser tracks he dropped prior to the project’s release. The aesthetics of this record isn’t drastically different from the usual blend of sounds and influences that go into a Thundercat album. It is a spacey, psychedelic fusion of jazz and funk along with some really good bass lines. While listening, I found myself enjoying the instrumentation as well as the vocal performances from the featured guests. However, I found there was still much to be desired from each track. Whether it was a mixing issue with the instrumentation and vocals or a ridiculous amount of reverb over Thundercat’s voice to carry out his falsetto notes to compensate for the muddy production each track’s full potential was hindered.

The chord progression throughout the project was very enjoyable, especially on tracks such as “Innerstellar Love” where Thundercat masterfully plays the bass against a soulful saxophone and a jazzy drum set creating a spacey intergalactic scene for each song. Unfortunately the way the instrumentation is balanced on some of the songs leads them to sound needlessly tangled or noisy. Thundercat takes us on a jazz infused journey through the cosmos, painting a picture of two individuals “decaying” but striving to take advantage of every fleeting moment together. In all respects, I found Thundercat’s bass playing as well as overall instrumentation on each track to be quite ambitious; his bass playing on this album reminds listeners why Thundercat is held in such high regard. The eccentric features on the album were another highlight and while I don’t like too many guest appearances on an album, Thundercat utilized each feature to the best of their abilities.

Track four “Black Qualls,” is one of my personal favorites, and one of Thundercat’s best bass performances that features a slapping expressive bass along with immaculate chord progression that creates an epicenter of soul and funk throughout the song. The subject matter of the “qualls” being black, reaching some level of success and the pitfalls throughout the journey; Thundercat sings about “moving out the hood” and no longer “living in fear” I found to be very authentic and relatable. The guest vocal performances from Steve Lacy, Steve Arrington and Childish Gambino improve as the album progresses.

“Dragonball Durag,” the single released prior to the project’s release is a song about the most unsexy thing one can imagine with mentions of video games, comics and having cat hair all over. While the subject matter is bragadocious and quirky, the instrumentation is second to none. Thundercat’s bass pairs well with the electric keyboard and synths to create an ambiance of someone who is extremely awkward getting the attention of a beautiful lady in the most unconventional way possible.

Even though this song leaves me feeling indifferent, I found the track “Fair Chance” good but it definitely could have been better considering how awkward Lil B’s feature was. Aside from that, Thundercat’s bass playing, compositional edge as well as vocals alongside Ty Dolla $ign’s appearance worked great with each other. I didn’t really enjoy Lil B’s choice to sing on this track in such an out there way that really diminished the quality of the song. However, I thoroughly enjoyed the song’s sentiment toward the late great Mac Miller, singing about his untimely demise and how he will hold down Miller’s legacy and stay strong until they meet again.

Despite my complaints about the LP, I still found it to be a very likeable album. Though it may not be as dull as “Drunk,” it still suffers from a lot of the same issues his previous projects have. I imagine that at this point he’s released so much material he’s making his music sound the way he wants it to sound. Although I appreciate his ambition instrumentally as well as the vocal guests, I felt the recordings could have been better, clearer, punchier and more textually rich. If you can appreciate great instrumentation along with good vocal performances then this may be an album worth listening to, but if you’re searching for something with a little more substance, this may not be for you.

Verdict: Aside from the muddy production and poor sound quality, I found a great deal of highlights within this record. From the instrumentation to the vocal guests, I found “It Is What It Is” to be an enjoyable project that uses a heavy fusion of psychedelic funk and jazz to express the feelings of everyday living which is exactly what the world needs right now.