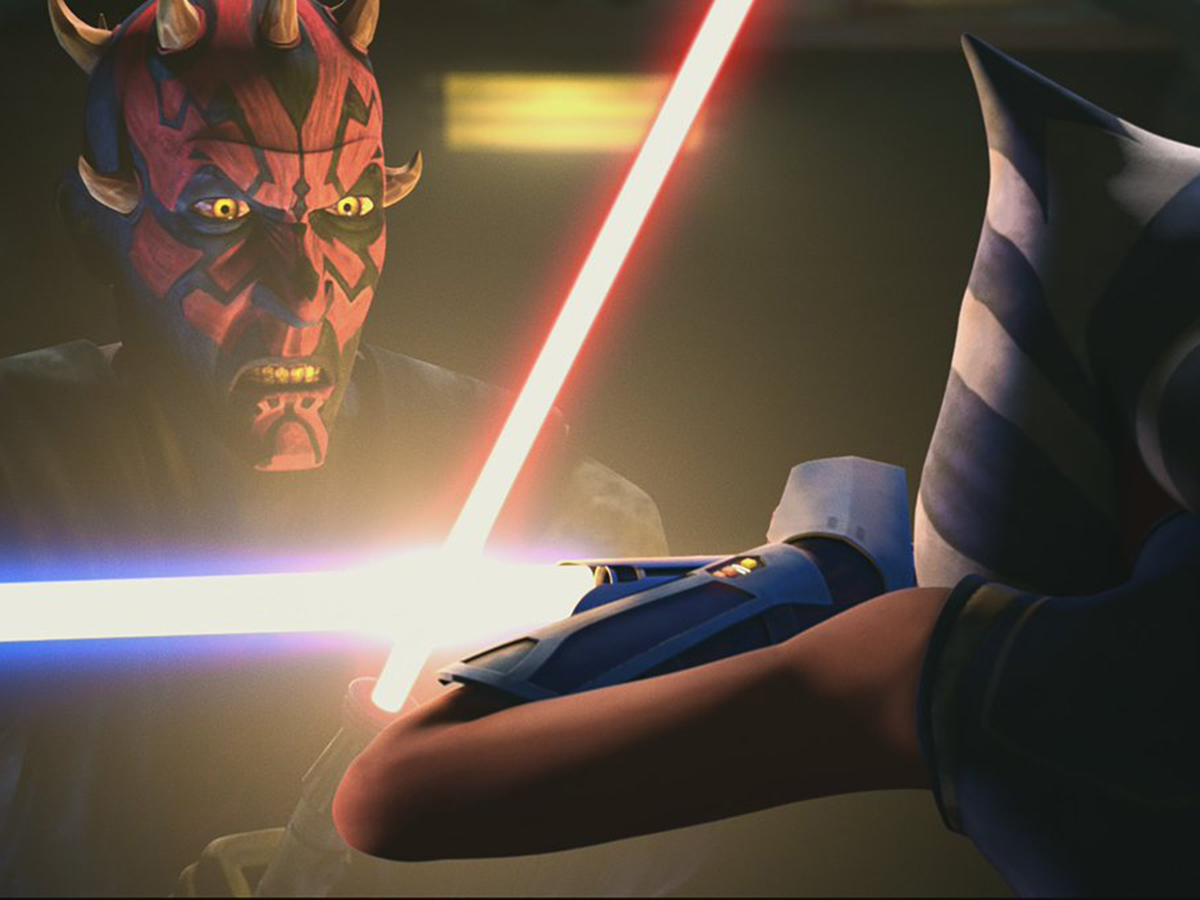 “Star Wars: The Clone Wars” has long been a favorite among fans of the franchise, and for good reason. The show captured audiences when it debuted on Cartoon Network in 2008 with its epic battles, surprisingly compelling characters and story arcs. However, fans of the series who followed the show for its initial five seasons were denied a proper final season as the show was canceled following Disney’s purchase of Lucasfilm. To satiate the demand for the show’s return, fans were given 13 new episodes on Netflix back in 2014, but still were denied a true final season. However, that all changed at Comic-Con 2018 when fans were shocked as Disney announced the shows seventh and final season culminating in the long awaited “Siege of Mandalore” arc. Now, after the show’s final episode aired on Disney Plus on May the fourth, nearly 12 years after the show’s debut, fans can finally rest easy knowing the show was given its due and delivered on its final season.

The seventh season of the Clone Wars consists of three four-episode arcs: “The Bad Batch,” “Ashoka’s Journey” and “The Siege of Mandalore.” The first arc follows Captain Rex and the genetically engineered Clone Force 99 (otherwise known as the Bad Batch) as they go behind enemy lines in search of an answer to how the Separatists are able to anticipate their every move. Along the way, they discover that their enemy is hiding a sinister secret that ties back to past seasons of the series. “Ashoka’s Journey” focuses on Anakin Skywalker’s apprentice, Ashoka Tano, as she tries to make a life for herself after leaving the Jedi Order. Along the way she meets the Martez sisters and gets caught up in a spice shipment that lands the trio right in the crosshairs of a notorious crime syndicate. Finally, “The Siege of Mandalore” gives fans the long awaited confrontation between Ashoka Tano and Darth Maul that had previously been hinted at in several Star Wars media. In an effort to depose Darth Maul, who leads Mandalore from the shadows, Ashoka and her clone army ally with a dissident faction of Mandalorians led by Lady Bo Katan. As the events of this final arc unfold, the show overlaps with the events of “Star Wars: Episode III — Revenge of the Sith” and the end of the Clone Wars.

With regards to the season as a whole, it is immediately apparent that the showrunners wasted no time or effort to create a visually stunning final season. Remaining in the immediately recognizable animation style of the previous six seasons; the final season manages to improve upon the animation while still remaining consistent with the show’s style. Character models are updated slightly to better resemble their live action counterparts creating a beautiful transition into episode three. Furthermore, the final season just feels more cinematic as every shot is touched up in a way that improves upon the original animation style without ever departing from what we’re accustomed to. Perfectly complimenting the superb animation is the show’s epic and enthralling score. Featuring several recognizable scores from the franchise’s history, the final season of the Clone Wars delivers on epic and emotional moments that are further enhanced by the show’s marvelous musical compliment. Moreover, the series cast of voice actors also return with their expert delivery of the characters we have come to know and love.

With regards to the season’s three arcs, sadly they do not all hit the mark. With that said, the majority of the show delivers on fan’s high expectations but stumbles midway through the season. Beginning with “The Bad Batch” arc, the series yet again delivers on its showcasing of war through the eyes of the clones that fought in it. Placing clones at the forefront, the first arc provides fans with impressive action and meaningful moments with the fan favorite Captain Rex leading the way. Even more welcomed is how this first arc manages to tie into previous arcs in the show’s run with the inclusion of the Separatist Admiral Trench as well as a revelation tying back to Rex’s fallen brothers.

Following the first arc, “Ashoka’s Journey” fails to maintain the season’s momentum as poor pacing and annoying characters derail the season midway through its run. Though the arc does bring fans to interesting worlds and environments, the story that takes us there is drawn out and disappointingly uninteresting. The previously mentioned Martez sisters manage to get on viewers’ nerves as the younger sister Trace never seems to understand how the world works around her. Furthermore, this arc fails to justify its four episode length as the story could’ve easily been told in two; resulting in four episodes that feel unnecessarily taxing as they trudge along.

Luckily, however, the series final arc delivers on every promise as it provides perhaps the best arc in the entire series. “The Siege of Mandalore” is epic, compelling and engaging from start to finish. The heightened attention to detail and improved animation truly shines in this arc’s several battles and locales. Each episode is perfectly paced and transitions perfectly into the next, often feeling more like a feature film than a TV show when watched back to back. Unsurprisingly, the arc’s villain Darth Maul steals every scene he is in and provides fans with one of the best lightsaber duels in the franchise as he faces off against Ashoka. With that said, Maul is by no means the arc’s only star. Redeeming herself after the previous arc, Ashoka provides several epic and emotional moments along with Captain Rex. Most impressively, however, is how seamless and impactfully these four episodes overlap with episode three. Several key moments in the film are directly referenced throughout the arc and even a few key scenes are shown in these episodes but from different angles. This constant referencing of “Revenge of the Sith” perfectly contextualizes the arc’s proceedings and brilliantly builds up to the inevitable Jedi purge with the climactic issuance of Order 66.

After 12 years and seven seasons, “Star Wars: The Clone Wars” has finally come to a well deserved end. The seventh and final season delivers on its promises and despite a brief stumble halfway through, sticks the landing with likely the show’s best arc. Fans of the series can finally breathe a sigh of relief as their beloved series is given a proper send off as it provides them with some of the best Star Wars in recent memory.

Verdict: Season seven of “Star Wars: The Clone Wars” delivers on its promise to close the beloved series on a high note. Despite a disappointing middle arc, the season manages to provide several amazing episodes culminating in one of the show’s best arcs with the long awaited and magnificent “Siege of Mandalore.”