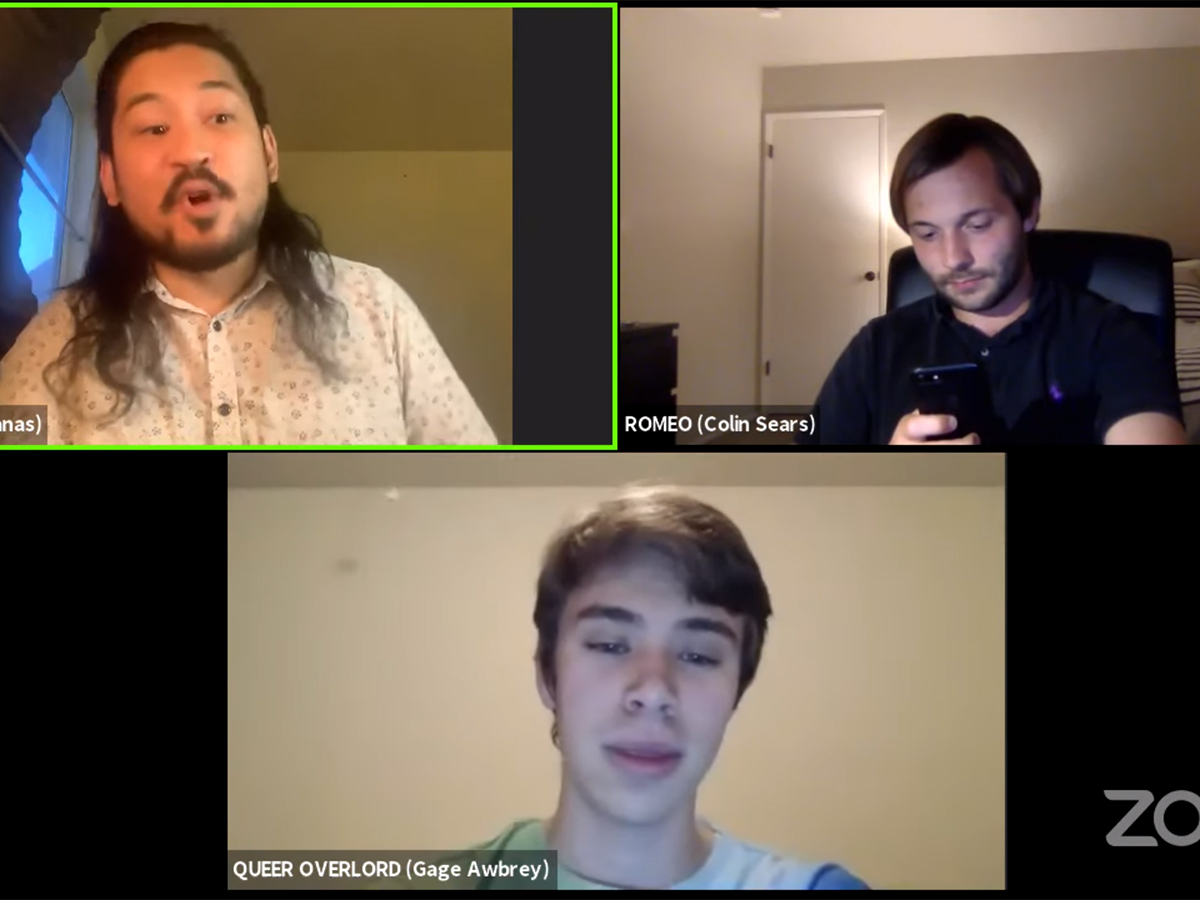 Playworks is an annual event where UCR Undergraduates and MFA playwrights can showcase 10 minute productions based on their original scripts. While the actors were not allowed to perform in a theater due to the campus shutdown, this did not stop Playworks 2020 from carrying on as planned using a digital platform.

UCR’s Department of Theatre, Film, and Digital Production utilized both Zoom and YouTube to livestream the event online for viewers. From Tuesday, May 19 to Wednesday, May 20, students performed various scripts from the comfort of their homes. Though there were a few issues regarding the physical distance between actors and their different internet speeds, each actor delivered memorable performances.

Many of the plays in Playworks 2020 covered serious topics, such as violence, addiction and toxic relationships. My personal favorite plays were “Pass By Catastrophe,” written by Jenna Mendoza, and “If the Slipper Fits,” written by Riley Shasteen. Both of these plays had strong-willed characters that were determined to live their best lives, even if they had to pay a price to get their happy ending. Mendoza’s play followed a student setting fire to a school in an attempt to get a diploma without the stress of studying. Shasteen’s play followed Cinderella and her doppelganger fighting over who deserves to marry the prince.

In some cases, the digital platform even surpassed what could have been done on a stage. Actors were able to take advantage of their cameras. They were unafraid to lean in close or make quick exits off the screen. Unlike in an actual theater, the closeness of the camera made facial expressions easier for audience members to see.

The audience also managed to be more interactive that they would have been able to be if Playworks 2020 had taken place in a theater. I found myself enjoying the comments people left on the live chat. Audience members were constantly able to cheer on their friends and make harmless jokes about the characters or plot lines without distracting from the performances.

Having Playworks 2020 online also gave the playwrights an opportunity to discuss their play with the audience. After five to six plays were performed, each playwright received immediate constructive criticism from professional theatermaker, Aaron Henne. The conversations with Henne were meant to help the writers grow in their work and encourage them to continue writing. It was also a way to give audience members a longer intermission than the five minute break that followed immediately after the interviews.

Overall, Playworks 2020 was a success and managed to be a wonderful way for students to continue sharing their hard work with others.