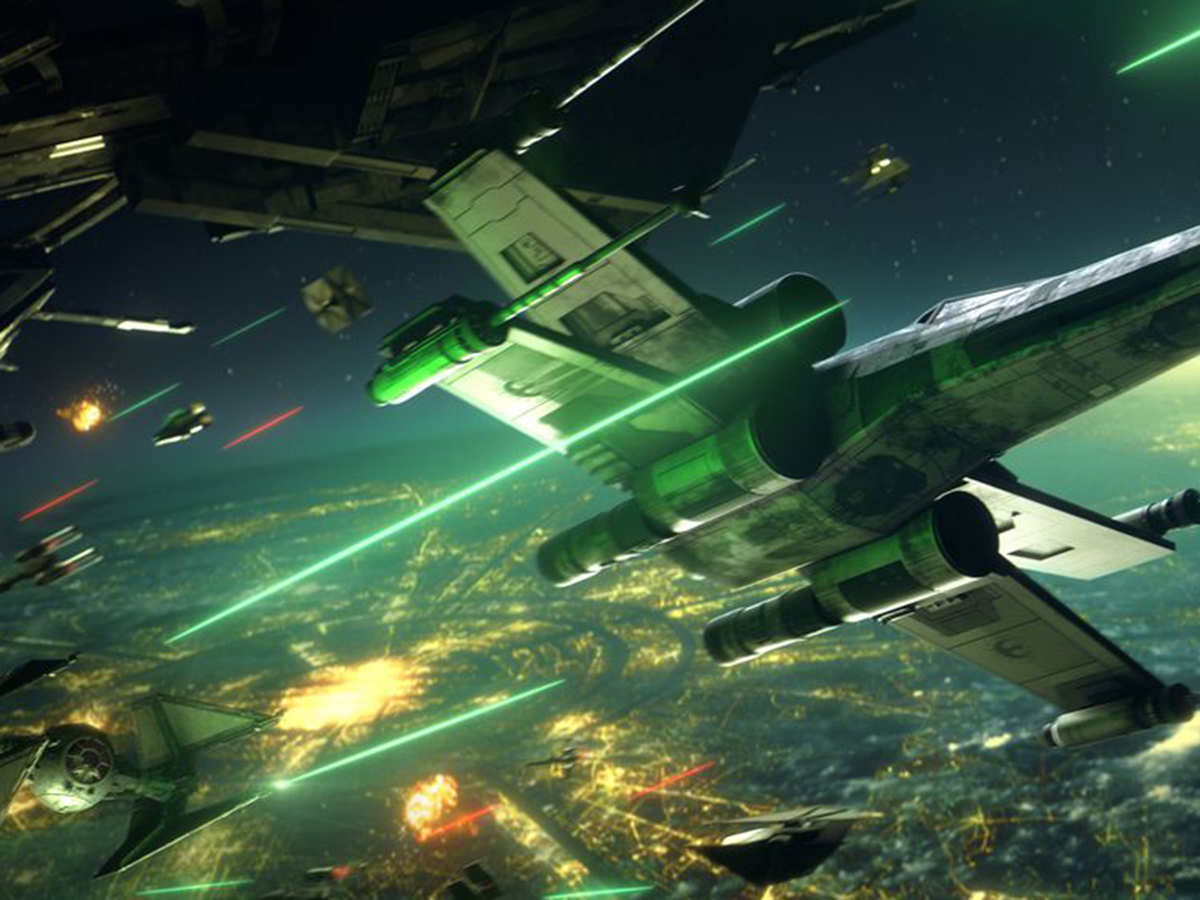 EA’s last venture in the realm of Star Wars multiplayer games was an extremely mixed bag. “Star Wars Battlefront II” was widely criticized at launch for its rampant use of microtransactions and an uneven progression system. Though EA did manage to improve the game as it continued to update and add content after launch, its disappointing launch soured fans to any and all subsequent Star Wars games produced by EA. This mentality created an uphill battle for the studio’s next multiplayer outing, “Star Wars: Squadrons,” which ditched ground combat for a solely starfighter experience. Thankfully, the issues that plagued “Battlefront II” aren’t present here as “Squadrons” delivers on outstanding space battles and phenomenal gameplay.

The starfighter gameplay in “Squadrons” is entirely different from what EA offered before in “Star Wars Battlefront II.” Played entirely in first person, “Star Wars: Squadrons” places players directly inside the fully designed cockpit of several iconic Star Wars vehicles. As they pilot these ships, players are given control of the starfighter’s engines, shields and weapons. Though that may sound obvious, “Squadrons” truly delivers on the immersive experience by allowing players to divert power from one system to improve another. For example, if you plan on flying an X-Wing directly at a star destroyer, you can transfer power to your shields to soak up more damage. Furthermore, you can even direct your shields to the front of your ship to provide more protection, at the cost of rear protection. Gameplay in “Squadrons” is filled with several of these strategic choices that are easy to access and difficult to master. To add to this, each faction (Empire and New Republic) comes with four unique classes of starfighter to choose from: fighters, interceptors, bombers and support.

First up are the iconic fighters that consist of X-Wings and TIE Fighters. These are the balanced starfighters that offer decent damage output while remaining durable. Next up are the interceptors, A-Wings and TIE Interceptors, which are designed for dogfights as they are the fastest starfighters and the most delicate. Additionally, we have the bombers such as the Y-Wing and TIE Bomber. These slow tanks specialize in massive damage output. And lastly we have the support class that consists of U-Wings and TIE Reapers. Support ships are designed to impede enemy squadrons while providing aid to friendly pilots. Each ship offers its own unique playstyle for players to tweak and perfect. Furthermore, your choice of faction also impacts your playstyle as Imperial TIEs don’t come equipped with shields (except for the reaper) but uniquely allows players to give an additional boost to weapons or engines.

Once you have found your ideal fighter, you are then given the ability to customize its loadout and appearance. With in-game currency (unable to be purchased with real cash), players can purchase different weapons loadouts, unique shields or specialized engines. This customization allows players to fine tune their starfighter to their unique play style. Cosmetic customization allows players to customize their starfighter, cockpit and pilot. Though there are plenty of interesting options, as players wiz by one another at a distance, paint jobs are often wasted and solely a personal touch.

Like “Battlefront II,” “Squadrons” offers players a single player story as well as a multiplayer experience. Allowing players to play two opposing storylines, “Star Wars: Squadrons” offers an entertaining, albeit unremarkable story. The two opposing narratives the players get to experience are those of Titan Squadron, starfighter pilots of the Imperial remnant and Vanguard Squadron, pilots who serve the newly formed New Republic. Taking place after the events of “Star Wars: Episode VI-Return of the Jedi,” Titan Squadron pursues a secret New Republic weapons project while Vanguard Squadron must defend it from Imperial sabotage. As the narrative unfolds players are provided with several entertaining action set pieces in space that largely boil down into a glorified training mode to get you familiar with the game’s controls.

Once you complete a mission you return to your Imperial star destroyer or New Republic star cruiser to chat with your wingmates and get debriefed on your next mission. Sadly, these interactions are often stunted and unnatural as they often talk to you and not with you since your character never responds. Fortunately, each character is well voiced and occasionally drops an interesting reference to something within the wider Star Wars universe. Furthermore, as you progress through the game you will meet familiar characters from Star Wars canon such as fan favorites like Rae Sloane, Hera Syndulla and Wedge Antilles as well as references to characters like Grand Admiral Thrawn and Iden Versio. All in all, the single player campaign provides plenty of epic moments sprinkled in with interesting characters to create an eight hour experience that is quite entertaining, even if it doesn’t reinvent the wheel.

After players have experienced “Star Wars: Squadron”’s campaign and get accustomed to the controls, they can confidently drop into its thrilling multiplayer. Admittedly, “Squadrons” is light on game modes, as there are only two at launch, but the low price tag and enjoyability of these modes makes up for the lack of content. These two modes include Dogfights, which has two squadrons of five races to get 30 kills first, and the epic Fleet Battles, which places pilots in the middle of a battle between two enemy capital ships. The goal of Fleet Battles is to earn enough morale (earned by shooting down enemy ships) to advance upon two enemy light cruisers before they can assault either an Imperial star destroyer or New Republic star cruiser. Both game modes are a blast to play and can offer a sizable challenge as you face off against more seasoned pilots. However, in my playthrough, I have experienced the occasional player drop where I am left fighting a full squadron alone and never receive any matchmaking reinforcements. Luckily this isn’t a frequent occurrence but a nuisance nonetheless. Players can also experience these game modes offline with AI enemies and test out their custom loadouts and hone their skills.

Overall, “Star Wars: Squadrons” hits it out of the park. Its thrilling and immersive starfighter combat is outstanding and keeps me coming back as I strive to perfect my loadout and playstyle. The story, though not overly remarkable, is enjoyable and offers epic moments and the multiplayer provides endless opportunities to experience the thrill of piloting my own starfighter against capable enemies. “Squadrons” is a great addition to the Star Wars gaming catalogue and well worth the purchase.

Verdict: “Star Wars: Squadrons” delivers on its thrilling starfighter combat and places you right in the cockpit of several iconic Star Wars vehicles. Epic gameplay, an entertaining story and great multiplayer game modes make for an amazing game well worth the low price.