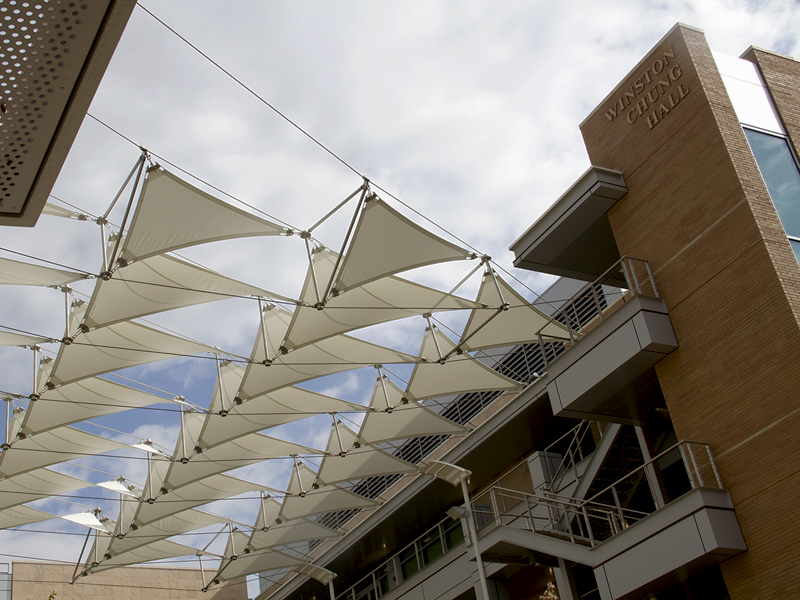 The Center for Spintronic Materials, Interfaces and Novel Architectures (C-SPIN) is a new nationwide research center seeking to unearth the future of microelectronics. Headquartered at the University of Minnesota, C-SPIN will focus on the development of spin-based computing and memory system technologies.

On Jan. 17, three UCR scientists and engineers—who are members of C-SPIN—received $3 million of a $28 million grant to develop microelectronic technology. Ludwig Bartels, Roland Kawakami and Cengiz Ozkan are on the verge of changing the systems of basic computers with the introduction of a spin-based system. The technology “will process and store information through spin, a fundamental property of electrons,” according to Iqbal Pittalwala of UCR’s science news.

The grant was awarded by the Defense Advancement Research Projects Agency (DARPA) and the Semiconductor Research Corporation.

The team has set out to research and test several spintronic devices and monitor the production of two-dimensional metal dichalcogenides—inorganic materials consisting of electronic components. Spin-based computing will merge memory and logic, increasing the efficiency of a device.

“Spin-based logic and memory based on the hybridization of magnetic materials and semiconductors have the potential to create computers that are smaller, faster and more energy-efficient than conventional charge-based systems,” stated C-SPIN’s director Jian-Ping Wang.

Five UC Riverside professors received $5 million as part of a $40 million research project aimed at improving nanoelectronics. They will be developing materials and structures that enable more energy efficient use of electronic devices, including cell phones and computers.

Professors Alexander A. Balandin, Alexander Khitun, Jianlin Liu, Jeanie Lau and Roger Lake are part of the electrical engineering department, materials science and engineering program in UCR’s Bourns College of Engineering. Lau is also a professor of physics and astronomy.

“This is the next generation of electronics. They will be advancing the state of art for the nanoelectronics… it’s a very non-conventional approach,” said Reza Abbaschian, Dean of BCOE. “It is a kind of project that is very much in our mission and vision for our college.”

Research will be conducted at the Center for Function Accelerated nanoMaterial Engineering (FAME), which will be located at UCLA and led by Jane P. Chang, a UCLA professor of chemical and biomolecular engineering.

Five other research centers will be located across the nation at UC Berkeley, University of Michigan, University of Notre Dame, University of Illinois at Urbana-Champaign and University of Minnesota. The six centers were recently established with $194 million over the next five years from the Semiconductor Research Corporation (SRC) and the Defense Advanced Research Projects Agency (DARPA). The funding supports the continued growth and leadership of the nation’s semiconductor industry.