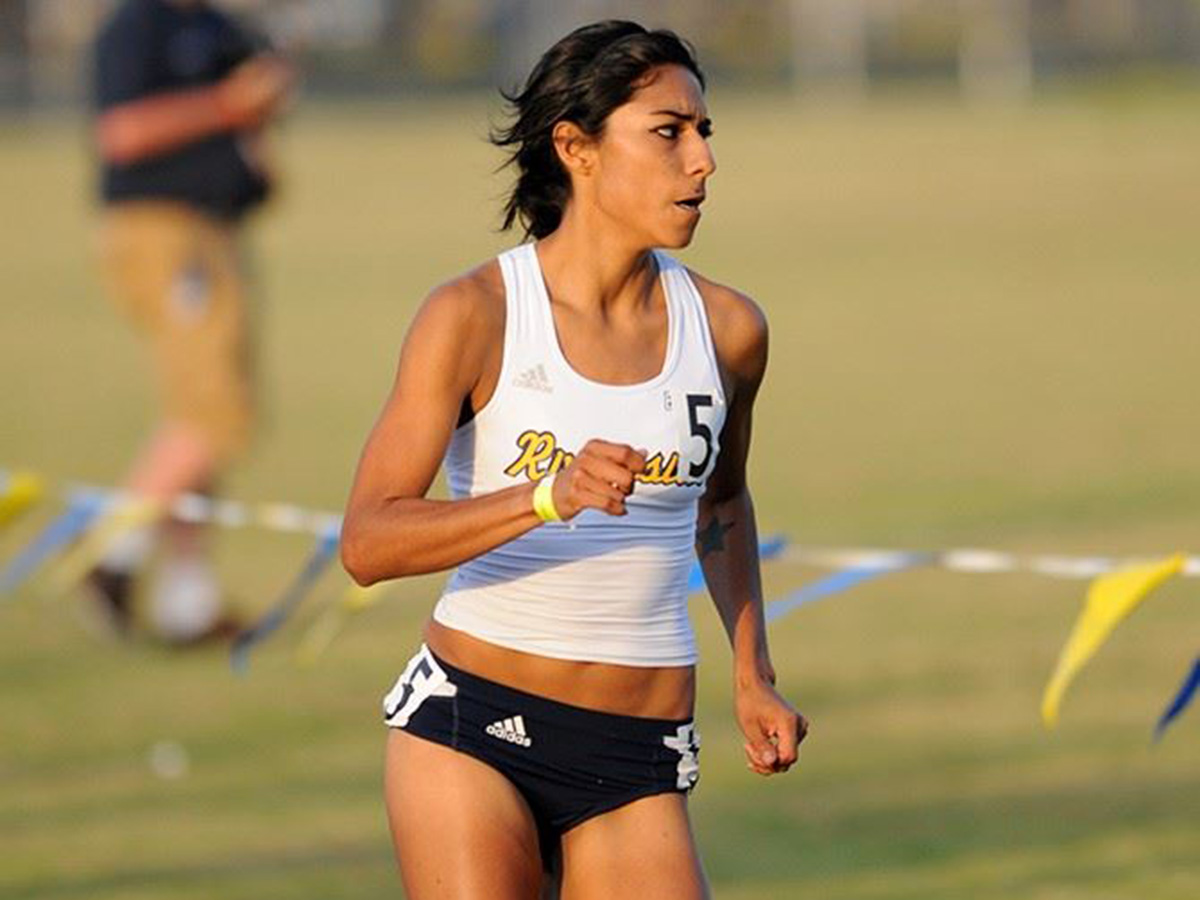 Brenda Martinez was one of UCR’s most prominent and outstanding athletes in its track and field history. Martinez graduated from UCR with a bachelor’s degree in sociology in 2010; though she is no longer a student at the university, the waves of her exceptional athleticism still ripple through the track program at UCR. She set impressive records for the Highlander track and field team and remains present on the record boards of UCR, having achieved the National Collegiate Athletic Association All-American award three times and many records in Big West.

Martinez’s impressive running career began in high school in her hometown of Rancho Cucamonga. She ran with her Rancho Cucamonga High School’s track and field club all four years. She holds the current record for the 800-meters, 1600-meters, 2-mile, and 3-mile. Her times for these runs were 2:16, 4:55, 11:12 and 17:28 respectively.

After high school, Martinez joined UCR’s track and field team. It was there that she continued to make a name for herself. Her impressive feats of athleticism in the different running events while at UCR would lead to her eventual participation in the Olympics.

Brenda Martinez was a force to be reckoned with in the different races she competed in during her collegiate time. In the NCAA, Martinez was named All-West Region in 2008. She also earned the All-American honors twice in 2009. In that same year, she won the West Regional in the 1500 run. In Big West, Martinez earned the All-Conference honors in 2007, 2008 and 2009. She was named 2009’s Big West Women’s Track Athlete of the Year. She has also earned seven Track Athlete of the Week awards. She won many races within the Big West Championship including: the 1500 in 2007, 2008 and 2009, as well as the 800 in 2008 and 2009. She currently holds the records for both the 1500 and 800. As if that wasn’t already impressive enough, Martinez also holds numerous records within the UCR track program. She currently holds the following: the outdoor women’s 800, 1500 and 5000, and she holds the indoor record for the mile and 3000 races. She was also part of the team that holds the records for the fastest times in both the indoor and outdoor distance medley relay in the history of UCR’s track program. To top it all off, she was named UCR Female Athlete of the Year in 2008.

Martinez’s impressive running record within the U.S.led her to many competitions abroad. Most notably, she broke her own personal record in the 800, earning her a bronze medal at the 2013 World Championship. Martinez was the first American woman to medal in this event. Her impressive running took her to the 2016 Rio de Janeiro Olympics.

Martinez currently lives in Big Bear, CA, and uses her running experience to host a summer running camp for local girls. The big strides she has taken in the different races she’s won have helped her take even bigger strides towards giving back to the community. As a first generation college student, she has made her family and herself proud. Brenda Martinez is an incredible runner with an extensive career that she can look back to with pride.