COVID-19 cases are continuing to rise, with Riverside County’s coronavirus-related hospitalizations doubling since the beginning of November. In response, just two months past its official opening, the UCR diagnostic laboratory has expanded, adding more space and staff members in order to meet the increasing demands of COVID-19.

The new additions include two graduate students who are now working part-time and assisting the regular staff, as well as an entirely new room for testing with a third pipetting robot and assorted equipment. The university also purchased a second thermocycler, a machine that performs the test analysis, in order to make the process faster and more efficient. 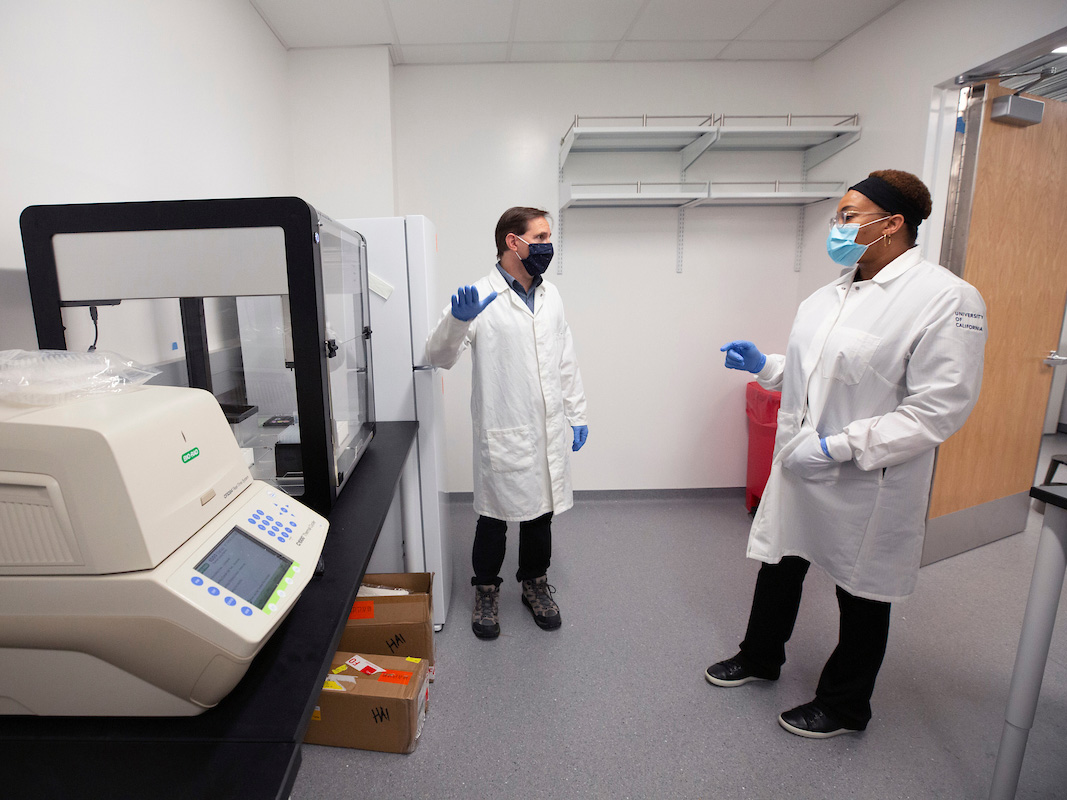 According to Kathy Borkovich, professor and chair of the Department of Microbiology and Plant Biology, the current procedure of testing involves the collection and analysis of saliva samples with a modified methodology derived from the University of Illinois-Champaign known as “SHIELD.” She affirmed that this technique is able to detect three SARS-CoV-2 genes as well as a positive control that is purposely dispensed into each sample.

With the laboratory expansion, Borkovich stated that their original goal was to reach proper processing of around 600 samples per day; however, they grew unsatisfied with the number and are now seeking to analyze approximately 900 to 1,000 samples per day. After reportedly having opened the laboratory for a couple months, they began identifying issues that had been limiting their abilities, allowing them to successfully surpass 300 sample analyses during just one testing run of three per day.

In spite of the progression, Borkovich asserted that she and the other lead of the laboratory, Isgouhi Kaloshian, professor and chair of the Department of Nematology, are far from complacent. “Since we are university scientists, we are always trying to improve the testing protocol and our processes,” she stated. As of now, they are working to better their cooling procedures for samples and to provide long term storage for reagents in the near future.