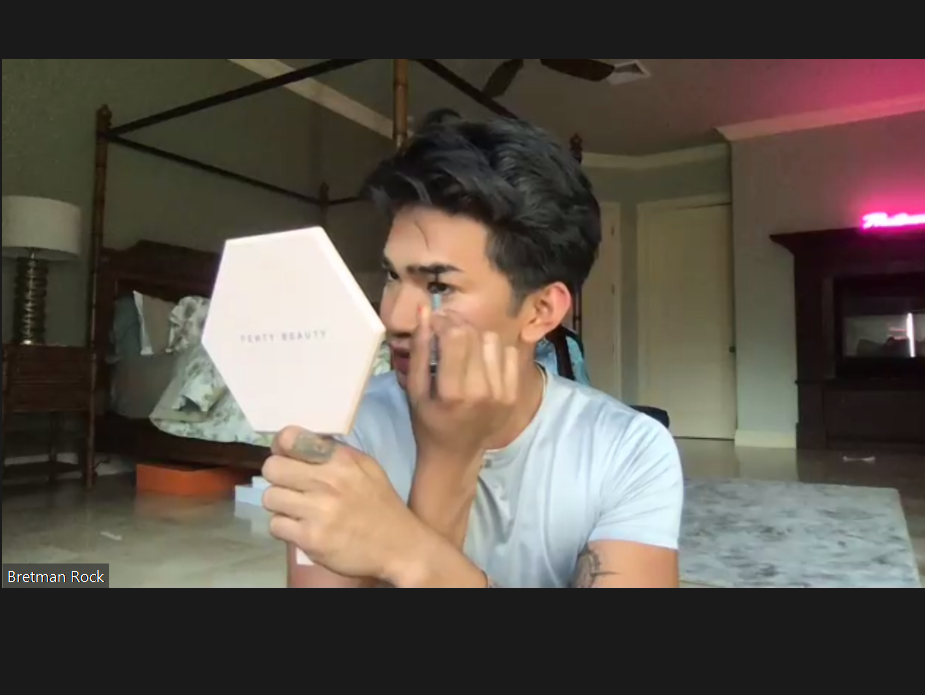 On Tuesday, Nov. 25, ASPB held a Q&A session with Bretman Rock. The event was co-sponsored by the Asian Pacific Student Programs and the LGBT Resource Center. Rock is a Filipino-American influencer who has received worldwide attention for his YouTube videos, most notably known for his makeup tutorials and vlogs. Since his career began, he has gained over 7 million subscribers on Youtube and over 15 million followers on Instagram.

The event ran from 7 p.m to 8 p.m. Kim Vo and Lena Mousa were the co-hosts for the evening. At the start of the event, they encouraged students in the chat to submit their questions in the Q&A feature on Zoom. Those whose questions were selected received one-on-one time with Rock, where they could turn on their cameras and mics to ask him their question. Many of the people in the chat were eager to meet and talk with their idol. Mia Lux Alabad wrote that she has “been watching [Rock] since [she] was 12.” Mya Maddox stated that she loves “how Bretman be minding his own business. He don’t be trynna get in the drama. He be thriving on his own love like that.”

Rock dialed into the Zoom call from his bedroom in Hawaii. Throughout the Q&A session, he sat on the floor doing his usual makeup routine. At one point, he shared that during quarantine, he’s been acquiring new hobbies, such as sewing. He shared that “everyone should learn how to sew at some point.” He found the hobby useful because he has been able to sew his own masks and mend tears in his clothes.

Rock answered questions about a variety of topics, such as his experience growing up in Hawaii and his desire to travel to more places. When asked which person has inspired him the most in life, he responded, “My dad inspired me to be the person I am today.”

When Simrithi Sethupathi asked him what his favorite makeup look has been so far, he replied with his red carpet look for the “Mulan” premiere. During the meeting, he also revealed that he will be doing some voice acting for Disney, though he could not reveal too much about the subject. Rock has been an entertainer for years, and he claims he would like to focus more on advancing his acting career.

Rock was genuine in his interactions with student fans. He encouraged everyone on the Zoom call to “do everything with confidence.” In particular, he was happy to see how many other Asian Americans attended the event and “how everybody’s questions are so different from the ones I usually get.” Unfortunately, due to the overwhelming number of questions students wrote, not everyone’s questions were answered. However, Rock did a good job of answering as many as the time allowed for.

This event was a fun way for students to talk with a celebrity that many admire. His easygoing, confident attitude kept everyone engaged and interested in what he had to say. The ASPB has helped bring many well-known faces to campus. After this event, students are eager to find out which celebrity will give the next guest lecture.