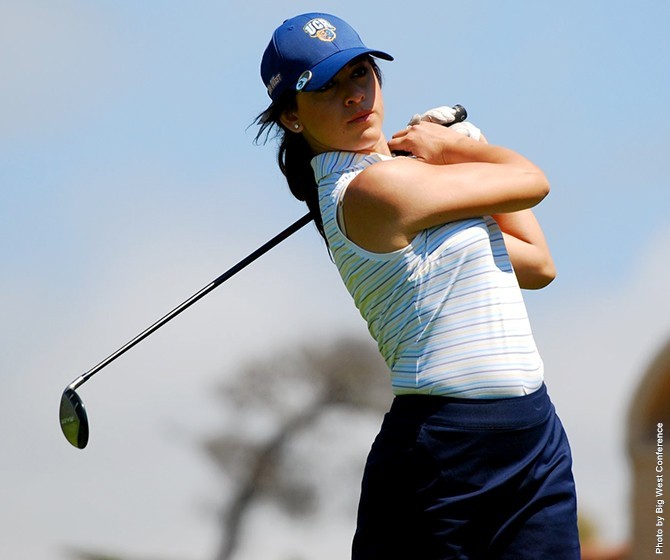 The UC Riverside women’s golf team recovered from a sluggish early round start to earn a top three triumph on day two of the Folino Invitational. The Highlanders started the tournament off in eighth place after one round of play. Gonzaga opened in first place and held their lead through the tournament for a final score 902. Boise State placed second, while Portland State and Wyoming tied for third place. UCR had three players within the top 20 of the individual standings.

Riverside bounced back in the second round as they were the only team to hit below 300 with a score of 299 for second place. However, they would slide back one spot to third after hitting 302  in the third round. The Highlanders wrapped up the round 65 shots above par.

Highlanders Savannah Vilaubi and Brittani Ferraro were tied for seventh place hitting 79-70-78 and 75-79-73 respectively. When the tournament was all said and done, Vilaubi and Ferraro both hit seven birdies. Both players were 14 above par with a total score of 227. Gonzaga Raychelle Santos lead the tournament in first place with a score of 218 (74-74-70).

Head Coach Eric Riehle was ecstatic about the way his team bounced back after round one. “Having been the first competitive college [tournament] round the past three and half months for this team, I wasn’t surprised about the very ‘average’ first round in last week’s Folino Invitational; [the team was] filled with a few nerves and trying to find our footing out there,” said Coach Riehle.

“However, in both the second and third rounds the team really responded and got back onto the track that we left in the fall. With positive thoughts and ball striking we were really able to have a strong finish and result in the event,” continued Riehle. “The girls played very nicely, highlighted by T-7 finishes from our two sophomores Savannah Vilaubi and Brittani Ferraro. They lead the way along with great supporting tournaments from two seniors, Amelia Ek and Christy Fogerty.”

When asked about the upcoming tournament, Riehle said, “The entire team is in a great frame of mind and ready to take on some tougher competition as we make our progression in tournaments towards the Big West Conference Championships.”

The golf team returns to action Feb. 25-26 at the UC Irvine Invitational.