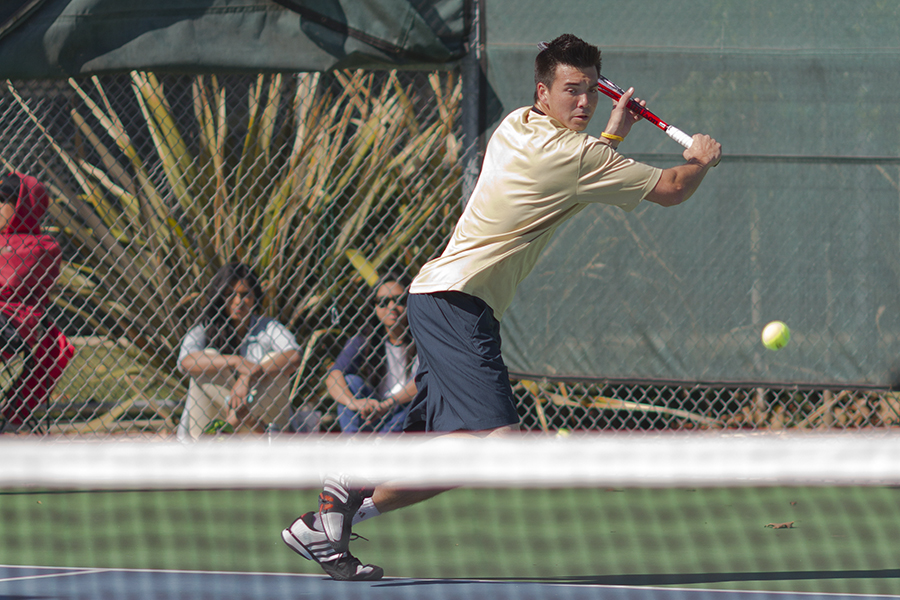 The UC Riverside men’s tennis team was only able to win one point in their 6-1 loss to Saint Mary’s College. Highlander Luis Gastao earned the single point for the Highlanders when he defeated Saint Mary’s player Joakim Norstrom 6-3, 6-3. The defeat came in singles play.

Marcus Vizcarra was another bright spot for the Highlanders. Vizcarra fought valiantly in three sets against Thomas Hunt. Vizcarra would go on to lose the match at the end, 6-4 3-6 6-1. In doubles action, Jimmy Roberts and Simon Peters were defeated by Jesse Kiuru and Norstrom 8-1.

The Highlanders were unable to pull through in their doubles matches to score the team points.

The Highlanders are now 2-8 overall and have lost two straight after their victory against Northern Arizona Feb. 16. They are 1-1 at home, 0-4 away and 1-3 in neutral sites. The Highlanders look to take advantage of its schedule as they will spend the first two weeks of March with five matches at home. Three matches are at Andulka Park and two at the Canyon Crest Country Club. The tennis team will start their home stretch against Vanguard on Monday, March 4, at Andulka Park at 12 p.m.